Two double rewards topics at the same time, miraculously amazing and rarely or perhaps never offered opportunity in bitlanders. The topic is more specific this time unlike the previous double rewards in which we had to write about the survey chat only.

Before moving to our main topic, I will put readers' attention towards Micky's latest blog.

As per the blog,

All blogs about Gelato that are submitted for review will receive double rewards. Tell us what you prefer (gelato or ice cream), your preferred brands, how much of a sweet tooth you have, etc.

The deadline for double rewards is June 17. 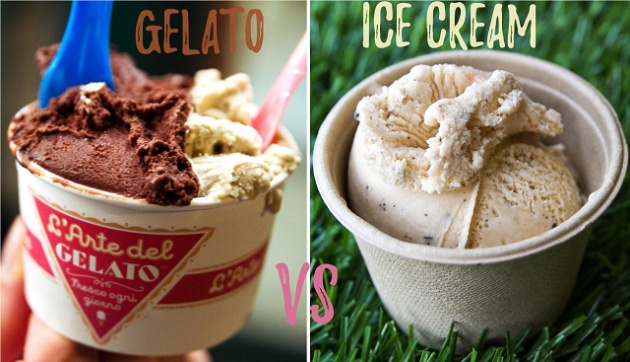 (This image is taken from Seriouseats.com and edited by me)

The first time I was introduced to the term gelato was few months ago when a shop opened near my house named Alpine Gelato. At first look, it was looking same as regular ice cream and I was assuming that it is just a new flavor that is very hit. But just after I tasted it for the first time, I came to observe some dissimilarities between the two which were not just flavors. Gelato was not very cold unlike ice cream and it melted comparatively slowly.

Both gelato and ice cream are cold and simply eaten as dessert or snack. A very clear difference between them is the name. Gelato is an Italian word while ice cream is not just an English name but also composed of two words. Both of the said sweet desserts are frozen and you can simply call both as ice cream. If you translate gelato into English, you'll see that the English of gelato is ice cream. Typical factor that makes contrast between gelato and ice cream is the composition if the ingredients.

In general, both contain milk and cream but gelato has relatively less cream and more whole milk. Also, it has very low percentage of fat than its rival. It's produced from nuts and fruits and just like ice cream, it also contains artificial flavors. Ice cream contains more fat because of eggs and more cream than milk. Gelato has no eggs or sometimes it has eggs but less than ice cream. 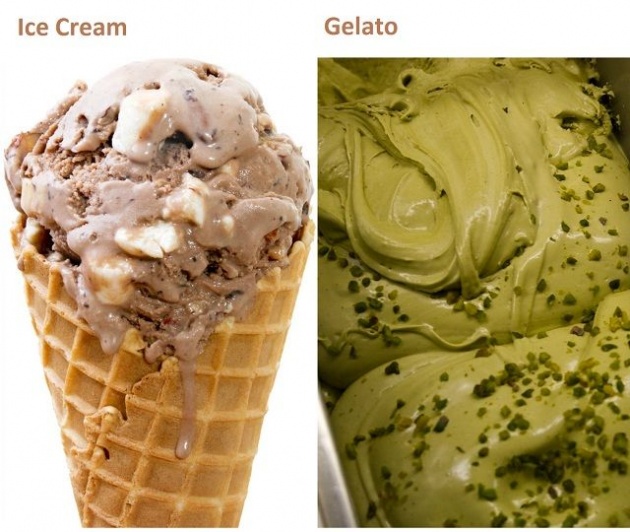 If you have tried both, you will notice that gelato is denser and rich in taste and flavor. Ice creams are more fluffier than their Italian version and you will feel less pleasure in a mouthful of ice cream than gelato. These all are simple differences between the two. I'll tell my preference later in the post.

Here is a video showing differences between the two.

(This video is taken from YouTube.com)

Now, it's time to move to our gelato vs ice cream survey chat to see what bitlanders says about it. 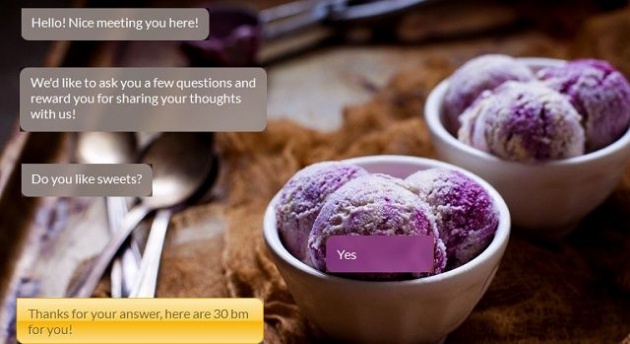 Since the survey chat started, we have been giving questions related to said topic. The survey is fairly nice and enjoyable. It's also good for those people who don't have knowledge about gelato. You can take the survey simply by following this link or on bit-miles.com. Remember that the survey is not available every time for everyone. If you have already taken it, may be you will not meet it again.

I've taken the survey and I'm gonna discuss with you guys some of the questions and my answers.

I don't mean ice creams are poison to me but if there is a choice, I would go for gelato. I have described main points that make ice cream different from gelato. So, it is easy to understand that gelato is healthier. We get almost half the calories in gelato than same amount of ice cream. Gelato is not famous only for being relatively health friendly but also more tasteful. Speaking of taste, I would like to try gelato because of its better taste than normal ice creams. If we consider health and weight, sticking to gelato instead of ice cream will be beneficial. 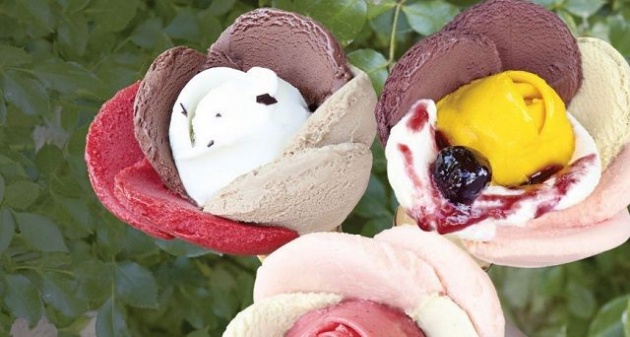 (This image is taken from Amorino.com)

There is a plenty of foods available which can be eaten as dessert as well as snack like doughnuts. Gelato can also be consumed in both ways. Because of being stable in rather higher temperature than ice cream, gelato can be eaten without being in a hurry. You can buy and eat in your car or while walking along the street. It will still suit if you eat it after a meal because of being less caloric and less heavy. It depends on the mood and time what would me or someone want. 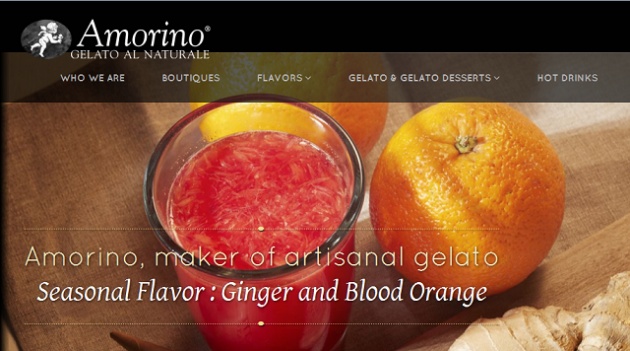 (This image is captured from Amorinio.com)

I ate only once in my life and it was months ago, that's why I didn't remember any of flavors. In the survey chat, I read about a gelato brand's website where they serve different kinds of flavors. One can choose from gelato desserts and also snacks. But it is available only for those who are living in U.S.A, some European countries, few Asian counties and in U.A.E. You can go checkout their products and nearest location in your city here. 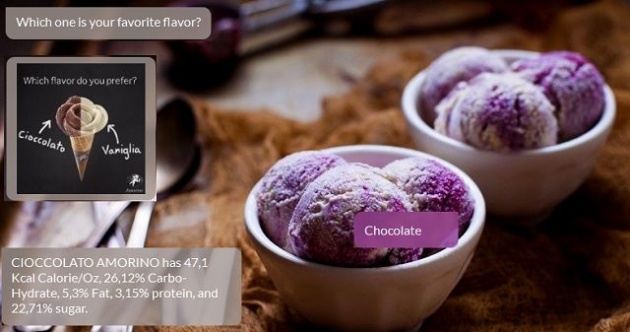 Cioccolato is an Italian word which means chocolate in English. Cioccolato Amorino is a flavor served by Amorino. In English, we can call it chocolate flavor. South American cocoa is used in its production. The company claims the said flavor to be 100% unique that cannot be found in any other gelato brand. This was the question asked in survey chat and I answered my all time favorite flavor chocolate.

That's it. Thank you for stopping by!