Hey guys , hope you are fine and enjoying bitlanders new yummy topic Gelato , in this topic we explained you about this type of Ice Cream and what is the difference between them . Before we go further let me tell you about Micky's comments about this topic

all blogs about Gelato (inspired by our Survey Chat and its content) that are submitted for review will receive double rewards. Tell us what you prefer (gelato or ice cream)

So guys please hurry up to get this double reward offer as the offer valid until 17th June 2016 , i am feeling very excited that Bitlanders gives us opportunity to reveal the rewards on two main topic Gelato and Sports & Social Goods so friends don't miss this chance and get all the double yummy taste on these topics .

The main focus in this blog is to give you information about this type of healthy and hygienic ice cream and what is the main difference between a ice-cream and Gelato.

The history of Gelato is very numerous and contain a very small statement on it , Some people's concept is that dates back to frozen desserts in Sicily , some say that ancient Rome and Egypt made it from snow and ice which is brought down from mountains. The most interesting fact in Gelato is that now day by day its taking the place of normal ice-cream and people getting aware from it.

(Image Source: manolo.com & edited by me)

Gelato is an Italian word for ice cream , usually we used the word ice cream in English but in Italian term for ice cream used as Gelato. Gelato made by base of milk, cream and sugar, basically Gelato is full of healthy flavors like fruits and other flavorings. Gelato is higher in sugar and lower in fat than other type of ice creams which is really a attractive part of its lovers. Typically it contains less air and healthy flavoring more than other kind of frozen desserts which makes it taste so delicious and distinguishes from others.

The type of Sugar used in Gelato are sucrose, dextrose and inverted sugar which controls its sweetness, in Italy there is a law about Gelato fat which must be at least 3.5% butterfat, so mainly this is the best healthy and tasty type of ice cream which never makes you bored from its delicious flavors. 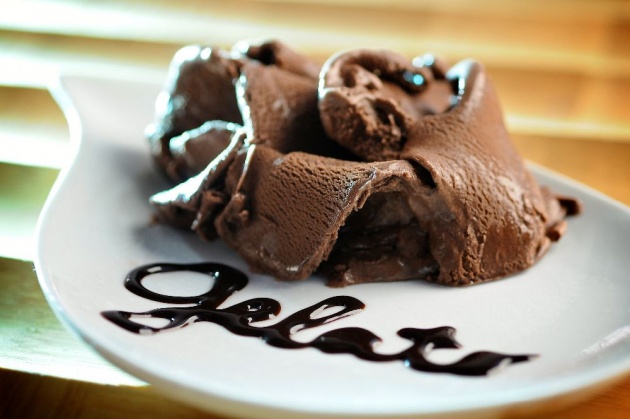 Difference between Ice Cream and Gelato 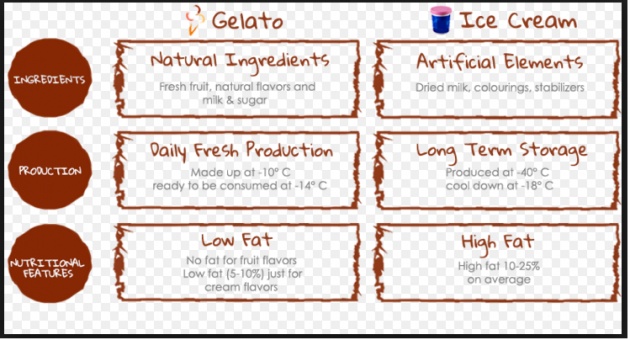 The key ingredients of any eatable things are most important part so in Gelato Natural Ingredients are used like fresh fruits ,natural flavors, milk and sugar but in normal ice-cream all the flavors are artificial like dried milk, artificial colors and stabilizers which are not so good for health.

Gelato produce its daily fresh production at -10C and ready to be consumed at -14C for its lovers as compare to other ice cream its produced at -40C and cool down at -18C so Gelato is better to be eat at any time.

Other type of ice creams have high fat because of Sugar contain but Gelato is no fat for fruit flavors and low fat as 5-10% just for cream flavors, so its totally pure and best for health as well.

if you have tried both version of ice cream like Gelato and simple ice cream you simply know that other ice cream is not rich as Gelato and its feels so much healthier as well, i personally like Gelato Cioccolato flavor too much.These are the three main points which i noticed in my experience about Gelato and i hope when you guys try this you also said the same.

The best part from which i am writing my thoughts and opinion for Gelato is Survey Chat for Gelato Ice Cream , i am eating since last year but when i saw the chat with Micky about Gelato and give answers about it i am so shocked and excited that Gelato is so much famous all around the world and not only me many or hundred thousand of people love to choose Gelato rather than Ice Cream , ice cream is not a bad thing to eat but if you guys ask from me what is best between them then i personally recommend you to go for Gelato.

let's see what is about Gelato in Survey Chat with Bitlanders 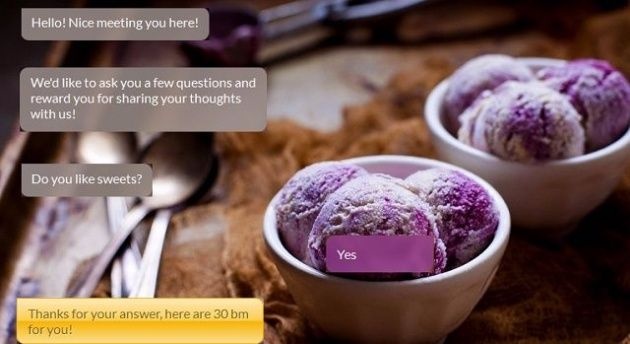 if you guys wants to know about Gelato with Survey Chat you just follow the link Bit-Miles and check the latest Survey Chat with Bitlanders team , hope you guys learn more about it.

The best flavor which i like most is Cioccolato Amorino , Cioccolato is an Italian word which meaning in English is Chocolate and served with Amorino , the company which makes Cioccolato claims that this type of flavor is 100% unique and can not find in any other flavor of Gelato , i like Gelato and know about this type of ice cream from one year ago as in my city Islamabad a branch of Manolo Gelato is opened and when i visited it first time i am so much confused that what i am eating and what is new in this ice cream but later on i discovered that this is the best ice cream i tasted ever and personally i recommend all my family and friends to go and visit it .

Hope you guys enjoy my this blog too , next time i will come up with some new things and about more on them, till then take care and enjoy yummy and tasty Gelato with your loved ones!!! 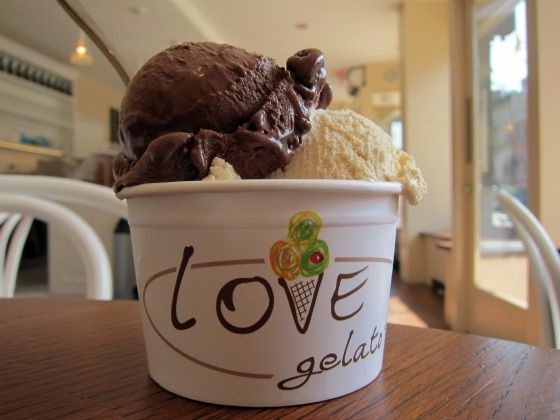 Thanks for reading my blog , byeeeee