General Franco is Proclaimed Chief of the Spanish State 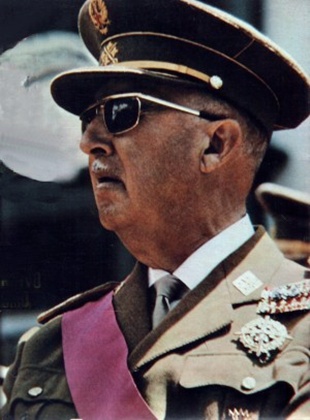 On October 1st, 1936, General Francisco Franco was proclaimed Chief of the Spanish State.

This event happened during the Spanish Civil War, which had started in July of that year. The civil war continued until April 1939, leaving Franco victorious and military dictator of the country.

Dictators are, almost by definition, not terribly nice people, and Franco did have thousands, possibly hundreds of thousands, of political opponents killed. During World War II, despite having had support from Nazi Germany and Fascist Italy during previous years, Franco remained mostly neutral, at most allowing German vessels to use Spanish ports for a few years. Rather surprisingly, by his death Franco had restored the monarchy, with King Juan Carlos I being his successor. The king restored the democratic system.

On September 6th 1522 the Spanish carrack Victoria arrived back in Spain. The Victoria was one of fi…

Hi everybody, I'm new at this social network and I don't know exactly how it works. How can I get bi…