It’s true that Type-2 Diabetes is a lifestyle disease, but researchers have discovered some genetic roots to certain people who are precariously vulnerable to this monster’s onslaught. Scientists working on Type-2 Diabetes have noted certain genetic traits that causes the disease’s affinity to some people. The characteristic common traits of most Type-2 diabetics happen to be primarily Insulin resistance in muscle cells. This is usually followed by a rise of insulin levels to counter-effect the resistivity and finally a fall in insulin production due to incapability of the pancreas in meeting the requirements. Why this happens however is much more complicated. There are various clues that modern research is providing us, but most happen to be yet under research.

There has been a note of elevated levels of free fatty acids and hormones resistin and leptin and their action in increasing insulin resistance. They have also been noted in obesity patients. Whether these hormones and fatty acids have a role in diabetes or are just another part of obesity is still in research. Calpains, a type of protein have some effects in both insulin action and secretion; research is on whether diabetes is related in any way and whether calpains could render help to Type-2 Diabetics. A surge in growth hormones in overweight pubescent adolescents is also a cause of insulin resistivity. Research has also shown that irregular regulation of peptides amylin and CGRP causes alteration in blood flow, a major cause of insulin resistance. In 2001, researchers found elevated levels of IL-6 and CRP in Type-2 Diabetics. Both of these are markers for inflammation and damage due to immunological hyper-reaction; studies are still ongoing in understand the disease process of Type-2 Diabetes.

There is a Genetic side of this story which is just as complicated as obscure, with most data still in hypothesis and under research. To understand why this Monster can affect some of us more than others, it is important to know some basic facts like impairment of beta-cells and how it affects us. Some genetic suspects have also been identified.

MODY, or maturity-onset diabetes in youth is a rare genetic version of Type-2 Diabetes that develops in Caucasian teenagers and is unassociated with the obesity related variety. Research indicates that hereditary factors play a major role in Type-2 Diabetes in middle-aged Caucasians apart from the lifestyle factors.
Defective FABP2 genes may cause an unhealthy build up of fat molecules, particularly triglycerides which may lead us to links between obesity and insulin resistance in Type-2 Diabetes. Defective LpL also shows us similar possibilities in coronary disease and Type-2 Diabetes. Likewise, defective genes that monitor a molecule PPAR gamma can show us relations of high blood-pressure and Type-2 Diabetes.

Wanting to know more about diabetes? Below are the links to various information of diabetes . Click and go!

Another study shows that defective genes that regulate the protective substance beta3-adrenegenic receptor in visceral fat cells in the abdomen cause high insulin resistance as well as obesity. Metabolism slowing down is a major symptom of this condition; as found in Pima Indians who have had a drastic increase in Diabetics in their population. Scientists call this the “Thrifty Gene”, once used as a survival tool in their nomadic lifestyle. When food was scarce with seasonal changes, the body made some hormonal adjustments to increase insulin resistivity and store fat. But with their nomadic, active lifestyle and scarcity gone, and with the availability of high carbohydrate and fatty foods easily; the gene once useful for surviving a famine or seasonal scarcity is adversely causing obesity and Type-2 Diabetes. 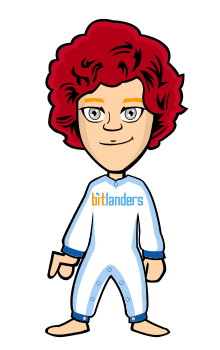 The component of genuine Hoodia is an effective appetite suppressant. Therefore, Hoodia diet pills a…

YOUR BODY ON SUGAR

YOUR body ON SUGAR The sweet stuff is so terrible for out fitness, some experts need it regulated li…

I found a cure for diabetes: Sarah

Sarah Hello, her name is Sarah and she always been told that her diabetes was incurable, and she wo…

Learn the symptoms of diabetes. If you're exhibiting any of the following symptoms, contact your doc…