•Vanes are pushed completely in the bore-hole and then rotated
•Rotation of the vanes produces the shearing of the soil
•Magnitude of the torque T at the failure of the rotation of vanes i.e. when the vanes are unable to rotate at all. The torque necessary to rotate the vanes is a measure of the shear strength of the soil. Applied torque T is directly proportional to the cohesion C among the soil particles. The relationship is given by:

T = Cp (d2h/2+d3/6), where d and h are the diameter and height of the vanes of the equipment, respectively 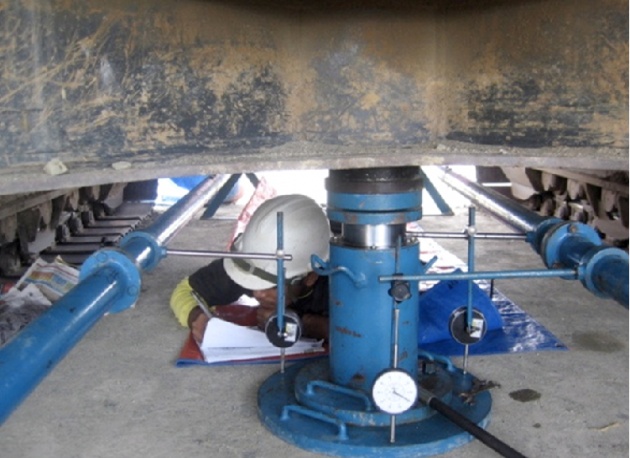 Some important Terms used in these context:
Rock Mass Classification (RMC): Rock mass classification systems are used for various engineering designs and stability analyses. These are based on empirical relationship between Rock Mass Parameters i.e. condition of rock being: Intact, Stratified, Moderately Jointed, Blocky, Swellable, etc and Engineering Applications such as Tunnels, Slopes, Foundations and Excavations. The first Rock Mass Classification System in Geotechnical Engineering was proposed by Terzaghi in the 1940 for the tunnels with steel-set support. 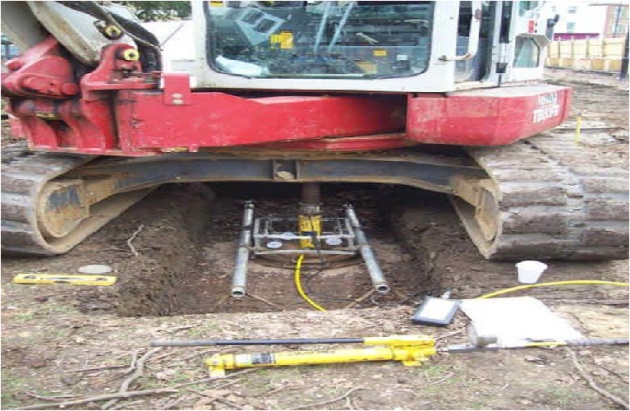 “International Society of Rock Mechanics, USA” describes it as a test on the core samples of at least  ̴ 55 mm (dia) NX drills (solid carbide drills made up of Al Ti N: Aluminium Titanium Nitride).

The drilled core segments even if they get broken, are placed in a series one after the other in a wooden box. Total length of the solid core along the axis is measured for a drilling core run (length) of 150 mm. RQD is calculated with the following relationship:

Under the New Bridge (Lapu-lapu, Cebu)

Under the New Bridge (Lapu-Lapu, Cebu)…

Driverless trains could soon be a reality for Kolkata Metro commuters in 2018. There is a target tha…