Get Off My Junk

At the precipice of presidential elections in America, news media corporations instigate a barrage of clandestine activities in search of junk. The nastier the better, onslaught on presidential candidates saturate the airwaves, print and online media in attempts to defame individuals on the campaign trail. A benefit of doubt is in order as they attempt to ‘inform’ the citizenry, but when such information has no use for national development, let them remain in the junkyard. Governor Romney got unlucky, his junk found way to national television. While addressing a private gathering a not so private member recorded his speech that exposed his disdain for citizens depending on government subsidy programs. What the heck, George Bush publicly detested gays yet still served two terms. So to Romney tell the media “get off my junk”. 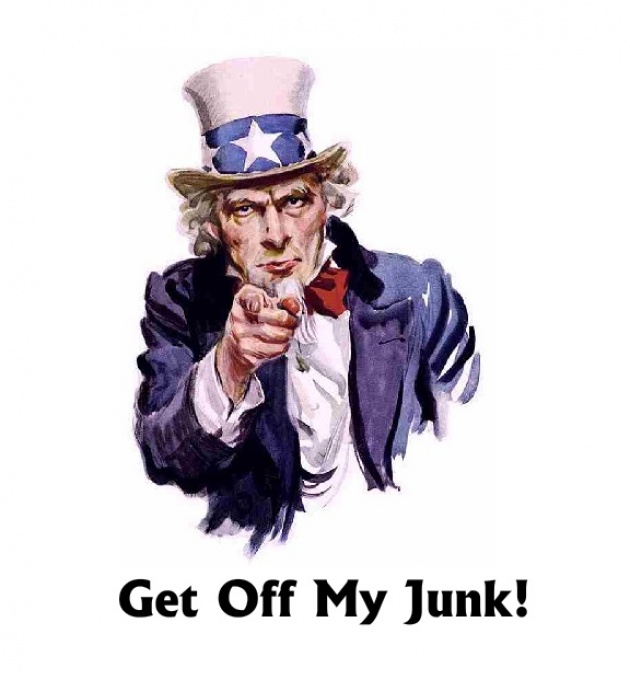 The news media outlets have abused Americans, yes intellectually by trading in gossips and half-truths. Remember Sarah Palin’s gaffe when she insinuated Barrack Obama is a distant relative to Saddam Hussein and would sympathize with terrorist once elected. Now, that is made-up-junk, the other side of junk business. When you guard your junk, someone will make it up and distribute to the world. After the smear campaign, Obama campaign team embarked on an Alaskan expedition, trawled back bucket full of Palin trash, and lined them up for journalist to wade through.  The important questions get lost in the mud fights.  Healthcare, unemployment, recession, housing and education get secondary mention. Congress should step up and enact a law that prohibits junk talk in presidential debates and campaigns otherwise Uncle Sam will point you next time and say, “I want you for junk work”.

The American democracy is a façade, or at least that is what the data portrays. For the past seventy years, certain states have voted either republican or democrat all through thereby setting a default political perception. This negates the principles of democracy, citizens should or must subject choice offered to the rigor of thought and rationalize the decisions, a model far from practice. The junk enterprise is a major contributor to these preconceptions, decades of misinformation and petty talk led to a populous not willing to do the thinking and engage in progressive discourse. The elections may be free and fair but far from junk influence.

From an early age wanted to be an Electronics Engineer, changed that to Software Engineer and now finds pleasure in studying and experimenting with artificial intelligence, computer graphics and behavioral economics.