Giving Tuesday was created in November 2012 in 92nd street Y in New york City.Basically it is cultural centre that was established in 1874 with the collaboration of US Foundation.Giving Tuesday is becoming movement that purpose is to support the spirit of giving all over the Globe throughout the year and to organizing the Campaign and Events.

It is Platform for those who have the potential to do for other with a cause in the mind and it is also day which is celebrated each year in December ,1 fueled by the social media with keeping in view the black Friday and Cyber Monday.It also Boost the charitable purpose up.The Communities with the common purpose unite on a platform with a common purpose that with the one Agenda to celebrate and encourage the movement of Giving all across the Globe.

The Impact of Giving Tuesday by the Social Media

Giving Tuesday has a great impact on our lives by the use of social media like Fackbook,Twitter and other social interactional websites.With all due in this respect 32.7 Million Twitter Tweets with 750,000 hashtages and impressions about 15.4 Billion on print and electronic Media which is most impressive one and also building relations in other countries working for the same cause collectively.

Becoming the Part of Giving Tuesday

Related to the Independent sector

As an ordinary people one can join and be the part of Giving Tuesday and can boost his motive with this platform by the habit of giving and promote the culture of giving.Just find a way to get your family and other friends close.Your company or organization can support the cause of giving and even more.

Ways of getting Involved For the Cause

So far there are many ways to get involved in For the cause of Giving.Online registeration is required and the most reliable and flexible way of getting involved.Because of this Platform the Awareness is forward around the Globe and the sector is also establishing, while supporting the members and other organizations. 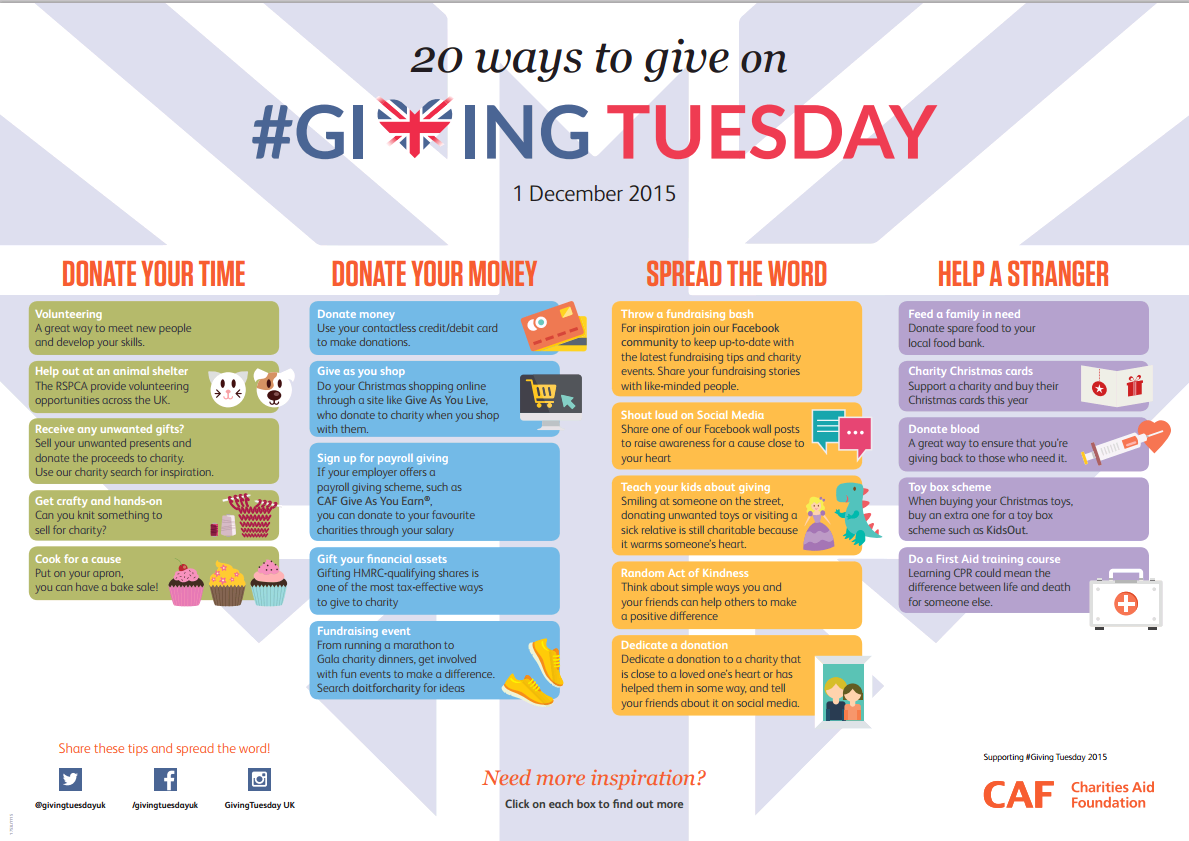 1) The Launchpad of Giving Tuesday

Giving Tuesday basically as a launchpad that supports the charitable purpose not only one in year just organize one event and so on;it is he on going process so far with the open heart that starts normally in the holiday season (near Christmas) and the activities getting faster and faster as the time comes closer.Generally the campaign starts at the end of the year to encourage the donors to give more and more.

As an individual you can not present a better and impact full Giving program so Giving tuesday as a platform to you to promote your profile and to start asking for small donations and to further move on with the project.

2) Ask about the deal From Donors

Like the black Friday and Cyber Monday because it is a discount time and deals should be made with the prominent donors in days of Holiday for the fundraising and to offer a buy one get one free discount deal on purchasing items and  by this way of doing so the impact of the donation will be double as expected in previous years.

3) The corporate social reponsibility as a volunteer

There is a common practice for the volunteers to take a part in the service that they like the most and start their campaign as a volunteer or working under any other organization.It is as save as possible and you can drive a campaign for your selective organization.

4) Putting a tag for an Impact

The price tagging is another obvious method to impact the donors, in this way by telling a story to the donors and telling them that their money has a worth and before putting them in the stores online make sure to put the tags on the virtual goods available for sale.This step may be harder but if by making making correlation campaign with the associated organizations to tell the donors a collective story and to raise the money for them in this association.

In today's business market everything is socialized and its easy to say anything to anyone anywhere in the world within no time and if posting something helping the cause the communities take part in it and the large audience.The business deals confirms on the spot and the social media like twitter ,facebook and other promotional tools like print and electronic media always their to help the cause at anytime. IndieGogo and the locl Event organizing in Nyc for the Giving Tuesday and Event is also engaging near about 200,000 supporters around the Globe online many of them coming through Twitter and other social Media and 32 charities sharing their stories and they are in act together for the same cause and fundraising.Its an impact hub formulated under the software developed company which works online for fundraising called " Givkwik " and around 275 registered attendees owned by the NYC.

Invitation is received by the register candidate whether an individual or related to nonprofit organization and the phase remains within September 15 to October 31.

The causes should be reviewed and approval should be made to participate and this phase remains form October 31 until November 9.

3) Selection of the best cause

The online GIV.NYC team members select the best cause within November 10 to 23 November.

The best 25 causes should be selected but this is not enough to make it even more tough evaluate the top 10 cause and this is to be selected by the large audience on the December 1st on each Year.

5)Announcement of the Grant

The announcement of the grant should be made on the very next day of the event on December 2. 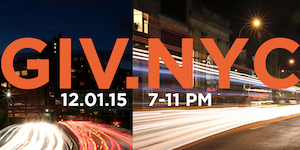 The team members of the company sat together and prepared the tool kit for its users to get benefit from it and to deal with the requirements and related to Giving Tuesday and to develop a better plan online for the Givkwik ad online voting and to promote your cause.In this way its easy to prepare the big idea for the Giving Tuesday.

There are certain things that are essential to develop a good Idea and also making it easy for the next goal that is to win the Grant in the Event by the help of strong campaign and those are as under.its a kind of resume to get involved for the online services for the good cause.

This is the world in which we are living is real so make it more interesting by using mega Messages when you are giving interview to the news or printing press, your staff, donors ,or either you working as a volunteer you need to promote the cause of Giving Tuesday at the highest level.Use those type of Mega Messages as under

Giving Tuesday is a call to action to bring closer the diverse organizations and the communities around the world to come and collectively Give Back.

2) Basic Idea behind the campaign

In this way the idea should be most loud and clear that is to Give back for the certain day and the purpose is to raise the funds as much as you can.Anybody anywhere and any time one can get involved in the cause.Giving Tuesday is an opportunity for the fundraiser to become the part of it either or to donate.Playing a partnership role with the sponsor for the challengeable grant to collect.

The Role of social Media in the successful Campaign is very important.For the Progressive Giving Tuesday it is important to get socialized because in this way the purpose grows worldwide and it is also the best way to celebrate the spirit of giving and promote the mission of your organization. 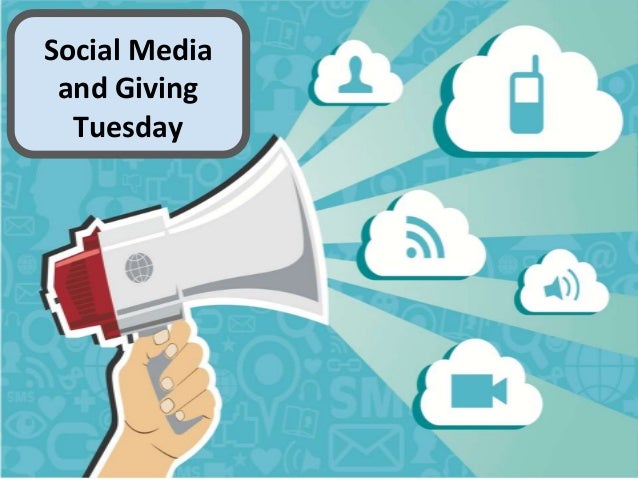 4) The Use of Sample Mail

There is a Email available on the website and it is offering the type of Language that is so far should be use to reach out for the cause amd this is also an important part of the Campaign it can be sent to those who you think offer the services in this regard feel free to sent email to them.

It is very important to mention the time line of communication for a building a strong Marketing Plan and also send a hard copy of Timeline to show in the press release.

6) Questions and any other Idea in Rotation

For the Partnership and General Inquiries

Directer of Partnerships and Programs and centre for Innovation and Social Impact.92Y