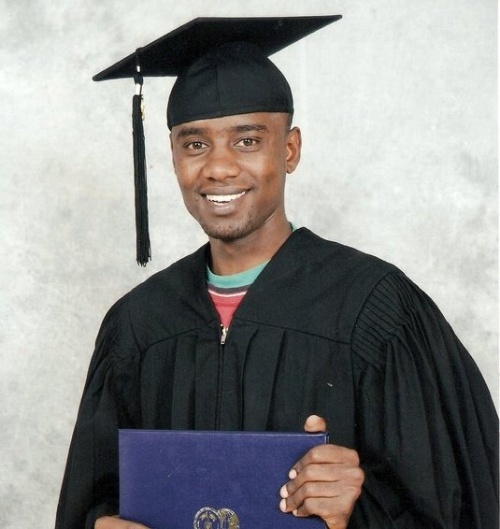 DIPLOMATICALLY INCORRECT contributor JIM OKORE presents his concrete legal analysis of AMBASSADOR SACIRBEY’s recent report “Will Kenya Indictments Further Split Africa - ICC.” diplomaticallyincorrect.org/films/blog_post/will-kenya-indictments-further-split-africa-icc-by-ambassador-mo/44020 From Nairobi, KENYA, Jim presents an insider’s perspective. He is currently completing his Masters of the Arts Program (2012) at USIU - United States International University - Africa, and studying Development Studies, International Relations. JIM OKORE’s Analysis: The ruling by the three judges at the Pre-Trial Chamber of the INTERNATIONAL CRIMINAL COURT has elicited different responses from armchair analysts monitoring the KENYAN CASES. Many would want to put into perspective the probable reaction and actions by the AFRICAN UNION with reference to the epic ruling by the judges. The position of the AU has always been that the ICC is a tool used by the West to fight and muzzle the continent. Of course, mass abuses have been happening in other regions in the world such as the Middle East and Asia. The Office of the Prosecutor (OTP) has however shown insouciance with these areas despite the fact that states such as BURMA and SYRIA are incapacitated to form credible and competent judicial mechanisms of transitional justice. Many commentators grapple with the question, why AFRICA? The analysis of Africa has however been deficient due to the lack of sound theories that can be used as standpoints in understanding African International Relations. This is further reiterated by Africanists and scholars such as JOHN CLARK in his contribution: “Realism, NeoRealism and Africa’s International Relations in Post-Cold War Era,” and TANDEKA NKIWANE’s “End of History? African Challenges to Liberalism in International Relations.” The praxis of African International Relations has been wrongly approached through traditional analytic concepts that are Eurocentric in nature thus acting as ontological blinders rather than aid to understanding the continent. Therefore, the community of scholars needs to develop new lenses that would be used to gain nuanced understanding of Africa’s engagement in I.R. Importantly, the great engagements in the genealogy of INTERNATIONAL CRIMINAL LAW jurisprudence and in particular the permanent court of the UN- the ICC has been the lopsided interventions of the Court. Most critics have postulated the Court as a political tool by the Metropole to continue its disenchantment of the continent. The leadership of the African continent is more likely to be at loggerheads with the International Criminal Court’s ruling of the Kenyan cases. This is because the Court is seeking to redress grave affront of human rights and international law per se. The leadership of the continent is thus not pleased with this move as it will curtail the deep-seated patron-client relationship between African leaders and their citizenry. It follows that this relationship is used for exclusion of some ethnic groups and at the same time inclusion of others. Such a ‘defective state’ finds it difficult to reform themselves in consonance with the demands and requirements of the citizenry-which is a polyglot amalgamation of cultural and linguistic groups. Important to note is the fact that neoliberal institutionalism has played a major role in reordering the international system. Entities within the system of states have, consciously or unconsciously, acknowledged the dictates and tenets of this school of thought especially with globalism and globalization as new frontiers in international relations. The universality of certain concepts such as HUMAN RIGHTS is celebrated all over and international organizations and civil society advance this thought. The rule of law means that there is need for the establishment of a constitutional state that has the onus of promoting and protecting human rights and civil liberties. The proponents of this thought believe that it can serve to mitigate the factors that accentuate conflict such as ethnicity hence blending national loyalty and state loyalty. However, unless the continent instantiates home-grown mechanisms that can address transitional justice and transform conflict, we are going to see more and more intervention from the ICC. Africa needs to operationalize the latent notions e.g. pragmatically shifting from the culture of non-interference to the culture of non-indifference pursuant to articles 4(h) & (j) of the AU CONSTITUTIVE ACT. As well, the inability of the states to establish local mechanisms and the over-reliance on extending amnesty and immunity is postulated by other players as a furtherance of impunity. The ruling by the ICC’s Pre Trial Chamber should not come as a surprise to us especially when the Chamber is convinced beyond any doubts that the most coveted residence in the land- State House was the venue where retaliatory attacks were pre-meditated under the stewardship of the President. As long as African heads of state continue to orchestrate grave abuses of law, the Big Brother will always step in to restore order. Conclusively, the community of scholars should change the ‘nuisance view’ of African International Relations and invocations of analytical instruments that are inadequate in capturing the politics of the continent. What is incumbent of us is to accomplish ‘intellectual jailbreaks’ that can better serve to exhaustively analyze the events in the continent. --From SUSAN SACIRBEY Facebook: Become a Fan “DIPLOMATICALLY INCORRECT” & “WAR CRIMES JUSTICE” Follow on TWITTER @DiplomaticallyX Related Film & Blog Reports: “Continental Club of Dictators,” By Jim Okore www.filmannex.com/posts/blog_show_post/continental-club-of-dictators-by-jim-okore/42995 “WILL KENYA INDICTMENTS FURTHER SPLIT AFRICA?” By Ambassador Muhamed Sacirbey diplomaticallyincorrect.org/films/blog_post/will-kenya-indictments-further-split-africa-icc-by-ambassador-mo/44020 War Crimes Justice Channel: diplomaticallyincorrect.org/c/war-crimes-justice