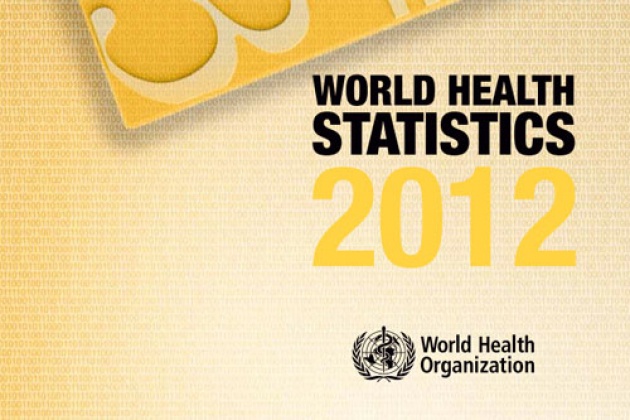 Persons with high blood pressure and diabetes have been on dramatic rise in both developed and developing countries. “This report is further evidence of the dramatic increase in the conditions that trigger heart disease and other chronic illnesses, particularly in low- and middle-income countries. In some African countries, as much as half the adult population has high blood pressure,” according to the Director-General of the World Health Organization (WHO), Margaret Chan. The WHO’s World Health Statistics 2012 report, which includes data from 194 countries, states that one in three adults worldwide has raised blood pressure and one in 10 suffers from diabetes.


Access to Nutrition & Treatment as well as Role of Genetics:

To state that these "illnesses or diseases" are due to lifestyle not only is unfair to many who have inherited or had disease trigered by non-lifestyle issue but it also can oversimplify both consequences and treatment options. Both nutrition and access to healthcare are critical in the outcome. In high-income countries, widespread diagnosis and treatment with low-cost medication have reduced mean blood pressure across populations, leading in turn to a reduction in deaths from heart disease. In Africa, however, more than 40 per cent of adults in many countries are estimated to have high blood pressure – most of them remain undiagnosed, even though many of these cases could be treated with low-cost medications, which would significantly reduce the risk of death. In the case of diabetes, the global average prevalence is around 10 per cent, with up to one third of populations in some Pacific Island countries having this condition. Left untreated, diabetes can lead to cardiovascular disease, blindness and kidney failure.

Obesity as Cause with Americans as most Obese?

Susan Sacirbey is thin, very thin, and her diabetes was triggered by a lyme tick disease. See Our Blog for Film - "World Diabetes Day & I'm One by Susan Sacirbey". However, nutrition/weight is a consideration for many. “In every region of the world, obesity doubled between 1980 and 2008.Today, half a billion people – 12% of the world’s population – are considered obese,” says the Director of the Department of Health Statistics and Information Systems at WHO, Ties Boerma. The highest obesity levels are in the Americas, with 26% of adults suffering from obesity, and the lowest in the South-East Asian region, where only 3% of the population is obese. In all parts of the world, women are more likely to be obese than men, making them more vulnerable to diabetes, cardiovascular disease and some cancers. See our Blog for Film - "Obesity Europe/Central Asia Threat".

According to WHO, non-communicable diseases currently cause almost two thirds of all deaths worldwide. According to UN News Centre: Concern about the rise in the numbers of deaths from heart and lung disease, diabetes and cancer prompted the UN to hold a high-level meeting on non-communicable diseases in New York in September last year. See our Video for Blog: "Non-Communicable Diseases".  Next week, the World Health Assembly – the decision-making body of WHO – will be held in Geneva. It is expected to review progress made since that meeting and agree on next steps. See our Film for Blog -"World's Biggest Killers"

Read our Blog for Video - "Quote the Raven no More"

Excess of everything is good for nothing!!!

Increase in fats, due to ease of doing things in present world increase obesity. Advance of technolo…

Photo Credit: johny_deff via www.pixabay.com DIABETES MELLITUS Hello everyone, Im on to my second b…

Photo Credit: Betterme Briefly News via www.betterme.briefly.news HEART DISEASE I am in a hurry and…

a healthy diabetes balanced and healthy