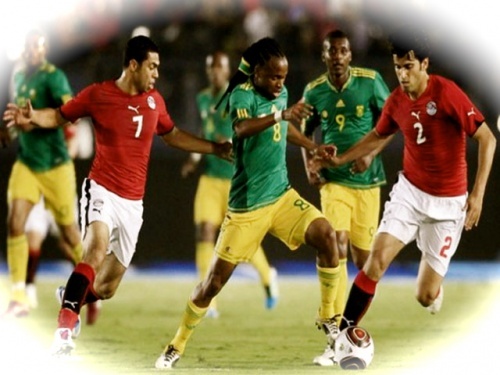 Another example of art and sport employed for opportunities beyond the immediate horizon of canvas and/or field, and in this instance especially where needed more. UN political office in Central Africa and the President of the African Football Confederation (AFC) set out to transform the continent’s passion for soccer into the spirit of peace and development in region. At the 28th African Cup of Nations co-hosted by Gabon and Equatorial Guinea, Abou Moussa, the Secretary-General’s Special Representative for Central Africa, and Issa Hayatou, the AFC President, agreed to take common actions to promote peace and security in Central Africa. “Players, spectators and all others involved in the tournament so far have shown remarkable fair play,” said Mr. Moussa, who is also head of the UN Office for Central Africa (UNOCA). “The climate of peace that results is a credit to the continent in general and Central Africa in particular.” Mr. Hayatou also assured that the CAF would work with the UN “to secure, consolidate or promote peace,” noting that such efforts were part of “a noble cause.” Several of Central Africa's states have been plagued by violence and instability, including piracy, human trafficking and the proliferation of light weapons along major roadways linking countries. In addition, the rebel group known as the Lord’s Resistance Army (LRA) has been a constant threat to security since the 1980s, affecting countries in the region such as Uganda, the Democratic Republic of the Congo (DRC), the Central African Republic (CAR), and South Sudan, with practices that include the recruitment of children, rapes, killing and maiming, and sexual slavery. By Ambassador Muhamed Sacirbey-Follow@DiplomaticallyX Facebook – Become a Fan at “Diplomatically Incorrect” Twitter – Follow us at DiplomaticallyX