The advertising world has drastically expanded over the last couple of years with platforms for media consistently expanding. But, has creativity within advertising diminished due to this media crazed world?

Many of us are not aware of the term pastiche even though it is present in practically every portion of our lives. Pastiche although it various definitions, generally refers to an artistic work created in a style that imitates that of another. 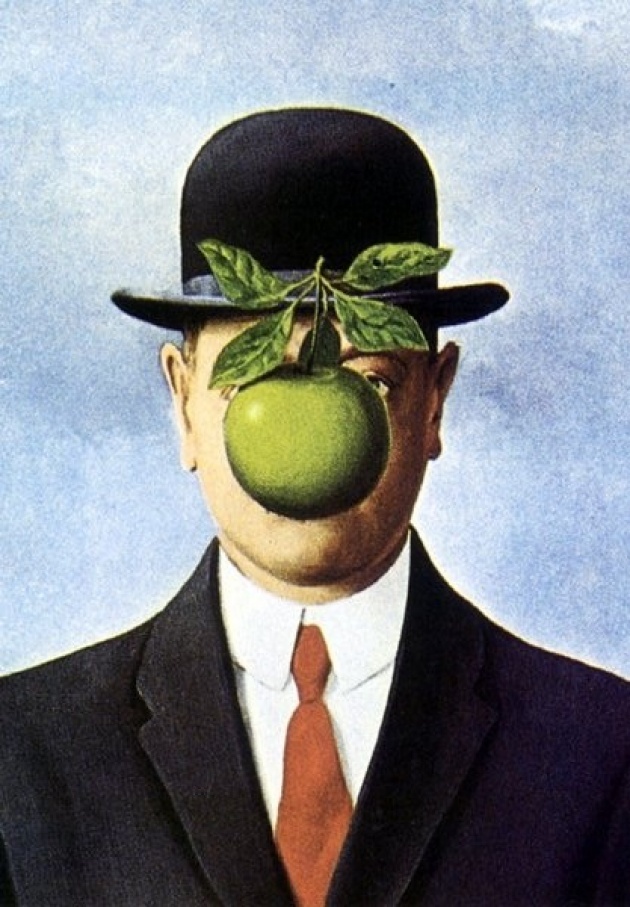 We are constantly exposed to pastiche in our daily lives; however, we are not usually aware of it.

To focus on one field, pastiche in the advertising world is controversial because the effects or use may give an advert the necessary ‘edge’ or, quite the contrary, show lack of originality and effort placed into ads in the modern world.

A great example of the term is found in the work of art by the renowned Belgian surrealist, Renee Magritte and his Son of Man.

Son of Man has been an incessant product of pastiche. A recent use of the painting appeared on the front cover of the Bloomberg BusinessWeek magazine with the words, “The Einhorn Effect”, splashed across the entire image in green letters. The magazine cover refers to David Einhorn’s ability to move stocks in the modern business-world, where the public follows his every word when stating his position publicly.

The bitten green apple refers to Einhorn’s challenge with the Apple Company when his predictions grew and eventually came to a standstill, forcing the public to second-guess his ability to predict long-term gains in the stock market.

The magazine cover is blatantly referencing the painting with a minimal change to the original painting; however, it does provide the magazine with an edge.

This magazine cover is an obvious product of pastiche which makes me wonder, does pastiche eradicate originality in the creative world or simply develop a new definition of originality for the modern generation?