Good Behavior: The Show About Someone Trying To Be Good Even Though She's Bad

Do you have really bad behavior? Are you trying hard to be good even though you're bad? Or are you just like the rest of us who  can only dream of doing bad but would never do so? Well then, you might find it interesting to know that there's a TV series about an ex-con mom trying to be a good person. 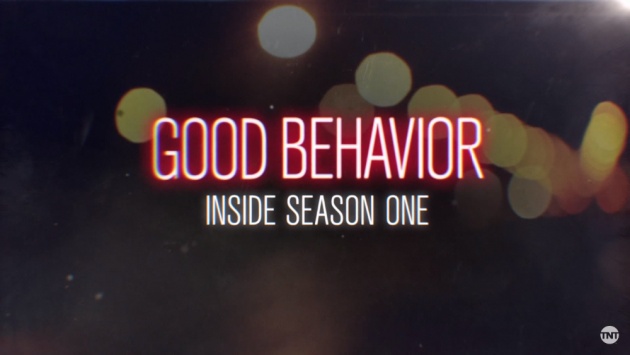 Letty Raines is fresh out of prison. She is also scheduled for regular meetings with her parole officer in order for her not to get back in jail. Upon getting out, she was able to get a job. Unfortunately she got fired as a waitress for defending herself from getting harassed by a male customer.

With no money or job, she goes back to stealing. This time she is in cohorts with a hotel staff. She's given the access keys and codes of several hotel rooms and steals their money, clothes, shoes, jewelries, etc. 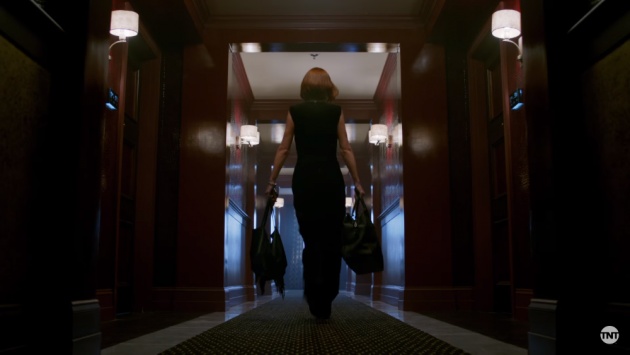 In one of the rooms she almost got caught. A man went into his room with another man. She hides in the closet and listens in on the conversation. It turns out the room occupant, Javier Pereira, is a hitman. He instructs his client on what to do before, during and after his plan to kill the man's wife. After hearing everything, she manages to sneak out and plots to prevent him from doing his job. She seduces Javier and goes on a date with him and beds him. She then wakes up early to get to the victim's house first and warn her. She protects her using the woman's shotgun but in the end she was still unable to save her from Javier. 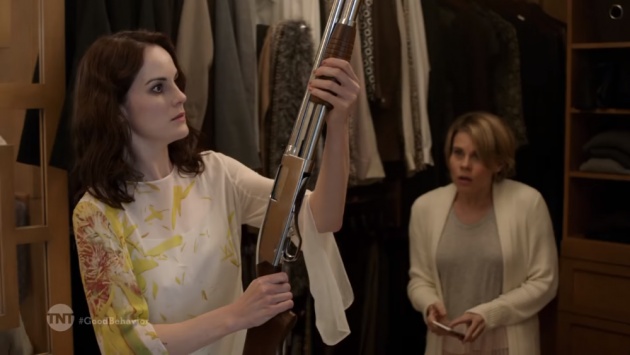 Eventually we find out she has a son who lives with her mom. Letty is not in good terms with her parent at all. Also, she gets into a weird relationship with Javier because of what she did. Towards  the end of the series she and her mom develops a much better relationship along with officially being together with Javier.

Javier is also not in good terms with his Argentinian family, even hiding his real profession from them all. His father who hates him, knows he is a hired killer and announces it to the whole extended family, including Letty. This results in Javier being completely outcast by everyone. 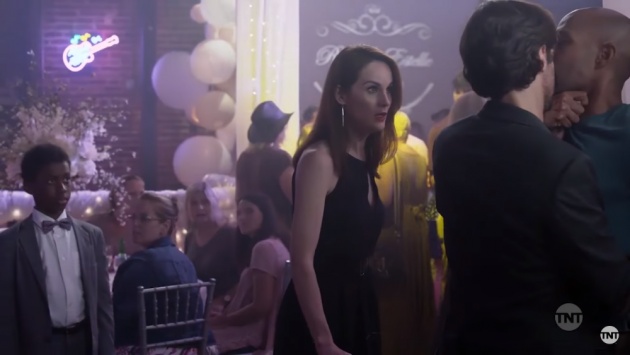 Aside from that, Letty and Javier keep getting almost caught by authorities. All the while they still manage to live almost normal lives after all the lying, stealing and killing. Letty gets custody of her son and they leave town together with Javier.

Want to know more? Here's the trailer of the first season of Good Behavior.

I found this series online while I was struggling to keep being a good person. Of course I'm not into doing crimes but we all have our bad days where we think about bad things. Or there are times we feel like we are such bad people even if we try to be better.

The premise of the story is fresh and intriguing for me. It's about the struggles of criminally inclined people trying to be better. Oh wait, it's only Letty who's really actually trying to be good but mostly keeps failing at it. 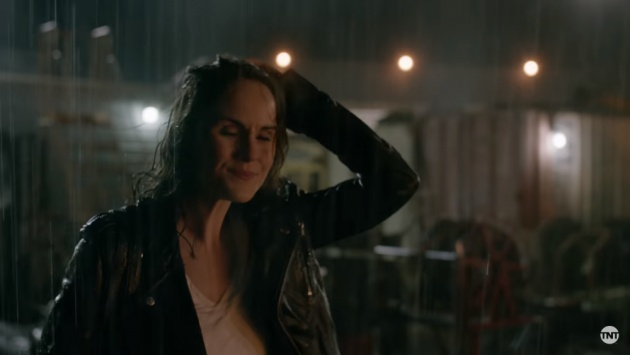 From the search results I found, I checked the show trailer (which I shared above). What struck me as kind of funny when I watched it is how she listens to positive recordings but still does bad things. If you watch the trailer, the recording is interspersed with the scenes where she is clearly not always in her best behavior at all. It's like a poke at all the behavioral therapies one can do just to be a good person.

The story is not about getting help on how to be good though. It is more about the life of Letty. We see how an ex-convict and recovering drug addict tries to live a normal life even with her predilection to bad habits. Let's just say, she's better at doing bad than good. Letty still has a good side though; she knows how to love and she has her own sense of honesty and justice. However, these get overshadowed by all the wrong things she does. All of these makes for a good and non-boring story.

It is a thrilling TV series. Doesn't have too much action or supernatural things going on but it is kind of fun to watch. It will not make you laugh but it has some dark humor from time to time. It's more of a drama thriller. Think of it as the bad girl version of the TV series Alias. Both have a lead female character who goes undercover and uses wigs and costumes; the stark difference is in what they do. Letty lives a life of crime as a thief, recovering drug addict and con-artist. With those three qualities, we all know it will not end well with her if she doesn't change. 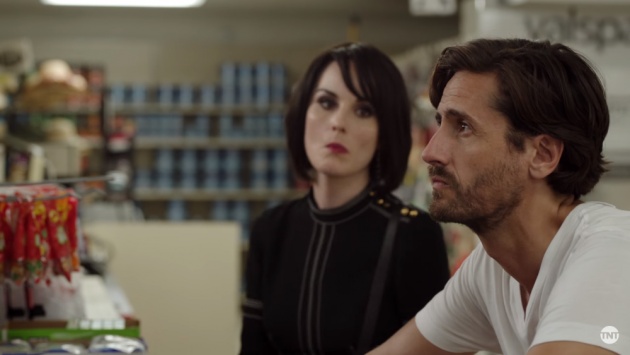 Good Behavior unveils each character's stories slowly and delightfully. The pacing is not slow at all but will make you want to know what happens next. It provides a back story for Javier too, played by Juan Diego Botto. He comes off more like a hired vigilante rather than a real evil assassin. The show also lets us see the effects of someone's bad behavior on children.

Everyone has their own stories, even Letty's mom and lover, her ex-lover, friend and some of the people in their town. These connected stories make you understand the implications of not following the laws of society. Viewers also see each of the motivations and behaviors of the characters. These make them all relatable which hooks you into the series until the end.

It's a good piece of visual narrative. Good Behavior is a hidden gem out of all the other popular American TV shows. It's definitely a TV series for adults much like Game of Thrones or Battlestar Galactica minus the fantasy or sci-fi aspect.

Here's a preview video for Season 1.

The two main stars did a good enough job at depicting characters with some of the worst human careers. Watching it won't make the bad guys less bad but it does show them as human as the rest of us. Evilness is not overkill but enough to make you think these characters deserve to go to jail.

Even if the show did not affect me much during the drama scenes, you will appreciate the effort in storytelling. It is a story of the way people act around other people too. There is deception involved in every season and both the male and female leads seem perfect in their role. 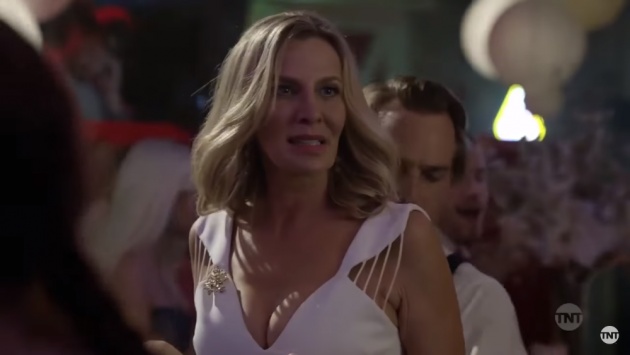 If anyone deserves an award, I'll give the show's best supporting actress award to Lusia Strus who plays Letty's mom. At first you'll really see her as a terrible and harsh person. At the end of the series you will have grown to love her too. Of course I also love how Michelle Dockery is able to do different accents and become different people as she plays Letty. She can go from fabulous and high class to drab and normal anytime.

Aside from the two I've expounded above, this is another favorite part of mine when doing reviews.

What I like about this series is how Letty is able to be someone she is not. She can be anyone with her wigs, make up and costumes. She is role-playing real people instead of superheroes or anime characters; that is the fun part. The rest of it is the selfish and bad parts where she lies and steals what other people sell or have worked hard for.

Of course I love all the costume changes, colors, set pieces and the stealth maneuvers. There is no lock picking or car jacking involved at all. There isn't any real high tech gear or kung fu scenes anywhere too. That's what makes the show seem like an anti-spy movie. The lead characters are not amateurish but not too professional or over the top either. Everything in it makes you relate to the bad character's practicality. 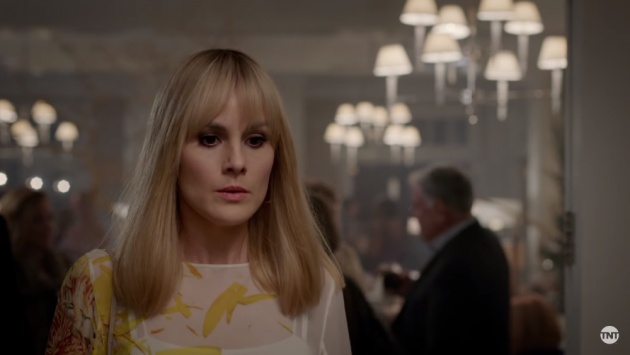 The scenes are always colorful and glam when she is in "thief mode." It makes it seem like she really is most alive during those moments. The clothes and props, vehicles, houses and the locations make it all seem so real and possible to happen.

As shown in the second video above, even the music and soundtrack is all about Letty. It makes the audience feel what she is feeling. Even if the acting is not always effective, the images and the sound can invoke just enough feelings from the viewers. 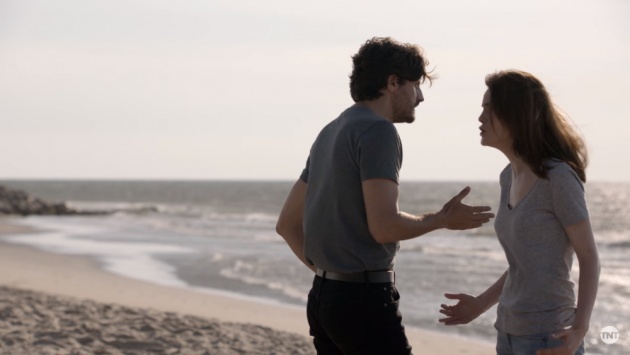 Overall, can you guess what my rating for this series is? Let me share below.

How about you, do you think you will like this series? Have you seen it yet? Feel free to share your thoughts in the comments. :) 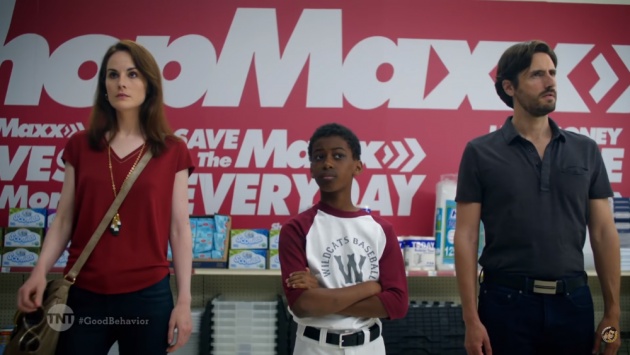 Good Behavior Season 2: Bigger and Better Than Ever

Yesterday I finished watching the second season of Good Behavior and up until the fourth episode, it…

Sexpat: The Disappointing Word Discovery of the Day

I have been thinking of going to another country, as I mentioned in another blog. And over the years…

"Dancing WITH THE STARS" THE AMERICAN DANCE COMPETITION SHOW