Good People are still around...

Most people are of the opinion that Good People don't exist any more in this rapidly growing fast paced world of ours which is only getting smaller by the day !

However, I beg to differ with most others on this aspect. This morning while driving down I heard a pretty cool news where in a nice true story was told over the FM channel and this is what reminded me that good people do exist in many walks of life..This is that story!

A young rich business man while driving down to his office in his plush Audi sports model car ramped into the side barriers of the roads destroying a few obstacles and in the bargain damaging his car to a great extent.

The man just avoided killing a small doggy that ran across the main road - The doggy was safe and the young man was pleased to see that..When the police asked him what was he thinking and why did he not kill the dog to avoid damage to his expensive car, for that, the young man said ' a life is more important than my car' and that he was happy to see the little creature safe and well.

So now you already understand the moral of the story - In a world of cruel happenings there is always a moment when good overpowers bad and evil..Hence, is it not right to say that good people still exist? Let me know what you think of the little story as told....! 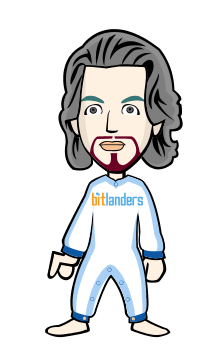 HArd core Bitcoin believer...Going flat out to achieve optimum earnings on bitcoins - Cheers to self and all who follow BTC!