Web site owners can enroll in this program to enable text and image advertisements on their sites.

A program run by Google that allows publishers in the Google Network of content sites to serve automatic text, image, video, or interactive media advertisements, that are targeted to site content and audience. These advertisements are administered, sorted, and maintained by Google, and they can generate revenue on either a PER-CLICK or PER-IMPRESSION basis. Google BETA-TESTED a COST-PER-ACTION SERVICE, but discontinued it in October 2008 in favor of a DOUBLE-CLICK offering (also owned by Google).

The content-based adverts can be targeted for interest or context. The targeting can be CPC (click) or CPM (impression) based. There's no significant difference between CPC and CPM earnings, however CPC ads are more common. There are various ad sizes available for content ads.
As of November 2012, a grey arrow appears beneath AdSense text ads for easier identification.


AdSense for Feeds:
In May 2005, Google announced a limited-participation beta version of AdSense for Feeds, a version of AdSense that runs on RSS and Atom feeds that have more than 100 active subscribers. According to the Official Google Blog, "advertisers have their ads placed in the most appropriate feed articles; publishers are paid for their original content; readers see relevant advertising—and in the long run, more quality feeds to choose from.

AdSense for Feeds remained in its beta state until August 15, 2008, when it became available to all AdSense users. On December 3, 2012, Google discontinued AdSense For Feeds program.

AdSense for search allows enables publisher to display ads relating to search terms on their site and receive 51% of the revenue generated from those ads. AdSense custom search ads can be displayed either alongside the results from an AdSense Custom Search Engine or alongside internal search results through the use of Custom Search Ads. Custom Search Ads are only available to white-listed publishers.

AdSense for mobile content allowed publishers to generate earnings from their mobile websites using targeted Google advertisements. Just like AdSense for content, Google matches advertisements to the content of a website — in this case, a mobile website. Instead of traditional JavaScript code, technologies such as Java and Objective-C are used. As of February 2012, AdSense for Mobile Content was rolled into the core AdSense for Content offering to better reflect the lessening separation between desktop and mobile content. 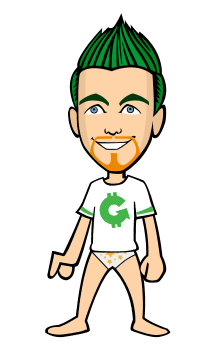 hy!
people call me hamza,i am from pakistan ,i am now adays doing SOFTWARE ENGINEERING from pakistans best UBIT