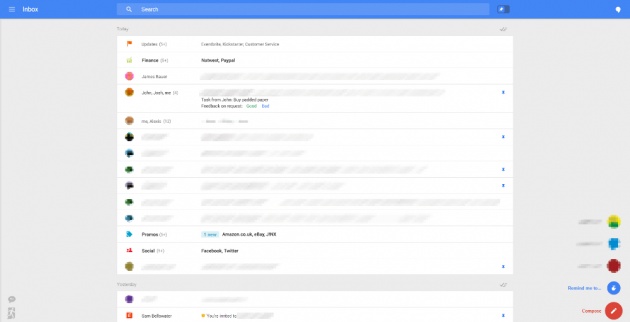 Ok, email. Basically unaltered subsequent to its initiation by most accounts 40 years back, email — with a couple of augmentations along the best approach to help other character sets and interactive media connections — has had exceptional resilience. Nobody very knows why email has stuck around for so long, yet its likely on the grounds that its so straightforward and totally stage freethinker; you can send an email from your portable computer or cell phone or auto or cooler to some other web associated gadget. Attempt that with Apple imessage or Google Hangouts.

That isn't to say that individuals haven't attempted to supplant email through the years. Since email is so old, and in light of the fact that its a muddled mess of norms, and in light of the fact that email needs to hold help for aged and implanted gadgets, it has a lot of issues and confinements that can't generally be altered. As such, none of these email substitutions have ever figured out how to create a foothold — they normally revel in part of action in the short-term, yet when the clients understand that others is even now utilizing email, they fall rapidly back in line.

Google itself has effectively attempted to supplant email once with Wave — a brief web application that, path in 2009, attempted to consolidation email, IM, wikis, and social networking into a solitary uber-platform. Google immediately understood that supplanting email wasn't going to work; so it turned to settling email instead — first by including a social layer with the Buzz implementation, then with their Priority Inbox in 2010, and Smart Labels in 2011. Buzz would inevitably get to be Google+, and Smart Labels would turn into Gmail's present tabbed perspective.

Gmail Inbox — or "Inbox via Gmail" to provide for its full name — is the tabbed variant of Gmail taken to the following level. As opposed to clicking the Social or Promotions tab, they now show up as a pack in your fundamental email stream. In this way, with Inbox, your principle interface comprises of your essential inbox (all your critical/hailed messages) — and after that packages of messages that you can click to grow.

Inbox expands the quantity of groups over Gmail's tabs, as well — there's presently Travel, Purchases, Finance, Social, Updates, Forums, and Promos. In my initial testing, these all appear to be great at choosing the right messages. You can likewise include your own particular groups (they're fundamentally simply names, yet elevated to your fundamental email nourish). I don't know whether client made groups can be "insightful" like the predefined packs, or if they can match particular guidelines/conditions. (I'll redesign this post as I figure out all the more, throughout the following few days and weeks.)

Other than packs, Inbox presents the accompanying new peculiarities:

You now see thumbnails in your principle nourish (you can open features, pictures, and different connections specifically without opening the email).

You can stick messages, which makes them show up on another "stuck things" page — however you can no more star a thing, or imprint it as imperative.

You can check an email as "done," which moves it to another "Done" list. (This is the same as documenting an email in Gmail.) By default, all your sent email appears to go to the Done rundown.

You can nap an email (or email string) until a certain date or time. It then mystically returns at the highest point of your fundamental email nourish when the rest terminates.

There another "range" work that moves everything on your screen (or all chose things) to the Done rundown.

There's currently a red catch in the lowest part right corner that gives you a chance to create an email, set an update, or rapidly email your three most-frequently messaged companions (envisioned underneath).

Clearly, Inbox looks not at all like Gmail; the text style is the same, yet that is about it. There's a great deal more vacant space, and each one screen demonstrates a ton less data.

Groups are the center idea of Inbox — along these lines far, I very like them. The thought is that you can click into a group, check what's going on, and afterward press escape (or click anyplace outside the pack) to close it. Like Gmail, you can answer in-line by hitting R or A.

In general, Inbox feels quick, exceptionally responsive — maybe considerably more so than Gmail. (Possibly Google changed the Javascript or something?) The enhanced velocity and responsiveness may compensate for the lower visual transfer speed of Inbox; you can't see as numerous messages on-screen with Inbox, yet perhaps the simplicity of utilizing packs, setting updates, and exchanging to your Pinned and Done perspectives will make it beneficial? Google could simply include a "minimized" perspective to Inbox, as well, to press more information onto the screen.

One of my greatest infuriates so far is that the majority of your marks, packs, screens, and so on are holed up behind a menu catch in the upper left corner. The extent that I can advise, you need to physically click the upper left corner to open the fundamental menu. (A console alternate route may be included later.) There is a lot of unfilled space for lasting tabs over the top or side of the page, if Google so wishes — yet possibly packages are good to the point that you simply don't have to move far from your fundamental email stream? (I'll have to utilize it for a couple of more days to figure out.)

The two gimmicks that I like the most are the capacity to rest messages, and having the capacity to set updates straightforwardly from my inbox — or even from inside messages. (Having said that, Google could without much of a stretch add both of those peculiarities to traditional Gmail.)

There is likewise an Inbox application for Android and ios. I've just attempted the Android rendition, which looks and works a considerable measure like the web interface, however capacities like napping and sticking are enacted by the feared push-and-hold. It's additionally a bit insane that Inbox can just press four or five messages onto my cell phone's 1920×1080 screen, as well.

Does Inbox stand a shot?

Other than covering the fundamental menu behind a mouse click, the main issues I've discovered so far is that you can't nap a group (it beyond any doubt would be pleasant to rest my Social pack 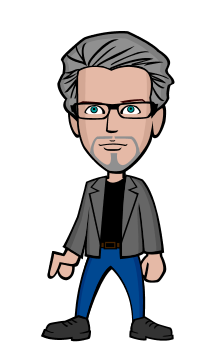