Google Pushes Android One To Africa 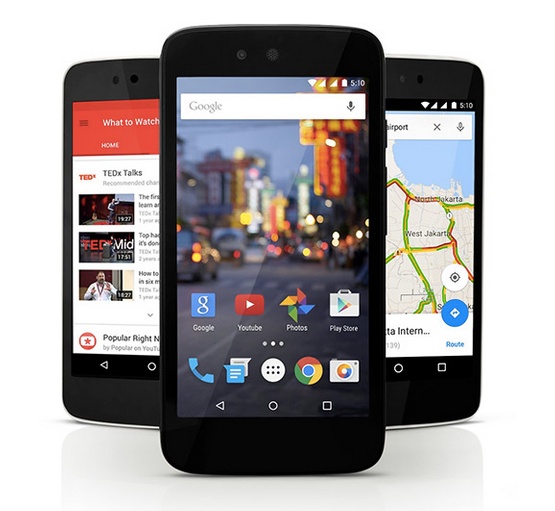 Google is ramping up its Android One affordable smartphone program with a push into Africa. The first Android One smartphone for the region is being made by OEM Infinix, and is launching in Nigeria today, with Egypt, Ghana, Ivory Coast, Kenya and Morocco getting the device “over the next few weeks”.

The handset, called the Infinix HOT 2 (pictured below), runs Android 5.1 (Lollipop) at launch, but Google says it will be getting the new Android Marshmallow flavor once that’s released. Users will also get free updates via local mobile service provider MTN — as Google works to simplify (and squeeze) regional data plans to make the device more attractive to its target. The device has an RRP of N17,500 (~$88).

Specs wise, there’s a quad-core MediaTek processor with 1GB of RAM, and models with up to 2GB of memory. There’s also support for dual SIM, and a range of colors: black, white, red, blue, and gold. Yes, gold. Android One is not skimping on the bling.

As part of the program, Google works to reduce smartphone hardware costs by identifying components that will be used and pre-qualifying suppliers for the parts. On the software side it gives OEMs access to its Play Store to help them add locally relevant apps to the devices, as well as automating software updates as it does with Nexus devices.

The wider push here is of course a landgrab by Google for the next wave of mobile Internet users — those much discussed “next billions”, who may live in areas with patchy connectivity or be priced out of unlimited mobile data plans. Hence the need to squeeze costs to lower the barrier to entry. (Facebook has a similar and parallel push around spreading access to connectivity with its Internet.org initiative — albeit that’s come under fire for limiting the services users can access).

Nearly one year ago, Google introduced the Android One program and YouTube Offline in India. Today, 6 countries in Africa — with combined populations of 379 million people — join the list of places where Android One phones are sold. We’ve been thrilled by the progress and feel humbled by the work that’s left to do. But we look forward to continuing our work with partners to ensure that people have a great way to access the Internet, using it in ways that are relevant and useful.

The first Android One smartphone launched in India in September 2014, with three more Asian markets (Bangladesh, Nepal and Sri Lanka) offering devices by December. OEMs making Android One devices there include Micromax, Karbonn and Spice.

For its Africa Android One push, Google says it will also be extending YouTube offline to Nigeria, Kenya, Ghana, and Egypt “in the coming months”. The feature lets users store videos within the YouTube app for up to 48 hours so they can watch them later when they don’t have a connection, or when the network they can access is too slow to stream.

Google also announced it’s rolling out a streamlined version of Google Search, tweaked for a faster experience on low RAM phones — such as those with 512MB — claiming the feature can reduce data usage on the results page by up to 90 per cent, and cutting load times by up to a third.

Other mobile players chasing emerging markets include China’s Android OEM Xiaomi, which does use Google services outside China, and is currently a little more focused on the mid tier and higher tier smartphone segments, although pricing its handsets very competitively.

There’s also the wildcard of Finland’s Jolla, which is now fully focused on a licensing businessfor its alternative mobile platform, Sailfish, an OS which is compatible with Android apps. This summer the company announced it had secured its first licensing deal with Indian OEM Intex. The forthcoming Sailfish-powered handset, the Intex Aqua Fish, is being priced at less than Rs 10,000 ($150).