Graechen fitness coach fears the players in the final

After a 4-1 victory over rival Myanmar U19, U19 Vietnam have mild afternoon session 12/9, and coach U19 Vietnam were a bit worried about the strength of the players.

In Southeast Asia U19 tournament, schedules rather than the physical thickness of the U19 squad, less than 10 days the players have to go through four matches under the sweltering heat of Hanoi. Therefore, in the afternoon session at the training complex young coach to the players Graechen only slightly and squeeze muscle training with the main squad. In addition, he has advised private 2 U19 midfielder Vietnam's Dong Trieu Tien Dung and in about 15 minutes. The Frenchman said that, just as the midfielder playing for sure, to be able to build the foundation for victory in the final.

"What I fear most in tomorrow's match is the fitness of the players has been a significant decline in the semifinal match., But make the players desire to win. As you have seen, I focused on reminding the players longitudinal axis "backbone" and where midfielder will face Japan U19 players are quality. Same with my squad also has excellent location. This will be an interesting match. both teams understand the strengths and weaknesses of each other, thus will be a 50-50 chance. "- Graechen coach said.

Axes related to the "backbone", 39-year-old coach also said the team does well controlling the midfield will have more opportunities to win. He also warned students about the middle of the Japanese U19, with the player. The nature of this game than the first round match completely different, so the players need to focus the defense and make the most of the opportunity to create, if you want to win the first of three final to have ever attended.

Before returning to the hotel, sharing Graechen coach added: "This is the final of the U19 Vietnam 3rd, so if the pressure would mean failure. Important thing in this game is self-Profile of the players. at round match players have demonstrated for the audience feel completely capable of playing on par with competitors. Additionally, the four thousand cheering crowd at My Dinh Stadium will add strength to the players. " 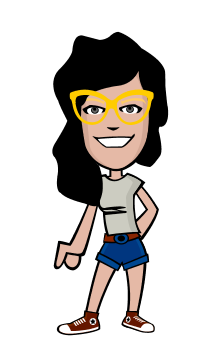