Animation is a hard thing to get right. It requires a lot of work and effort on the part of anyone who undertakes it. Stop motion animation is particularly difficult but one of the newest ways to get people talking about you if you manage to pull it off. But you can not simply make it about anything you want. Stop motion has a particular style that lends itself to a particular type of content.

Which is not to say that you can not use it for anything, only that it is a bad idea. People see stop motion animation they tend to think of Wallace and Gromit. A family show aimed at a young audience. They think Chicken Run, again aimed at a young audience but made for families. These are the kind of things that are in people's minds. Going against that takes a great risk.

So when you do a stop motion animated short like Grosse Pläne, you have to know what you are doing. Thankfully, Irmgard Walthert appears to know this. The film is based on a childhood memory of theirs and a very cute one at that. It is a simple idea with simple intentions and that's the way it should be. Reaching an audience of younger viewers needs simplicity.

But simplicity does not mean that it is not smart, animated films like Monsters Inc and Shrek prove that. And I think this is where Grosse Pläne fails. It has many good elements and has insight into something smarter and more complicated but does not fully develop them.

Of course, 4 minutes is not a lot of time to develop an idea but that is where script becomes so important. Knowing the point you are trying to make from the get go informs the way the script develops. Even in a film with no dialogue, script is key. I am not certain that enough script development is what they have done.

It comes off more like a scene from a memory. Which it is, but that is not really a film. At least in my opinion.

Agree? Disagree? Find out below: 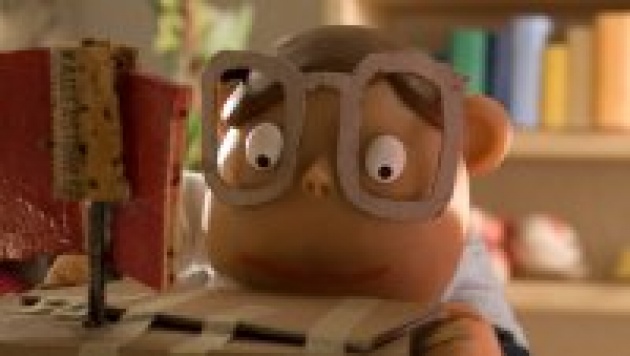