Grumpy Cat movie is all set to start its production process 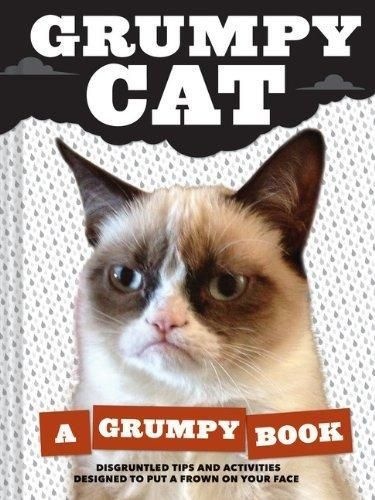 The whole Grumpy Cat movie is making people miserably excited and also hatefully happy to finally see the cat that is always so cranky and irritating that it is a pleasure to see his comments and listen to his opinions. The most used social network site, Facebook, is flooded with grumpy cat memes and has a huge fan following with a total of 6,64,4047 likes in the official grumpy cat page in Facebook.

Recently the official grumpy cat movie was announced to be filmed, and was titled as ‘"Grumpy Cat's Worst Christmas Ever’ through which the actual grumpy cat will be filmed forever in the silver screens for its fan to see it whenever they miss it’s small, round and ohh so grumpy face and those lifeless, irritated eyes which promises no happiness, only sarcasm.

The script of the movie "Grumpy Cat's Worst Christmas Ever” is being written by Jeff Moris and the writer of the famous cartoon series SpongeBob SquarePants, Tim Hills. The script is on the process and the voice of the grumpy cat in the TV movie is also recently decided. The celebrity who will be giving this famous feline a voice over in the movie is none other than Aubrey Plaza. The news was just out that Aubrey Plaza is being finalized for being the voice of grumpy cat in the movie "Grumpy Cat's Worst Christmas Ever” which is all set to go through its production process.

For this Lifetime Movie, the actress of the series Parks and Recreation, Aubrey will be saying on the dialogues on behalf of the moodiest feline of the web world whose real name is ‘Tardar Sauce’ (Hilarious!). Recently, a number of products under the brand of Grumpy Cat was offered all over the world market so as to provide the fans of this ill-tempered queen of irony, a piece to remind her always in the daily lives of the people.