Hello Bitlanders! I would like to share to you another one of my favorite throwback movie; Hacksaw Ridge. My father love watching war movies so I guess I inherited something, LOL; although I don't particularly like gruesome scenes; it’s the main characters’ undying faith that I love. This movie reminds me that no matter how hard it is to do the right thing with all the sacrifices and struggles we had to endure; eventually will lead to a sweeter success. I hope this movie will inspire you same as it inspired me. By the way, this movie was based on a true story. 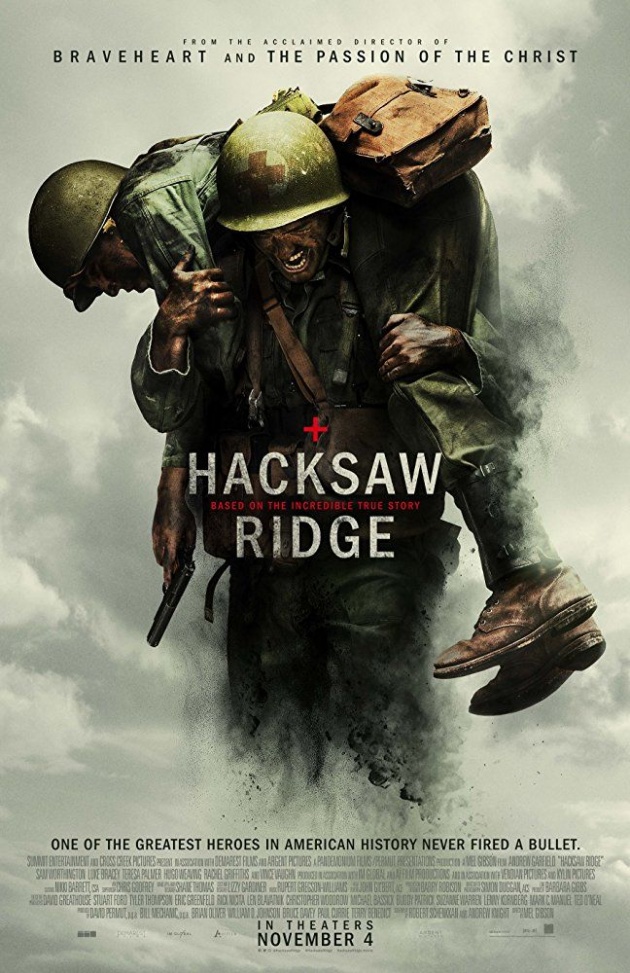 The story started from a boy named Desmond Doss who grew up with a religious mother and a drunken father. Every night Desmond and his brother would always hear their parents fight.

Desmond was just a kid back then when he almost killed his brother; hitting him with a rock, although it was just a fist fight, while their parents were trying to wake his unconscious brother up, Desmond realized he almost did kill his brother while staring at the portrait with pictures of Christ carrying a cross with texts on the picture that reads;

"Thou shall not kill"

Years passed by, Desmond grew up a God-fearing man. One day while he was cleaning a window in a church, an accident happened out in the streets. He rushed to see what happened; a boy was just hit by a truck and had a severe cut on his legs, bleeding badly; he used his belt to tie the boy's leg just above the wound to lessen the bleeding and rushed the boy to the hospital. The doctor said it was a cut artery and said;

"You saved the boy's life"

Right after hearing it he looked around and saw several wounded people being attended by nurses and doctors; he then came to have realized something. In that same moment, he saw Dorothy, a nurse right across the room and went to meet her. He looked at her, as if he saw an angel and so he started visiting her at the hospital, dated her and later on, they had a relationship.

Desmond knew he needed to do something with his life. He decided to tell Dorothy that he will be signing in to the military and serve as a medic. 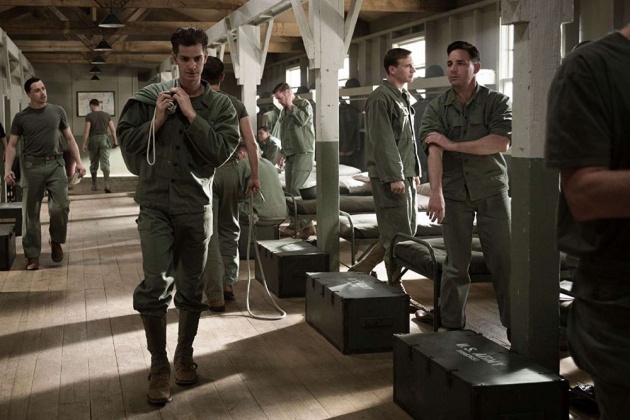 His first day in the training camp wasn't that hard. All of them were newbies in that squad. They did a lot of military trainings until that day, when they were introduced to a rifle. Each of them was directed to pick one up and carry their own rifle; everyone did except for Desmond. The Sergeant confronted Desmond and demanded to pick up the gun. But Desmond calmly answered; he will not pick up a gone because he doesn't want to kill anyone; as a mortal sin. The Sergeant reported him to the Captain of the squad so Desmond was called in the office to explain himself. Desmond said he cannot kill anyone in the war; that he signed up as a service medic.

He was ridiculed by his colleagues when he got back to the squad from the office and was even introduced by the Sergeant right in front of the whole squad as,

"someone who cannot be trusted with your life".

His colleagues even beat him up one night because they all wanted him to quit but he won't. It got even worst when an officer filed a case against him for disobeying a direct order of holding and carrying a rifle.

His father, a retired soldier who fought in World War I, suddenly arrived in the room to personally lend a letter to the judge stating that Desmond is protected by the laws to which he is entitled to his free will thereby recommending a dismissal of the case. As the case closed, it has been decided that he will no longer be forced to carry a gun in the battlefield.

THE BEST PART OF HACKSAW RIDGE

The squad was finally dispatched to the battlefield. First they had to climb the ridge before they could reach the war. It was raining blood as they get near to the edge of the ridge. It was gruesome when they saw a lot of dead soldiers scattered in the field.

Their first attempt to win the battle was victorious, but it only lasted for a night. They were outnumbered by dawn so the Captain called for a cover fire from the navy to shield them from the Japanese army while they were in retreat and climbing down from the ridge. 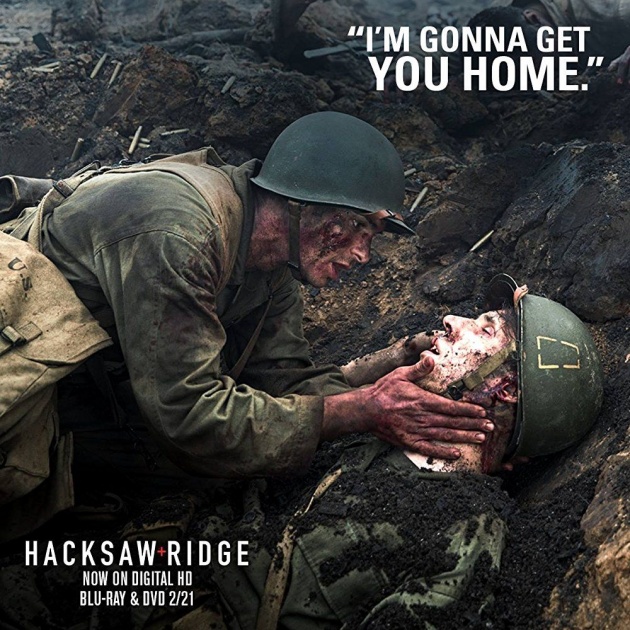 Here comes the best part of "Hacksaw Ridge". Desmond was the last one on the edge of the ridge when he saw his friend dead; he paused in total despair, and asked God,

Bombs rocketing from the sky and gunshots raining from everywhere; when he heard a voice calling for help. He then stood up, picked up his helmet and said, 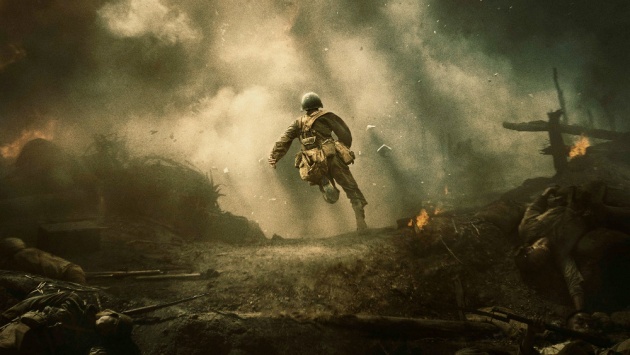 Everyone was down from the ridge and counted; only 32 came down. The Captain rushed back to the camp to request for backup so they can go back and save the others trapped up in the ridge.

Meanwhile, they were not aware that Desmond was still up there until they noticed a number of wounded soldiers coming and attended in a rush to the medics in camp. One soldier said it was Desmond who saved them.

"Please let me get one more".

He was able to save a total of 75 wounded soldiers. As he got down the ridge, Japanese army were shooting him but the Captain and his colleagues returned and backed him up. They were all at the bottom of the ridge when someone tapped Desmond at his back. Desmond was still in shock that he thought he was still in the battle being chased by the Japanese. They calmed him down as they all stared at Desmond for his heroic act; amazed by what he has done. They're spirits were uplifted that they wanted to go back to the battle right away. A day after Desmond rescued the 75 wounded; he went back up to the battlefield. His last move to save his team was when he dodged grenades thrown to their direction; the moment he kicked one away, the grenade blasted a distance near him that he got thrown with shattered legs.

WHY I LOVE HACKSAW RIDGE

I love this movie because of Desmond's undying faith in God. After everything he's been through; he stood his ground and served his purpose even if everyone mocked him for not carrying a weapon, yet he emerged to be the bravest man for saving 75 souls.

Later on he was awarded with the highest honor for his bravery during World War II.

“Prosecutor: There is only one question that any military court need ask of the accused: do you deny disobeying Col. Sangston's direct orders?

Judge: Well, do you, Private?

Judge: Why are you contesting it, then? Why is it so important to you, given your refusal to even touch a weapon to serve in a combat unit?

Desmond Doss: Because when the Japanese attacked Pearl Harbor, I took it personal. Everyone I knew was on fire to join up, including me. There were two men in my hometown declared 4-F unfit, they killed themselves cause they couldn't serve. Why, I had a job in a defense plant and I could've taken a deferment, but that ain't right. It isn't right that other men should fight and die, that I would just be sitting at home safe. I need to serve. I got the energy and the passion to serve as a medic, right in the middle with the other guys. No less danger, just... while everybody else is taking life, I'm going to be saving it. With the world so set on tearing itself apart, it doesn't seem like such a bad thing to me to wanna put a little bit of it back together.

Hacksaw Ridge was released on November 2016 and directed by Mel Gibson; casted by Andrew Garfield as Desmond Doss. 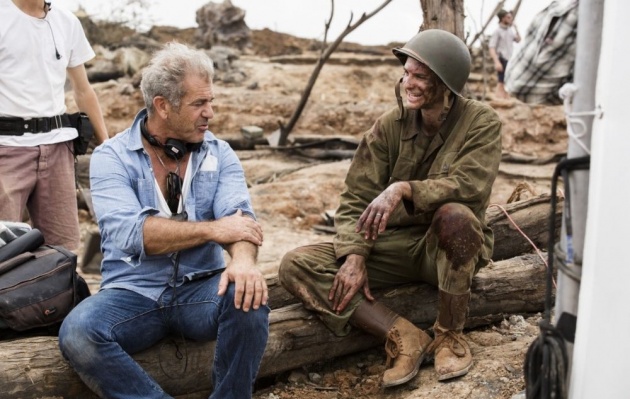 I hope you enjoyed reading. Meanwhile here's another Querlo chat for you.