People usually spend their teenage years studying, making friends, and having fun. However, not every teenager is privileged to experience these things, just like the girl on the next film I will be writing about—Hanna. 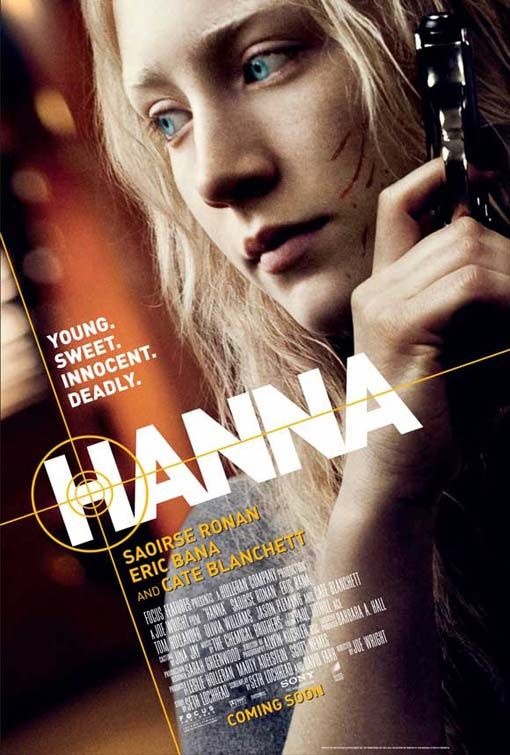 Hanna is an action, drama, and, thriller film directed by Joe Wright and produced by Leslie Holleran, Marty Adelstein, and Scott Nemes. The film was distributed by Focus Features and Sony Pictures.

Hanna is a teenage girl raised by her father, Erik Heller, in the wilds of northern Finland. Unlike the usual teenage girls, Hanna knows how to hunt animals and is well-trained in hand-to-hand combat and target shooting by her father. Her father, a former C.I.A. operative, trained her for a mission to assassinate the senior C.I.A. officer, Marissa Wiegler, who killed her mother and are still after both of them. 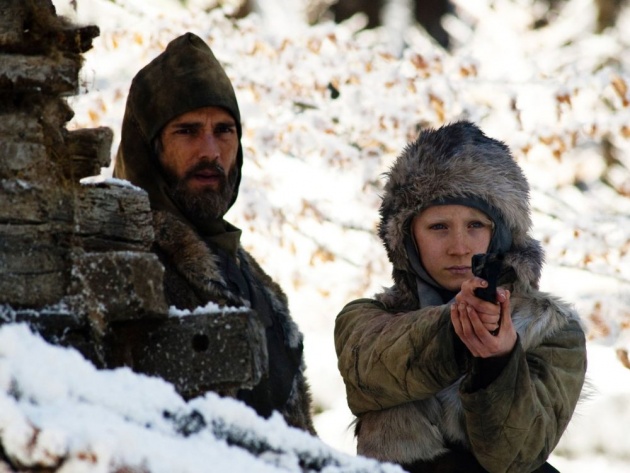 When Hanna was sure that she was ready to do the mission, Erik dug out a radio beacon which Hanna would turn on to let the C.I.A. know where she is. Hanna flicked the switch and Erik left their home to go to Berlin where they will meet after the mission. Later on, the house was surrounded by the C.I.A. and Hanna was brought to the headquarters in Morocco. 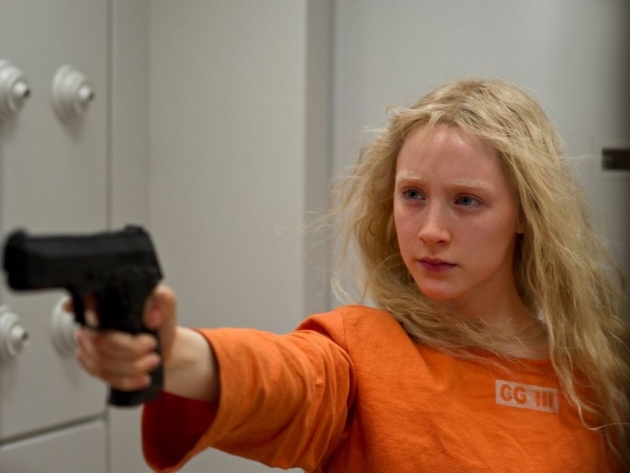 While being interrogated, she requested to talk to Marissa. As a precaution, Marissa uses a double to talk to Hanna. The fake Marissa spoke to Hanna recalling the past with the help of the real Marissa over the earphone. Hanna suddenly began crying and hugged the fake Marissa. The real Marissa told her double to move away from Hanna but the double insisted that it was fine. When staffs entered the room to sedate Hanna, the girl swiftly killed the fake Marissa and the rest, and made her escape from the headquarters.

Hanna arrived on a desert area where she met Sophie and Miles who became her friends. This was her first time to see the world which she only heard from the stories and lessons by her father. A kind man let her stay on a room where she spent the night. After awhile, Erik received a postcard from Hanna which says, "The witch is dead." Hanna then sneaked into the van of Sophie's family to travel to Berlin. The family soon discovered that Hanna was with them. They admired her sense of independence and gladly take her with them. 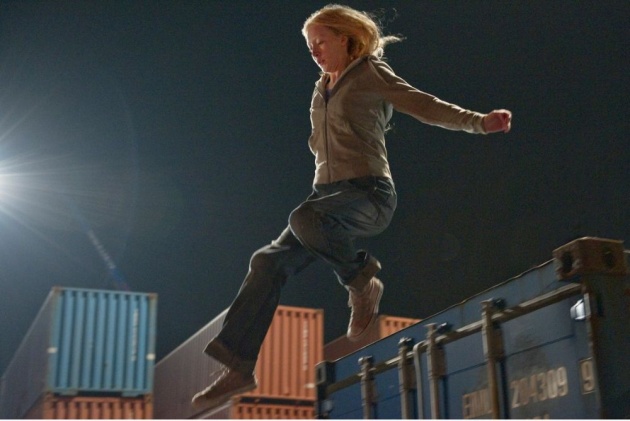 During the road trip, Hanna became suspicious of the vehicle following behind them. When Sophie's mother pulled over their van, Hanna quickly got out from the van and was chased by Isaacs and his men, the agents hired by Marissa to follow and kill the girl. Hanna fought back against Marissa's men and escaped from them by jumping into the sea. As she was making her way to Berlin, Marissa interrogated Sophie's family where Miles spilled Hanna's plan of meeting with her father in Berlin.

Marissa and his men went to Knepfler's house in Berlin to catch Hanna and Erik. Hanna who has already arrived at Knepfler's house, hid under a bed and overheard Marissa telling that Erik is not her biological father. Hanna was able to escape and do a brief research on the computer about her and Erik. She then went to her grandmother's home where she saw a photo of her mother splattered with blood and glass broken. Erik arrived a few moments later and was asked by Hanna whether he was her real father. Erik revealed that he is a former C.I.A. agent that recruited pregnant women to have their children's DNA boosted to give the children more strength, suited to become supersoldiers. The project was stopped and all subjects were terminated except for Hanna who was saved by Erik. 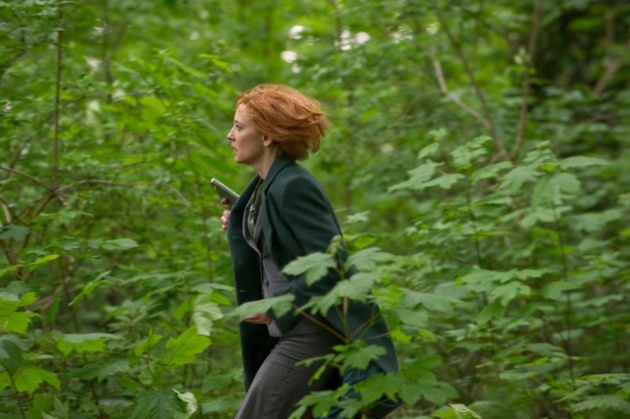 When Erik heard the enemies are coming, he told Hanna to run away. He distracted Marissa's men and killed them. However, Marissa arrived shortly and killed Erik, and went after Hanna next. Hanna asked Marissa to leave her alone and let her live a peaceful life. When Hanna turned her back walking away to Marissa, she quickly faced back to Marissa and shoot her with an arrow she got from Knepfler's body. The arrow hit Marissa but she was also able to pull the trigger of her gun and shot Hanna in the stomach. Just as Marissa was about to shoot another bullet to Hanna, she lost her balance and fell. Hanna stole the gun and didn't waste the chance to shoot Marissa.

"I just missed your heart."
- Hanna

The shots of Hanna's home in Finland was simply beautiful. For someone like me who haven't experienced snow, I really appreciated the cinematic and dramatic long shots of the snow-covered land and close up shots of the trees while slowly panning to Hanna hunting a reindeer. I also like the creativity of the upside down shot and swinging to the correct angle when Hanna first arrived at Knepfler's house. The play on perspectives was cool because it resonates with the place and Knepfler who is a magician living in an abandoned amusement park.

Visual effects were also great for this film especially when she killed the fake Marissa and when she sneaked under a vehicle. I'm not sure if the sewer on the desert where she came out while escaping was real. If it was a visual effect then it's very awesome. The blood makeup effect were also impressive even though I am not a fan of seeing bloody scenes.

Saoirse Ronan was perfect for the role in my opinion. The way she did hand-to-hand combats looked cool and the shots of her running showed her action star-like posture. She looks very awesome that it makes me wonder how much training have she undergone for her role. I also have to mention Cate Blanchett whom I first saw at the film Ocean's 8. I'm not that much familiar of her but it seems that she's popular on action films. She's great whether as a protagonist or an antagonist. 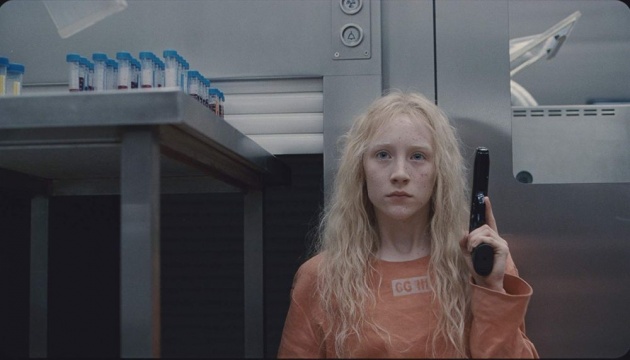 Hanna did her mission alone after being trained by his father. She fought and attacked her enemies on her own and traveled to Berlin. She's strong, brave, and wise. Her decisions during the mission was all her own. Hanna teaches us that we should learn to trust ourselves and become independent because there will come a time that we will be on a situation alone and ourselves is the only person there is whom we can rely on. 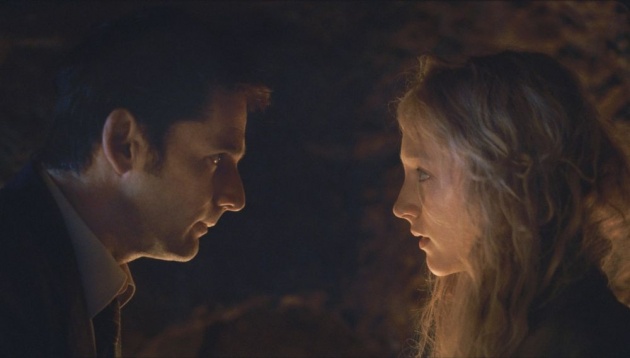 Erik Heller is not Hanna's biological father but he loved and raised her just like his own daughter. He trained Hanna for her to be able to defend herself and avenge her mother's death when the right time comes. He also sacrificed his life at the end to let Hanna escape. Erik shows that you can consider and treat someone as family even though you are not related by blood. As Richard Bach says, "The bond that links your true family is not one of blood, but of respect and joy in each other's life."

■ YOU CAN TRUST YOUR FRIEND 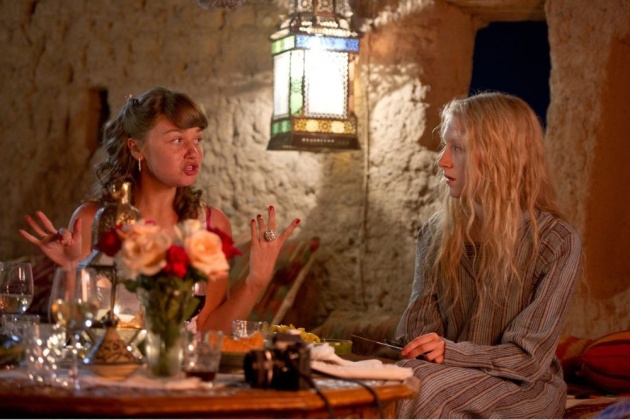 When Marissa caught Sophie's family and interrogated her in hopes to get some information about Hanna, Sophie remained mum regarding the secrets Hanna had entrusted her. Sophie tells us that you can trust your secrets to your friend. Her character also tells that you can also sometimes trust people you have just met.

■ DO NOT TELL YOUR SECRETS 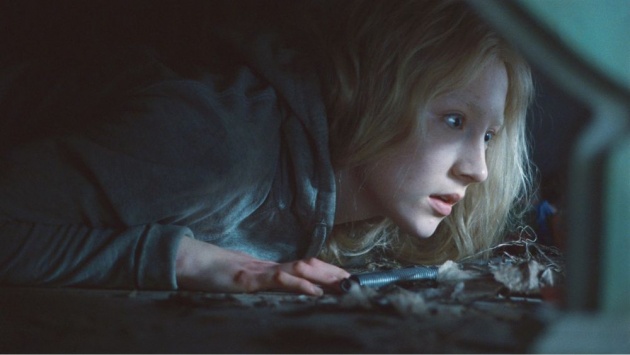 Meanwhile, Miles' character warns us that we should not tell secrets or any sensitive information to anyone. During the interrogation, Miles was persuaded by Marissa and told that Hanna was on her way to Berlin to meet her father. We should be careful on who we tell our secrets to and what information we give because there is no guarantee that they will actually keep the secrets to themselves even when they promise to keep it because as Stefanos Livos say, "No secret can remain hidden for ever. Silently and patiently, it waits in the dark. It lets you build your life, carefully stacking the bricks one by one, and then it appears. It deals its blow and everything crumbles. That’s why it remains intact and incorruptible in time, waiting for its ultimate destiny to be revealed."

■ YOU ARE NOT DIFFERENT 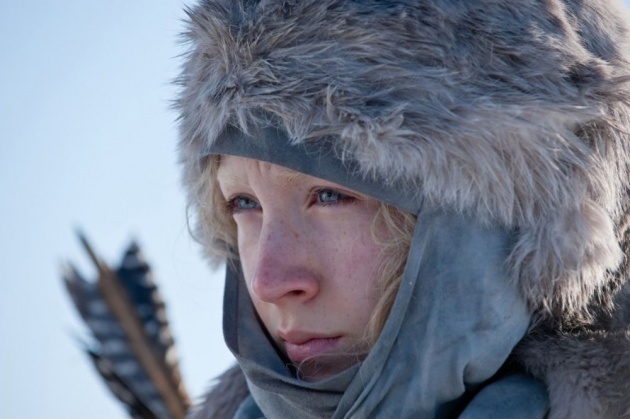 Hanna's DNA was boosted to be stronger than a normal human. She was diagnosed as abnormal and was chased by C.I.A. officials to be terminated. Despite the changes on her DNA, there is no doubt that Hanna is still a regular teenager girl who deserves to experience a normal life. Hanna is an example that our flaws does not make us different from the rest. We deserve to be treated normally. We deserve peace, love, happiness, and the best the world has to give.

Hanna is a refreshing film to watch for me because it is rare to see females as action stars and very rare for a teenage girl to have that role. It's amazing and only proves that age and gender is not a limitation. To see a young girl character on an action film beating the bad guys is also very mind-blowing and cool. I just hoped they showed a little of Hanna's life after being free from her killers. But overall, I like the film and I think more people should know about this film.