Hi bitLanders! I am bringing another movie review for you all today. I couldn't think of any other blog topic today from my own experiences lately so I am instead looking into the movies for our "The bitLanders Film Series" to Support Women Empowerment. The previous movie review I had posted was about Lucy, that common woman whose life was changed after getting a pack of a sort of drugs into her system.

Today, we'll go to a different world, its derived from a classic tale of a children's story about Hansel and Gretel, the very well-known fairy tale of how this sibling was kidnapped by some witch into the forest by luring them with candies and cakes and other confectionery. We are all familiar with that story right?

However, today's movie is a story of the grown-up Hansel and Gretel. Their lives now are totally opposite to that fairy tale because it's not for the children anymore, but for the adults. Let's check out the story and my personal review on this film as we look into the characters most especially on Gretel.

Played Hansel in this film, he had diabetic caused when the cannibalistic witch had to feed him with sweets when they were younger. He injects himself with insulin to treat it.

Played Gretel in the movie, she was the last ingredient in the Blood Moon sacrifice as she and Hansel were children of a White witch.

With such convincing acting skills, Gemma and Jeremy definitely was a perfect sister and brother duo.

Muriel in the movie, she was a grand witch and who live together with her sisters. She prepares for the Blood Moon by abducting 12 children. She was eventually killed by Gretel.

The sister and brother duo who had been captured by the witch from the famous fairy tale had grown up now. Fifteen years after they defeated that witch, they had now been known to be witch hunters. Because of their exposure to witches, they are have become immune to the spells and curses of such dark magical individuals.

In Augsburg, a woman named Mina was accused of being a witch and is being executed publicly by Sheriff Berringer. However, the mayor hired Hansel and Gretel to investigate the woman and even rescue the many abducted children.

Hansel and Gretel found one witch in the woods of Augsburg and found that the witches are preparing for the Blood Moon when they are going to sacrifice 12 children to gain immunity to their ultimate weakness which is fire.

Muriel, on the other hand, is a grand witch who was preparing for the blood moon. She knows Hansel and Gretel's family and revealed that their mother was a grand white witch which is why the siblings are immune to magic. Muriel decided to use Gretel's heart instead.

On the day of the Blood Moon, Mina, the lady which was accused of being a witch helped them kill witches and they were able to free the children. But she was killed too during the battle, Muriel was finally killed by Gretel.

In the end, the two siblings together with their new friends were found in some deserted places

I like the visual representation and animations at the start of the movie. It was like watching the Game of Thrones episodes. I knew I had enjoyed the very first time that I watched this movie together with friends and I liked the animation at that time. However, when watching it right now, I found that the animation isn't that really great compared to what we have now at this point in time and technology.

Most especially looking at the witches' faces. Their facial makeup was funny, the transition from having a normal face down to becoming a witch face was not very smooth. During the Blood Moon ceremony when all the witches were gathered together, it felt like it was one of those Halloween parties. It was not scary, for me, it was rather funny. 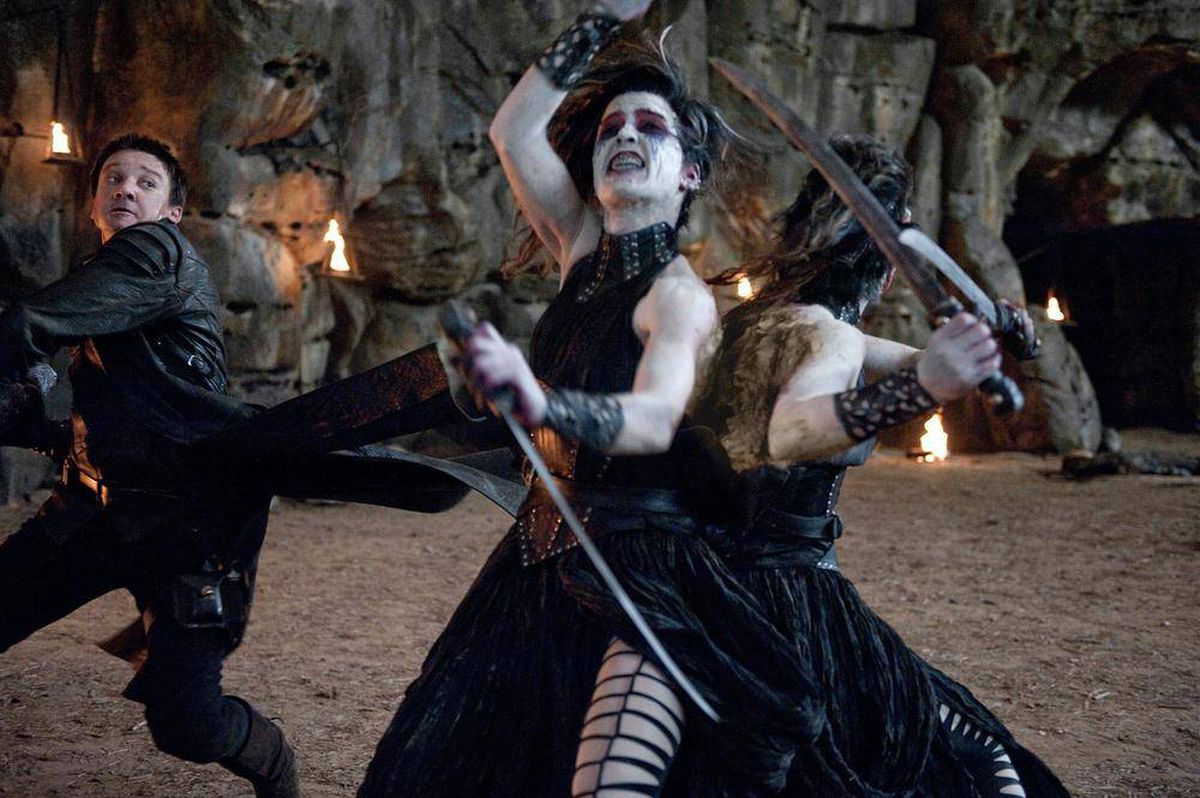 Also, when Muriel and her sisters were on her way to the town, Muriel used fire to burn one house but it was also stated that they are afraid of fire as it is the only element that can burn and kill them. I see that most witches in the story were a little dumb or nonsense. They are seen to be powerful but they did only a few magic tricks. Witches love talking too, in the entire movie, Muriel was seen storytelling about a lot of things including the lives of the siblings.

Although it was said to fail in both a fantasy adventure, I still liked it because the movie wasn't very scary to me. The only scenes which I dislike were the parts were the bodies were being torn into pieces and blood were spilling all over the place. But the end part of the film was great, they look cooler to see them hitting and gunning out witches. I guess that part was totally entertaining, there were effects which was like the matrix kind. I wonder why that type of witches was not presented during the movie sequences but only at the end when it was more interesting to watch.

Jeremy Renner and Gemma Arterton are just bad-ass looking hunters. Most especially Gemma Arterton, our Prince of Persia actress was totally looking hot in the film but then, when she met the troll Edward, I was a little awkward for that.

The movie's predictable for sure, there were certain characters who were seen in the film and we already know whatever happens to them and their role. But I seriously like that those childhood stories are being turned into such cool and action stories. I guess I wish they could have given more scenes for their family, like a twist perhaps to add a drama element into it.

Overall, it has a huge female heroine in the character of Gretel, her facial expression was enough for the movie. Kudos to her! I hope they could get a sequel to this one, with better effects, better witch magic, and animation. It might be a bomb!

Thank you for reading! Please join this Querlo chat about movie: