I will not let myself get into the same hole, that ye "
yes, that's all I can say to myself when I heard that name back in my life. somehow, all the flavor back. feeling frustrated, annoyed, angry, happy, love, and all the new feelings I felt after I knew him. after I fell. yes, love. whether it is love or merely love. which obviously I was falling, falling in a hole that gives me happiness. fall in the hole that contains so many beautiful things there. but the hole was too deep. the hole was too far from I guess. that I could not get out. until I was trapped there. in the hole, alone, in silence. holes should be filled by two people, just left me here. in solitude that torment me. alone, abandoned by all the wonderful memories we've been through together in this hole.

Morning came again. The fourth year I worked at this company, the company that gave me so much experience. in this place I can get a luxury sedan dah home office that the company gave me. but this all is not important, however, because my heart is empty. I remember those moments. when I shut up and pay attention to them, my extended family. Large family named orphanage Light. yes, Light, that's my name. first orphans in this orphanage. child who gives light to a widow who lives alone seller cake. found under the tree city park when selling cakes. light, that's the name he gave. simple, sweet, but a lot of meaning. because since then. mother goddess gained a lot of sustenance, cakes commonly sold hard sell even one of the famous shops in the city always order the homemade pastries mother goddess. 6 years after the care of the mother goddess, she can buy a home that is more than simple for both of us, at the same orphanage was founded. where I met you.

I still remember the tears, the tears are endless even knows how many drops that I spend. perhaps hundreds, of thousands of tears. but it can not erase my wounds. at the sight of the mother goddess motionless swaddled putin named shroud. at the sight of her body gradually disappeared under the barrow. who knows what else is going on I do not remember. since then I've been in my room with state of the eyes so swollen that it was difficult for me to open it.

I was not a cheerful child, even tekesan cool and fierce. because my nature that I never had many friends. and those who can see the goodness and warmth in me only the mother goddess, and you.

Yes. you give happiness for me. you remove all my wounds. you fill out all of my loneliness. you who know what I like and what I hate without me give tau. you who know all kekesalanku, all the feelings that I just keep it to yourself. my name is light, but when it really becomes light is you and all kehangatanmu.

All so much fun. because ye warmed my heart cold, harsh and softened my nature. when I was 17 years old, that's when I realized, if I really love you. and when it anyway, you go, leave, and all the happiness that you gave me.

"Aya!" I stop immediately. berdegub very strong heart to possibly be heard by the people around me. breath as if choked. has nearly 10 years I did not hear it. voice always sounded warm.
"Hey, aya!" A voice came closer, coupled with accelerated footsteps. I wanted to turn around, and make sure that the voice belonged to someone who had been missing from my life. but my body remained fixed. my lungs too nervous to show symptoms, ie shortness of breath.

His footsteps getting closer. as well as the increasingly loud heartbeat. "He called my name" the phrase many times I say, until either since from when he was already in front of me. those eyes, that smile, adi! together with the presence also of all the grief that has been 10 years I forget.

We were both silent, staring intently each face.
"Aya, a .." plaakkk ...
He could not continue my hand had landed hard on his cheek. I can not hide the face pucatku, until I quickly got into the office and let himself get tamparanku shocked silence.

Suddenly there is a new sms number for I did not know.
"Thanks aya, you still want to touch me. I thought you were disgusted with me "
Deg .. "why the response he just like that really, really annoying. go there wrote much of my life. make eye Sepet wrote lo "
But he simply did not change, still the same warm as it used to. I will not see the slightest anger in his face when I had slapped her.

Selesei work I went straight to sedanku. once again, he managed to make me pale. he comes with riding a blue color. Our favorite vehicle both.
"I know you do not like the sedan up, come on! I between home "
Either hypnotized or something, I indulged. The bike ride and dibonceng him.

"Why did you come back?" Question that just came out of my mouth without me knowing it. I know the moment she was shocked to hear the question because suddenly his bike he brakes for no reason.
"Because I want to restore the happiness that once I took 10 years ago"
deg, my blood seemed to ripple, and immediately all the flavors that have I forgotten back. I feel the warmth of it back, until he could feel my tears out back. water that had been frozen and never come out again from my eyes, now began to melt because of its warmth.

Adi knows I cried immediately stop pedaling activities.
"You what?" The question I can not answer. I even continued cries even louder.
"Hey, aya! you know why? forgive me yes! "I can hear the tone of panic.
"To .. contact .. why .. you per..gi in? a .. I ben..ci ba..nget with you! ka..kamu te.ga ninggalin a..aku sendi..ri "remains to cry, I shed all kekesalanku today, in front of him. he knows that happiness is he. if he wants to restore happiness, it means he wants to come back to me.

"I got a scholarship to go to college in Autralia aya, I can not tell you, because I do not like most things in this world is to see you cry" he spoke as he bowed his head in, but all that could not hide the fear in her face . all body movement and facial expression really showed that he was very depressed at this time.
"I was really scared when I come back you already belong to someone else. but I'm happy, because you are never in a relationship with anyone after departure "reflex she immediately hugged me, I was still frozen at the time. all this really made me shocked.

"Aya! will you marry me? "once again face paled, tears who had been out immediately stopped. The question I've always wanted to hear from him, now directly spoken.
I remained motionless, my face may already imply the expression like someone who is doomed, until he returned to repeat the question, this time with a penetrating gaze leads to me.

It turns out that the hole for the kutempati not alone. He also was there, in that hole with me. it's just that I can not see it clearly. but certainly, this hole was silent again. because starting today, we're both going back to fill this hole with both happiness. 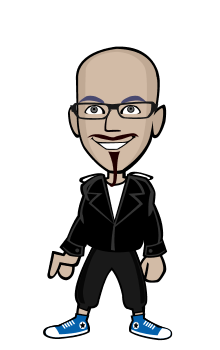 Hello everyone! I have written blogs about many various things. Books, movies, TV series... This one…