People love celebrations. From birthdays, weddings, graduations, monthsaries, anniversaries, to getting your first job, first salary, or even your pet's birthday. There are also other celebrations like friendship day, siblings day, otaku day, etc. The list goes on but did you know there's also a special day to celebrate watermelons? 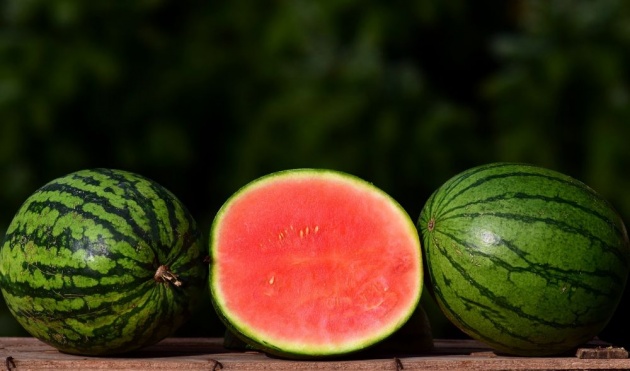 Surprise! The juicy, luscious, refreshing, and all-time favorite summer food also has its special day! People around the world celebrate Watermelon Day on August 3rd. Some people hold events (like this one) while you can also do a simple celebration by eating watermelon, of course. What's the best way to celebrate than eating it, right? Drink watermelon juice, eat watermelon popsicles, or just simply eat it as it is. Aside from eating watermelon, others also do art and other crafts to show their appreciation for the watermelon. (I'll show you my watermelon arts at the end of this blog.)

IS WATERMELON A FRUIT OR VEGETABLE?

Oh, this is a fun question. Before reading further why not try answer the question. Is watermelon a fruit or a vegetable? 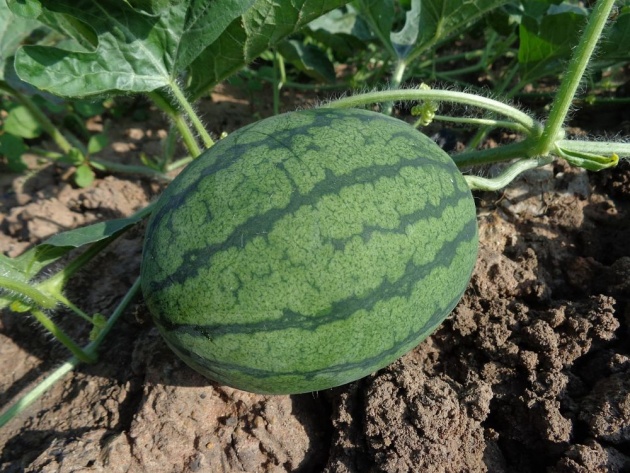 Watermelon is a vegetable because it is a member of the gourd family like squash, cucumber, pumpkin, or those that grow vines. Meanwhile, it is also considered a fruit due to its sweet and succulent inner flesh just like melons.

So to answer the question, watermelons can be either be a fruit or vegetable. It's up to you which would you believe in, just like between religion and science. (Lol.) In China, Russia, and Southern America, the rind is considered a vegetable. They stew, stir-fry, or make pickled watermelon rind. The pickled watermelon rind sounds intriguing, I wonder how does it taste. Maybe watermelons are certainly a fruit and vegetable because the inner flesh is eaten like how a fruit should be eaten while the rind is used like a vegetable.

For me, I consider it more of a fruit than a vegetable because it's sweet, tasty, and could be eaten without cooking. (To be fair, some vegetables could be eaten raw too.) Try going to the supermarket and find where the watermelons are displayed. Where? At the fruits corner! So even though it is also a vegetable, I guess majority of us consider it as a fruit.

● THE OFFICIAL VEGETABLE OF OKLAHOMA 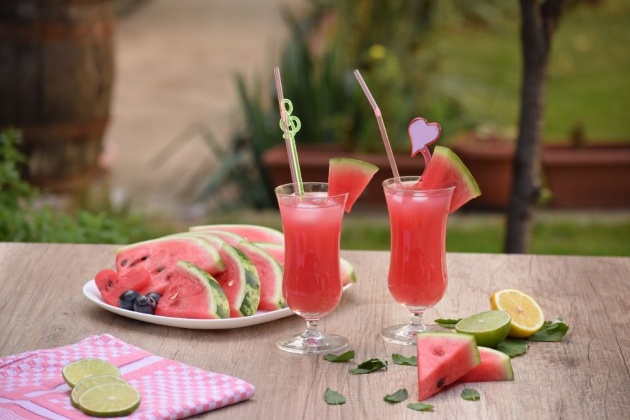 The watermelon didn't have its name for no reason! Watermelon is 92% water which is good for hydration especially during the warm weather of summer. It's a great food to deter dehydration and keeps our body refreshed and hydrated.

● HAS MORE LYCOPENE THAN TOMATO 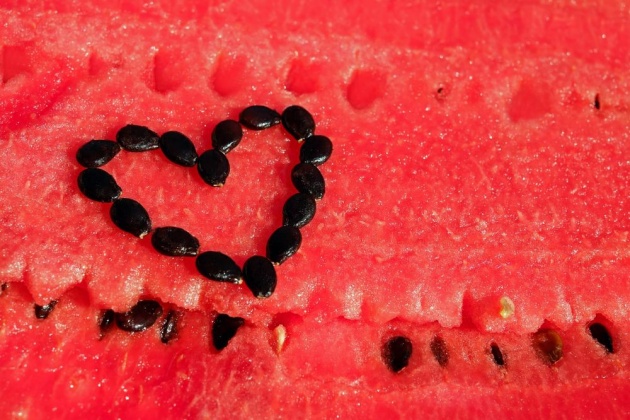 Aside from the rind, watermelon seeds are also edible. It is rich in zinc, magnesium, and protein. We usually don't eat it and admit it, it takes awhile to remove all the seeds embedded on the watermelon's flesh. However, they say it is safe to eat its seed and you won't grow watermelon in your stomach if you eat it. There are two ways to eat the seed. You can dry it first before eating, like the seed of a squash, or you can chew it fresh along with the flesh. I remember drinking watermelon shakes before with grounded watermelon seeds in it. It tastes fine but I'd rather eat it separate. I like my watermelon shake smooth.

● THERE ARE YELLOW WATERMELONS

Since watermelon is 92% water, does not contain fat and cholesterol, this makes this fruit a good food for detoxifying. Here's a video for a more explanation.

Here are other recipes to enjoy watermelon more! In Egypt, they eat watermelon with feta cheese. That seems interesting and delicious!

● THERE ARE SQUARE WATERMELONS 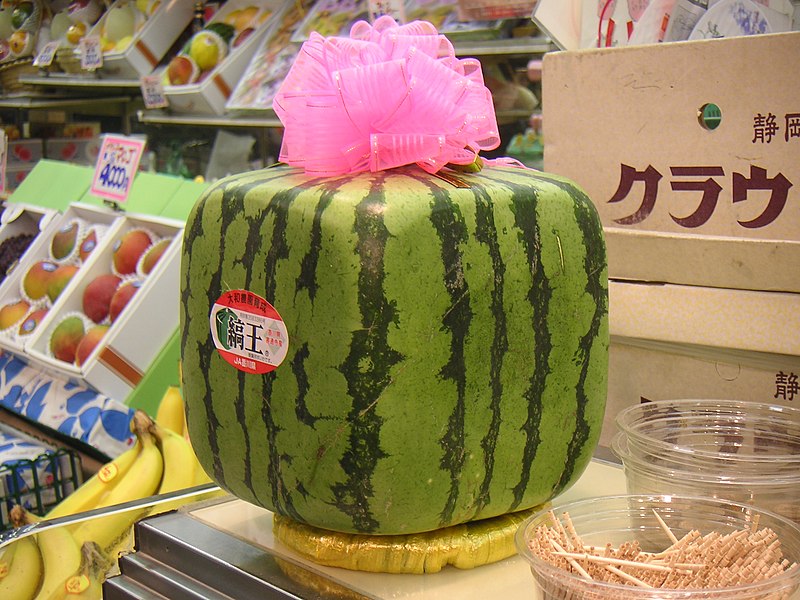 Did you know, square isn't only the shape Japan makes with watermelons? There's a triangle, heart, and even face-shaped too. There are probably more other shapes, you know in Japan, the universe is the limit!

(Additional trivia: Did you know, that watermelon is also used on a Japanese summer game? The game is called "suikawari" (スイカ割り) or "watermelon splitting" wherein the watermelon is placed on the ground and has to be smashed with a stick while the player is blindfolded. The game is similar to a piñata. "Suika" (スイカ) means watermelon while "wari" (割り) means split.)

First is this lady wearing a watermelon dress while holding a watermelon! The dress was inspired by my favorite Japanese female singer, LiSA. She wore a watermelon outfit when she went to Singapore for her Asia Tour last 2015. Here's the video on how I made this drawing. 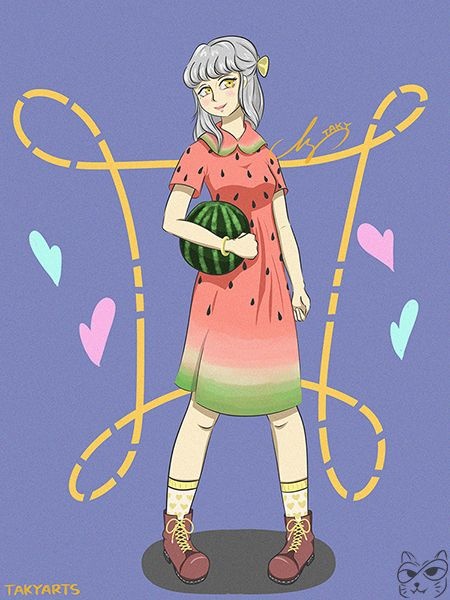 Next is a cute little or chibi girl who is about to devour a slice of watermelon on a picnic. I made this art only this month. Notice that her socks are also watermelon-inspired.(My digital drawings were drawn using Wacom Intuos Comic.) 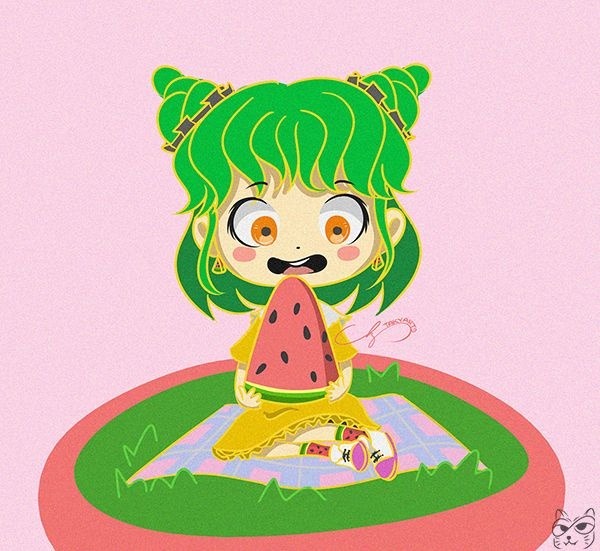 Last is a watermelon slice drawn using oil pastels. This is my first time to use oil pastels and I rarely do traditional art so this watermelon art is special for me. 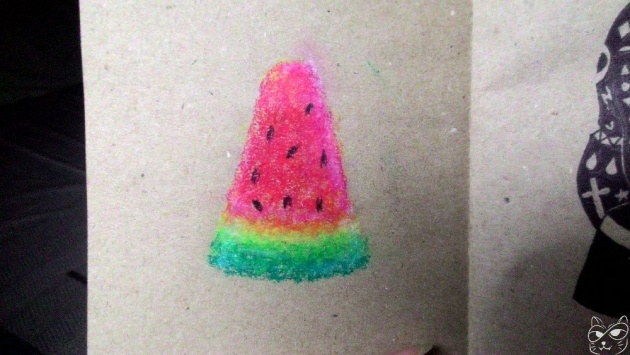 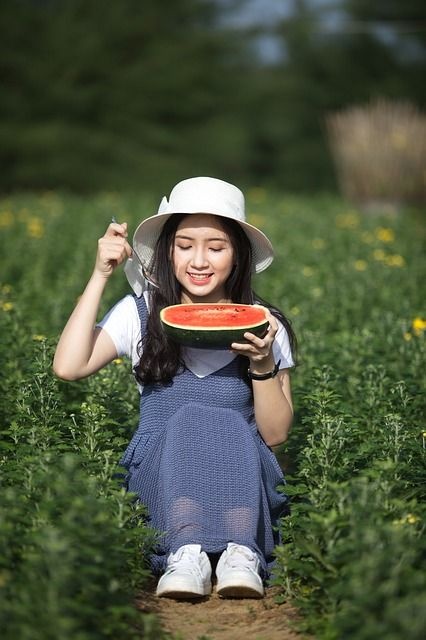 Whether it may be a fruit or a vegetable, or no matter what the shape is, watermelon is a great food everyone should eat. It looks cute, tastes great, and gives amazing effects and nutrients to our body. Watermelon certainly deserves to be celebrated across the globe! Will you celebrate Watermelon Day next time?