Happy St. Patrick's Day Everybody! Here's Why We Celebrate It.

So I never thought I'd say this, but man am I impressed with Georgia. I'll get to that in a bit. 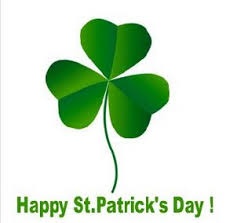 Most people aren't really too positive on what St. Patrick's Day actually is for. They know it's for the St. Patrick (or in his honor really) and they know that it has a lot to do with Ireland, drinking, and the color green. That's usually as far as the knowledge base goes. That's unfortunate, but totally fine - because I'll tell you what it is. Here's a bit more of WHAT it is rather than WHY we have it.

Get why I'm so impressed with Georgia now? They made it a damn holiday. GEORGIA did this. That's insane to me. Kudos again Georgia!

So then why do we have it? Well it depends on what christianity path you want to go down. Most of them differ, but come back to the same core point. Here it is.

According to tradition, Patrick returned to Ireland to convert the pagan Irish to Christianity. TheDeclaration says that he spent many years envangelizing in the northern half of Ireland and converted "thousands". Tradition holds that he died on 17 March and was buried at Downpatrick. Over the following centuries, many legends grew up around Patrick and he became Ireland's foremost saint.

So Patrick went to Ireland and converted the Pagans to Christianity. He did this without killing them - just talking to them. What a sly fox.

Oh, and the green thing. The reason we all wear green on St. Patrick's Day is that St. Patrick himself carried with him a four leaf clover (some say it was three, but whatever). The color green has always been associated with Ireland, but the clover and the color represent St. Patrick as well.

Also, there are no rainbows, leprechauns, or pots of gold. That's just on cereal boxes kiddos.

So have a happy St. Patrick's Day! And the next time someone asks why we celebrate it you can politely give them a quick history lesson.