Haven - As You Were 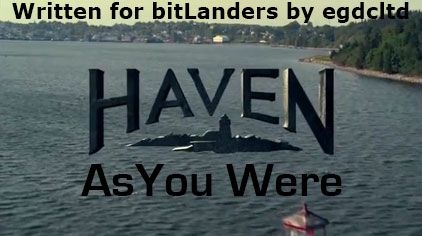 "As You Were" is episode nine of season one of Haven, a supernatural drama series loosely based on Stephen King's novel The Colorado Kid. In this episode, Parker ends up on an island at a party where a chameleon is killing people and taking their form. 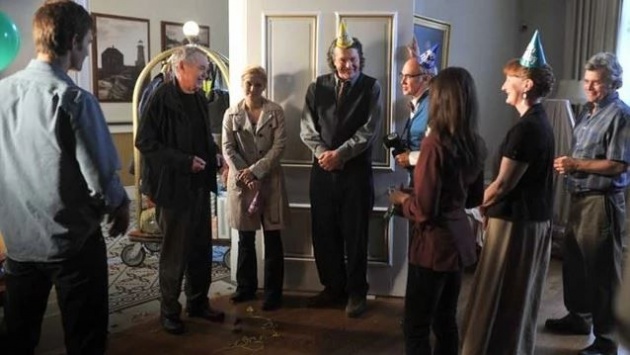 Heading for a Privately-Owned Island

This episode opens with Parker and Duke on a boat heading somewhere. Duke won't tell her where they are going though, until they get there. They are heading to a privately owned island some distance offshore where there is a hotel that is apparently no longer used - although it looks in amazingly good shape. When Duke and Parker get there, it turns out what he was taking her to the hotel for was a surprise birthday party.

Parker is the Spitting Image of Lucy Apparently

Nathan is still feeling a bit under the weather, after Jess left town - permanently - at the end of the previous episode, "Ain't No Sunshine". The owner of the hotel, the last of the Carpenter family, and the island, when he meets Parker, says that she's the spitting image of Lucy Ripley; presumably the person in the photograph of the Colorado Kid murder. There's something weird about the man; after leaving the party to supposedly see to the power, his face undergoes some strange contortions, as if it's not actually his face. The party has the hotel for the weekend. 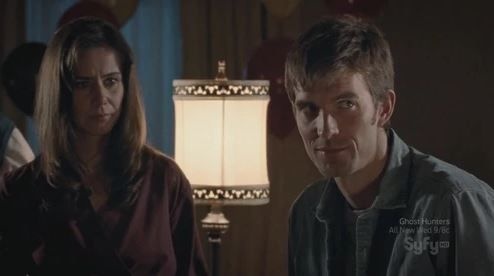 Before the party gets underway, Carpenter takes Nathan's gun and then one of the party finds his skin. According to the sheriff, Carpenter was actually a chameleon and has now killed someone else and taken their form. So they find themselves on an island, with a mystery killer, who is one of them. Some party. Sheriff Wuornos says that it's aim will be to kill everyone it can, as he's dealt with one before.

It's Not a Coincidence

This all seems like a bit of a coincidence, as Duke points out, but the Carpenter-chameleon had actually invited them, in particular Parker, out to the island. In some respects, parts of this are similar to John Carpenter's The Thing.

Haven - As You Were Trailer