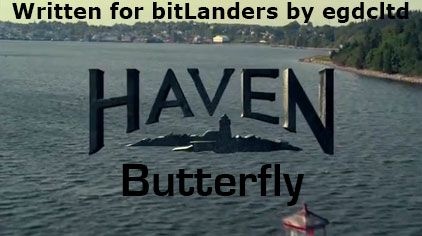 "Butterfly" is episode two of season one of Haven, a supernatural drama series loosely based on Stephen King's The Colorado Kid. In this episode, Parker and Nathan look into some weird incidents that all have butterflies near them.

In the first episode, "Welcome to Haven", Parker had decided to stay in Haven, as she had been given an old newspaper article with a picture of a woman who looked very like her. Given that she is an orphan, this could be a possible relative. Her boss was okay with her staying, and was actually watching her when she called him - it seems he deliberately sent her to Haven for reasons other than those stated. And that's just the start of the weirdness that will ensue. 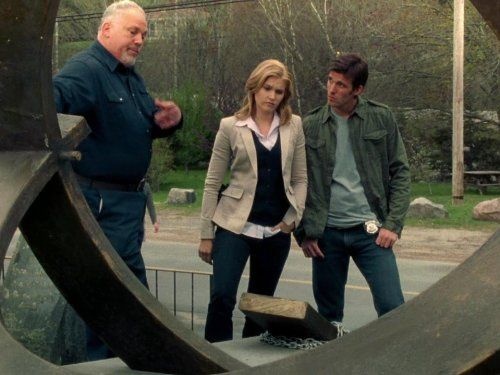 A Rolling Metal Ball and a Blanket Cocoon

This episode opens with a bit of a dispute outside a bar, as one man, Driscoll, doesn't think his daughter should be working there. What looks like the next day, a large metal ball rolls into town, with a butterfly fluttering around it, and rolls into the bar. Parker is trying to find out about the women in the photo from the chief and ends up accompanying Wournos to the scene. The ball is part of a sculpture outside the church that Driscoll preaches at. Driscoll is another person that Nathan has history with. The reverend, an angry but not violent man, seems to have an interest in butterflies. That night, Parker sees a butterfly just before her blanket unravels and cocoons her. She suspects Driscoll. 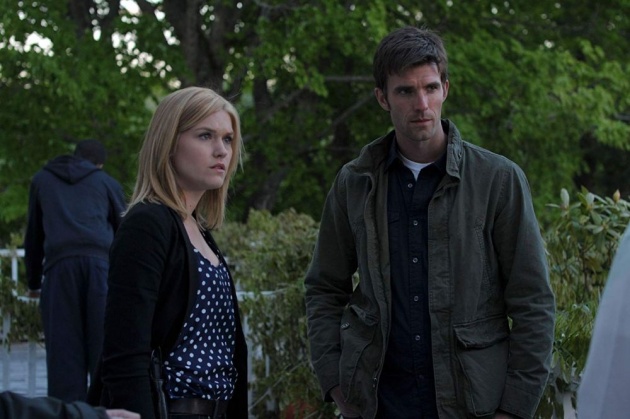 However, when they go to see him, another butterfly appears and Drsicoll himself is attacked - by being stuck to a car and then another one without a driver tries to crush him. Parker then considers the reverend's daughter to be a possible suspect (and Nathan used to date her). It seems the daughter also had a problem with the owner of the bar. That also seems a little obvious.