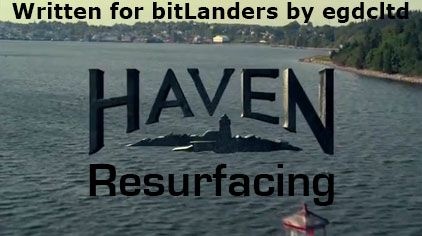 "Resurfacing" is episode twelve of season one of Haven, a supernatural drama series loosely based on Stephen King's The Colorado Kid. In this episode, a fishing boat is found with four of the men on it missing and the fifth only a skeleton. 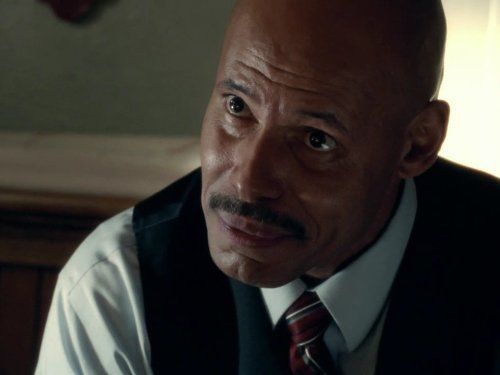 Parker is Staying in Haven

This episode opens with a man finding a boat, called the Fisherman's Honour, on the shore. He enters the boat, and finds a skeleton inside. In the previous episode, "The Trial of Audrey Parker", Parker had been manipulated by her boss, and Chief Wuornos, into quitting the FBI and working properly for the HPD. Not that she knows this. So she's now staying in Haven.

The boat had been lost at sea, with five men on board. Of course, they only have one skeleton. The man had taken something from the skeleton, a crucifix, before the police came, and given it to the wife of the presumed dead man. Although she said that her husband Andy wouldn't rest easy without it.

A Poltergeist in the House?

The wife of the man who owned the boat is at home when something flies off the table. Her husband had been a drinker, although sober for years, and was blamed for the sinking. When Andy's wife comes around, they get into an argument and things really start flying around. The woman and her family have been getting trouble ever since the boat disappeared; as her husband was blamed, but isn't around, they are getting the trouble. There might be a ghost, or a poltergeist - there is a teenage girl and a young boy in the house and poltergeists have been linked to emotional turbulence in children and teenagers. But the girl is too obvious. 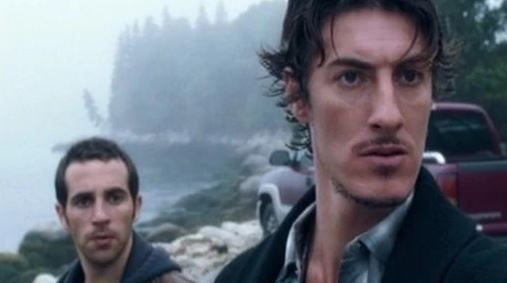 Nathan Has to Help Duke

Some of the parts on the boat looked unusually corroded and it appears that Duke had sourced them. It seems that Duke has got problems, as he has apparently stolen something from someone, or at least they believe so - who will kill him. So Nathan has to help Duke.