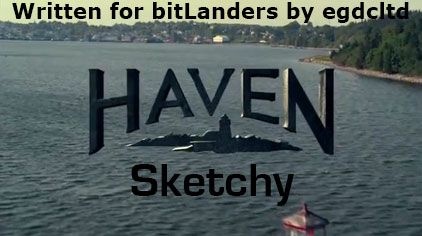 "Sketchy" is episode seven of season one of Haven, a supernatural drama series loosely based on Stephen King's novel The Colorado Kid. In this episode, several people suffer from strange, and sometimes fatal, injuries with no apparent explanation.

A man is on a boat trying to convince his friends to invest in a private equity fund. They've been bitten before, so back out. After they leave, he suddenly crumples up, with his bones breaking. 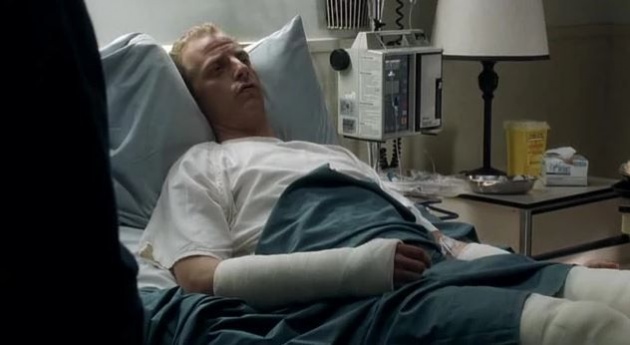 Nathan is Being Slow on the Uptake

Jess, the witch who Nathan and Parker met in the previous episode, "Fur", is trying to get Nathan to go out to her place. He's not getting the picture, so Parker helps him out. Then they get called out to the weird happening with the man - who actually isn't dead, but is very badly injured, with several major bones broken. The man, and his friends, are rather loaded.

Then, at an estate agency in town, another man is sliced all the way through in several places, just like a loaf of bread. Also a bit weird. There's a similar black substance at this crime scene to what was at the first - and the witness was present at the first death too, another of the deck crew. 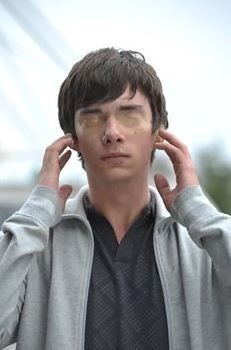 Two Victims With a Dubious Reputation - But a Third Without

Both victims had a dubious reputation, and were con artists. Then there's a connection to another one of the deck crew - but he turns out to definitely not be guilty, when something equally weird, albeit not fatal, happens to him. He also doesn't really match the first two victims, not having the same 'sketchy' reputation. Perhaps he was simply silenced. The crew of the boat are all connected somehow, but how?

The Troubles Are Back - But What Are They?

A previous time known as 'The Troubles' has been mentioned a few times. It seems that they are back, whatever they are. Perhaps a time when weird things happen.