Haven - The Tides that Bind 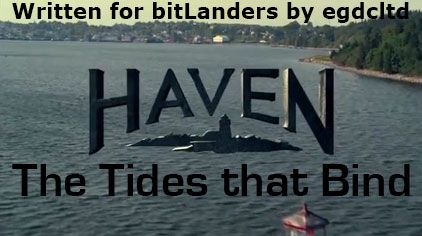 "The Tides that Bind" is episode seven of season two of Haven, a supernatural drama series loosely based on Stephen King's The Colorado Kid. In this episode, a family is encountered whose men lose the ability to breath air during the Troubles. 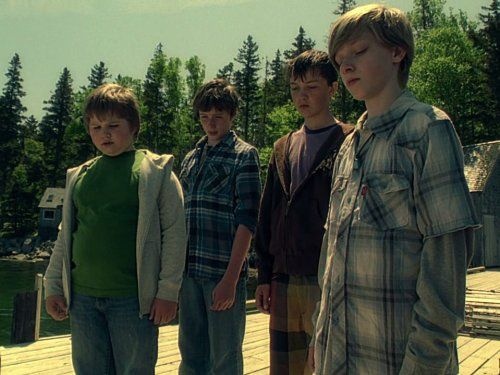 Thrown Into the Water

This episode opens with five boys singing a song on a dock, before four of them grab the fifth, tie his legs to a brick, and throw him into the water. A man, with one of the maze tattoos, comes to the end of the dock and sees the fifth boy in the water. He doesn't seem disturbed by this. 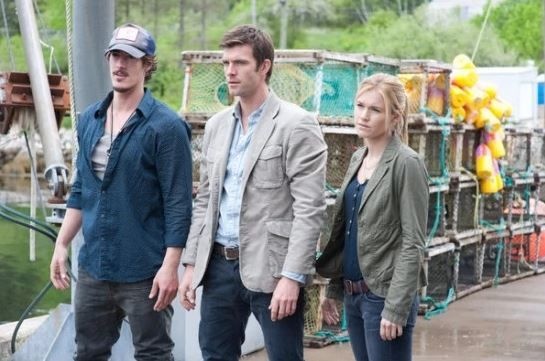 The Man is Now Dead

A body is found on the beach in Haven - but it's not the boy, but the man. He has what seems to be a suicide note on him. Duke wants to know more, given that he is supposed to be killed by someone with that tattoo. The dead man's ex, who works for the reverend's soup kitchen, says that many of her dead husband's family, the Glendowers, have that tattoo. Also, their son is missing, and he was at her husband's family's place.

The Glendowers have a compound outside the town, and sound more like a cult than a family. Nathan has been out there before with the chief, and he and Parker head out again. The Glendowers refuse to give the boy, Daniel, back, and basically run them off. They are told by a creepy boy - especially creepy, as he was the one thrown in the lake - that Daniel is one of them now. 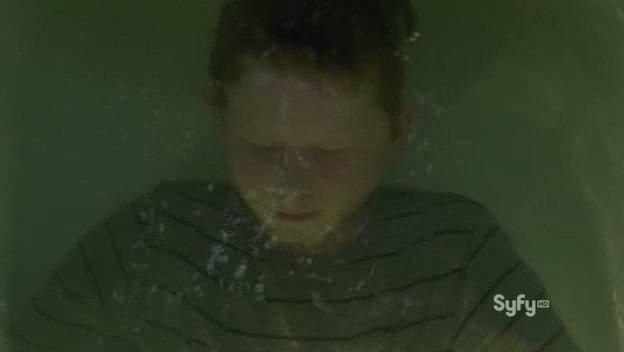 Have You Been Breeding With Deep Ones?

The reverend is organising a party to get the boy back; it seems that he blames one of the Glendowers for his wife's death, which he believes was murder. Nathan and Parker head out there that night and find evidence that the Glendowers knew Lucy Ripley - they reacted oddly when they saw Parker - and find Daniel underwater in a bath. It seems he actually needs to be under the water - the Glendower men, during the Troubles, lose the ability to breathe air, and migrate into the sea, starting with the children. Sounds like they've been breeding with Deep Ones.

Suffocating in the Air

The Glendowers aren't as evil as thought; certainly not as Driscoll thinks. The dead man's suicide note wasn't his; it's from the reverend's not as dead as everyone thought wife (so perhaps his death is what it seems). The boys are all kidnapped, and the rev is believed to be responsible. If they aren't found in time, they will suffocate.

Evi and Duke are looking into the rev themselves, and there's going to be a clash between the rev and the Glendowers. It seems the rev may not be responsible, but that doesn't mean he has nice feelings for the Glendowers - or is willing to help. Daniel's mother's mind has been poisoned by the rev's hatred.

Haven - The Tides that Bind Trailer