Haven - The Trial of Audrey Parker 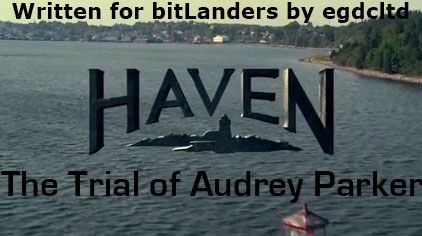 "The Trial of Audrey Parker" is episode eleven of season one of Haven, a supernatural drama series loosely based on Stephen King's novel The Colorado Kid. In this episode, Parker and several others end up trapped in Duke's boat when some of Duke's friends seal them in and set sail. 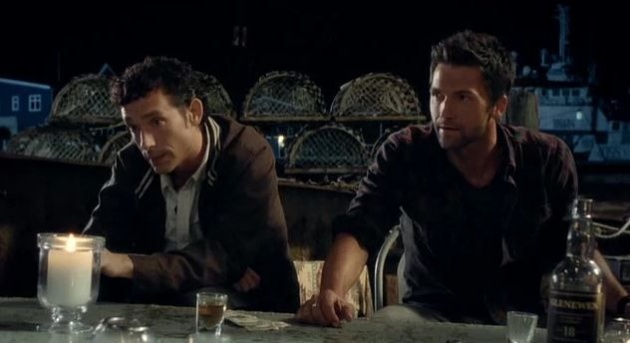 It's Parker's night off and she, Julia and Duke are playing poker with a couple of Duke's friends on his boat. The friends seem a little odd. Nathan and Chief Wuornos are in the police station when Parker's boss, Agent Howard, arrives on the scene. He's looking for Parker for some reason. He wants her to return to Boston - although he manipulated her into going to Haven in "Welcome to Haven". Parker hasn't been reporting in as she promised. So she tells Howard about the weird things that have happened. Parker and Howard wind up sealed inside the boat; Parker is trying to get out, but Howard wants her to talk about her reports. She doesn't know that Howard knows more than he's letting on. 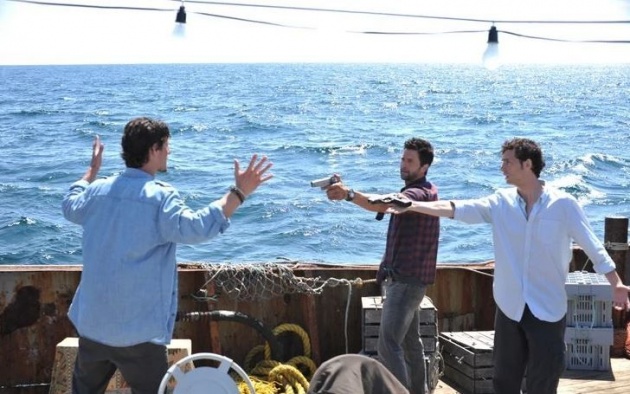 Duke's two acquaintances actually want something from him. Then Duke and Julia wind up locked in as well, and the two acquaintances set sail in the boat. With the others all locked in. Although it's Duke's boat, and he has escape hatches and guns. Unfortunately, the two men are ahead of him. They want a box from Duke. And the boat springs a leak.

Nathan is Getting Worried

Nathan and his father are still having problems with their relationship; the chief wants Nathan to open up to him. Nathan is tired of his father keeping things from him. Nathan is getting worried about not being able to contact Parker.

When Parker is searching Duke's boat, there is the Stephen King book The Tommyknockers prominently on display. King wrote the story, The Colorado Kid, on which the series is based. There also seems to be a reference to The X-Files, when Parker mentions someone that Howard trained who started chasing aliens, and Howard also references The Children of the Corn, another book by Stephen King.