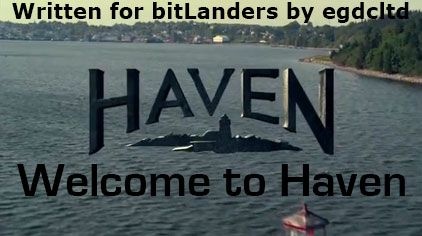 "Welcome to Haven" is episode one of season one of Haven, a supernatural drama series loosely based on Stephen King's The Colorado Kid. In this episode, FBI Special Agent Parker heads to the Maine town of Haven to discover things in this place are often weird.

Go to Haven and Find a Fugitive

This more originally named pilot episode begins when FBI Special Agent Parker is awoken by her boss, Howard, who is sending her to the town of Haven, Maine to find and recover Jonas Lester, who just escaped from a Federal lockup and killed a guard and has returned to his home town. However Lester seems to have run into some trouble of his own, and is disarmed by an unseen force and thrown a long way off a cliff. 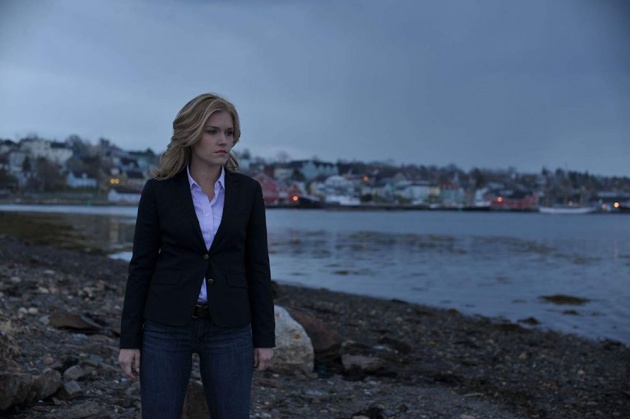 An Accident on the Way In

Parker is on her way into Haven when the road cracks in front of her, causing her to swerve and sending her through the barrier and almost off a cliff. She is rescued from the car by a man, and the car then falls off the cliff. There's a tense moment when her rescuer realises she's armed - he's a Haven PD officer. He had also just left the scene where Lester's body was discovered. Parker thinks he was deliberately killed, not accidentally, and the chief of police isn't exactly broken up about it. Parker is assigned the detective who helped her from her car, Nathan Wuornos, and he's the chief's son. 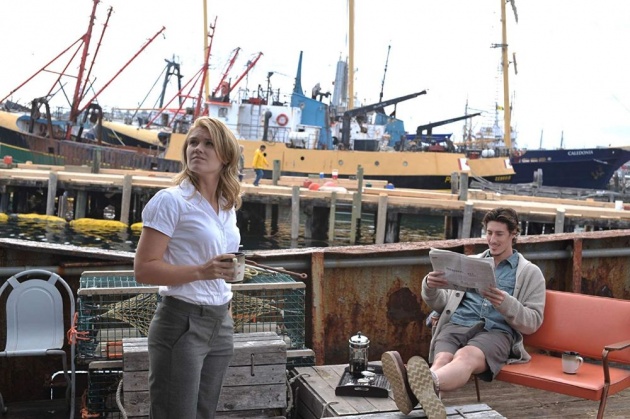 A Weird Fog Rolls Into Town

Whilst they interview a suspect, who the dead man had stolen money from, a weird fog rolls in and he disappears, and the fog does too. Her new associate also can't feel pain. That night, whilst looking for another suspect, whose gun was found on the scene, Parker gets blown into the water by a nearby lighting strike during a hailstorm. She is saved by this second suspect, Duke, who Wuornos has a bit of a problem with. There's some weird weather in the town. The weather isn't the only weird thing in town - the first suspect seems to have some unusual powers.

This is Not Your Average Town

Parker has an open mind, but things are getting really weird.