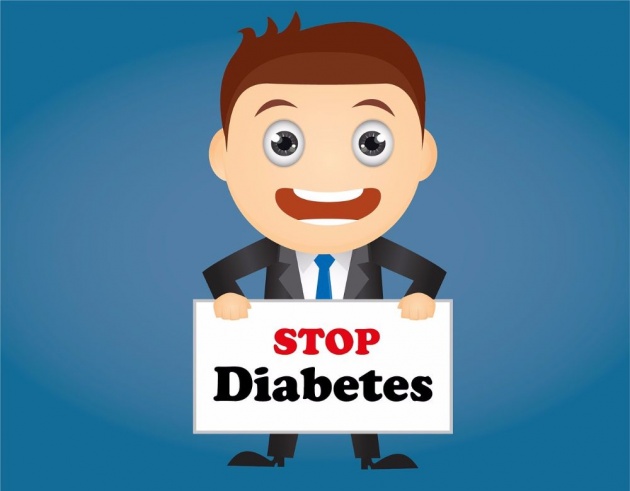 Hello everyone, I’m on to my second blog about common illnesses, its causes, symptoms and medications, hoping I could impart a little knowledge about those things that we should not take for granted as far as health is concerned and this time it will be about Diabetes, the disease that claimed the life of my beloved father many years ago.

Again this blog aims to disseminate essential information that could help people become aware of the pros and cons of Diabetes and perhaps learn about some measures to take in order to get away from it or maybe survive when one has it already.  I will do my best to make it very simple and comprehensible so that even ordinary people, I mean those who do not have enough background on health and wellness will be able to comprehend thus helping him or her deal well with those common illnesses. 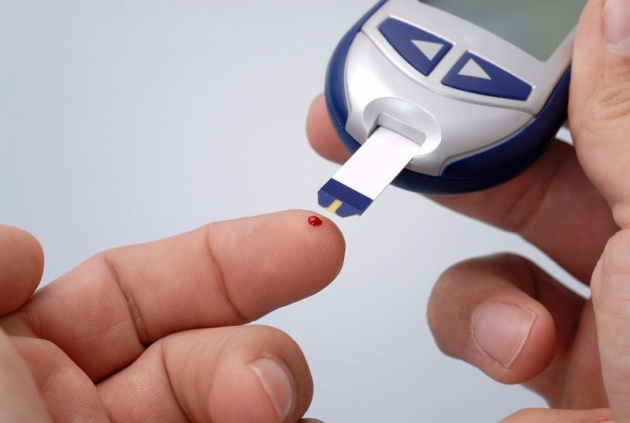 Diabetes mellitus (DM), commonly referred to as diabetes, is a group of metabolic disorders in which there are high blood sugar levels over a prolonged period. Symptoms of high blood sugar include frequent urination, increased thirst, and increased hunger. If left untreated, diabetes can cause many complications. Acute complications can include diabetic ketoacidosis, hyperosmolar hyperglycemic state, or death. Serious long-term complications include cardiovascular disease, stroke, chronic kidney disease, foot ulcers, and damage to the eyes. - Wikipedia

In other words, a person with diabetes usually experience raised blood sugar in the body or what they called hyperglycemia.  As mentioned above, this medical disorder could lead into a more serious damage to different parts of the body like the heart, blood vessels, kidneys, eyes and nerves.  There are four broad classifications of diabetes but whether it is Type 1 or Type 2 or gestational diabetes, one should know that having this sickness means there is too much glucose in the blood.

I remember when my father got sick, my mother used to buy him fruits and let him eat a lot thinking that he needs it to regain his energy.  Not knowing that basically sweets or excessive rice in his diet caused his sugar level to rise at a level where it is already hard to control or impossible to cure.  Now I realized having enough knowledge about these little things could somehow save a life. 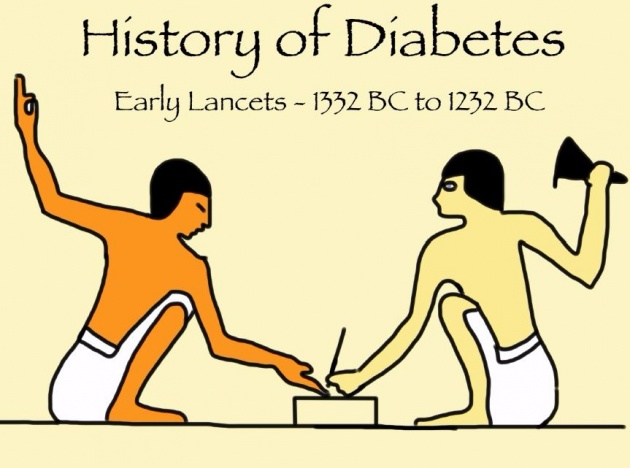 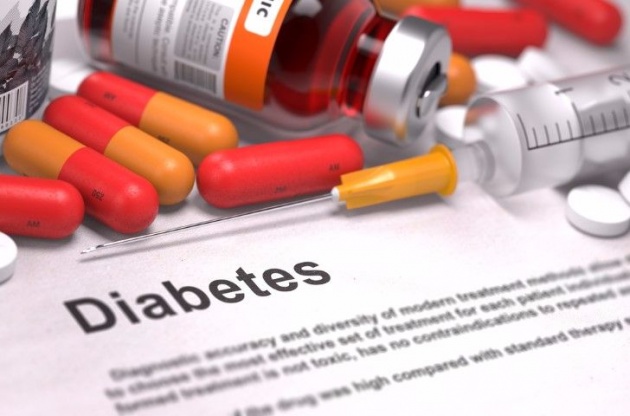 Diabetes is believed to be around since the ancient time.  It was one of the first disease described as far back as 1500 BC and it was believed to be part of Type 1 Diabetes.  The reason why Indian Physicians during that time classified the disease as “madhumeha” or “honey urine” is because they noticed that the urine of affected individual attracts ants.

From my reading, the term Diabetes was first used in 230 BCE.  Diabetes was considered rare during the time of the Roman Empire.  Which I believe it’s because of two things.  One is that perhaps only few people were able to develop the disease because of their diet and lifestyle.  During that time there were no food yet or a kind of lifestyle that could trigger the body’s sugar to rise up.  Second is perhaps there were indeed a number of cases of Diabetes during that time but left unknown or undiscovered due to lack of facilities that could gauge the body’s sugar level unlike the present times.

Anyhow, to continue with the history of Diabetes, I learned that in 400-500 CE Indian Physicians were able to identify Type 1 and Type 2 diabetes as separate conditions.  They associated Type 1 with youth and Type 2 with being overweight.  We will understand more about this as we go on reading.

Now with regards to treatment, effective treatment of Diabetes was only developed in the early part of the 20th century which is being unceasingly improved and made treatment easier up to this time.  This made the survival rate for diabetic patient’s increases as time goes by.  I personally know few of my friends who were affected with the disease long time ago and see them improving now as to their health condition. 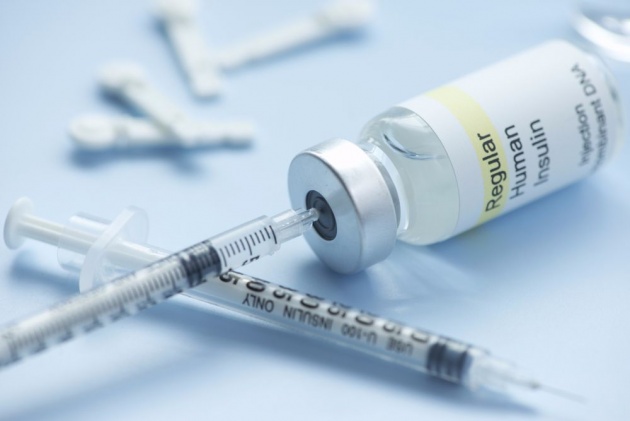 I find this video very useful in understanding Diabetes so don't miss to watch it!

Diabetes is a chronic, metabolic disease characterized by elevated levels of blood glucose (or blood sugar), which leads over time to serious damage to the heart, blood vessels, eyes, kidneys, and nerves. The most common is type 2 diabetes, usually in adults, which occurs when the body becomes resistant to insulin or doesn't make enough insulin. In the past three decades the prevalence of type 2 diabetes has risen dramatically in countries of all income levels. Type 1 diabetes, once known as juvenile diabetes or insulin-dependent diabetes, is a chronic condition in which the pancreas produces little or no insulin by itself. For people living with diabetes, access to affordable treatment, including insulin, is critical to their survival. There is a globally agreed target to halt the rise in diabetes and obesity by 2025. - WHO

As you can see I already laid down the definition of diabetes in the first part of this blog but for us to really understand diabetes more, we must first comprehend how glucose is normally processed.

Below is the explanation/process on how insulin works, insulin is a hormone that comes from a gland (pancreas) situated behind and below the stomach.

The pancreas secretes insulin into the bloodstream.

The insulin circulates, enabling sugar to enter your cells.

Insulin lowers the amount of sugar in your bloodstream.

As your blood sugar level drops, the secretion of insulin from your pancreas also drops. 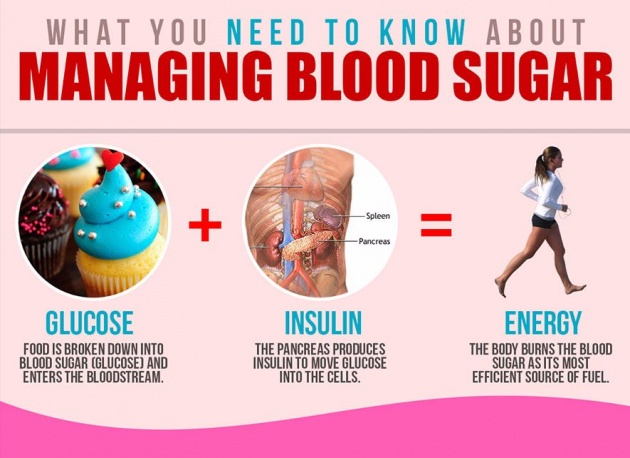 If you observe any of these you might as well see your doctor for a check-up.

Unlike other illnesses, causes of diabetes vary depending on the individual and the type.  When we say depending on the individual, causes may differ subject to your genetic makeup, family history, ethnicity, as well as health and environmental factors.  We should bear in mind that there is no common cause that fits to every type of diabetes.  That means causes are distinct with every type.

Just to give us an overview on the different causes of each type of diabetes let us check those enumerated causes below:

Type 1 – Causes of Type 1 include genetics and viral infection. What happen here is that the immune system which normally fights harmful bacteria or viruses to protect the body is destroying the cells in the pancreas that produces insulin, instead of being transported into your cells, sugar builds up in your bloodstream, and so the result would be shortage of insulin leaving the body unable to function normally. This is also called autoimmune reaction, meaning the body is actually attacking itself.

Aside from viral or bacterial infection and the underlying genetic disposition, chemical toxins found in food may cause Type 1 diabetes also.  That is why we should be very careful with the kind of food we eat or where those food came from.

As mentioned above, one of the risk factors of Type 1 Diabetes is family history.  That means you are likely to develop this disease if your parent or siblings has Type 1 diabetes. 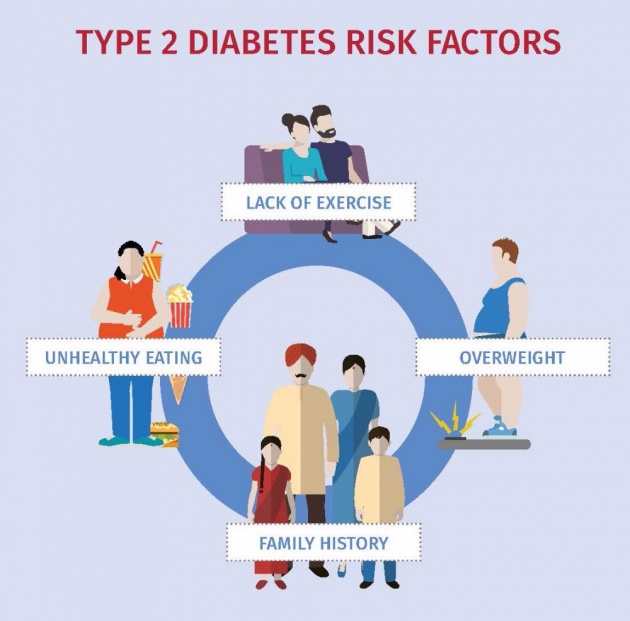 Type 2 – Causes include bad diet, obesity, living a sedentary lifestyle, increasing age and ethnicity.  In this type of diabetes, your cells become resistant to the action of insulin, while pancreas is unable to produce enough insulin to overcome the resistance so instead of moving into your cells sugar builds up in your bloodstream.  One important thing to know here is that although overweight is strongly linked to the development of Type 2 diabetes but it is certain that not everyone with type 2 diabetes is overweight.  So genetics and environmental factors plays a significant role in the development of type 2 diabetes.

There are actually lots of risk factors for Type 2 diabetes but I chose to share one important factor only.  I find it essential because human as we are we are destined to age and the risk of developing Type 2 diabetes increases as we get older so we should be extra careful.  We need to exercise more often or regularly so as not to gain weight and lose muscle mass. 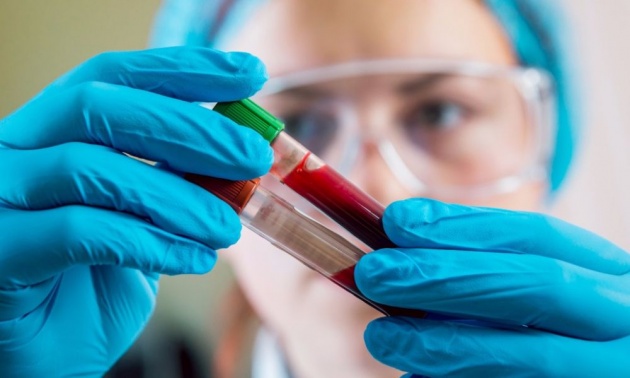 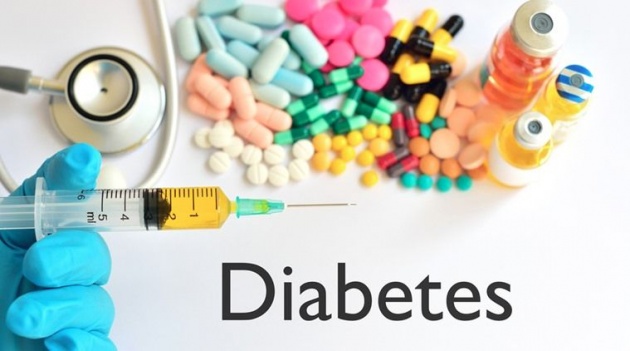 As to treatments ordinarily blood sugar monitoring is necessary as well as insulin and oral medications.  Aside from that, in order to achieve your desired result as to treatment and control of your blood sugar level you should eat a healthy diet, maintain a healthy weight by indulging into a regular exercise.

To end my blog, I will leave you these facts about diabetes published by World Health Organization:

There is an emerging global epidemic of diabetes that can be traced back to rapid increases in overweight, obesity and physical inactivity. - WHO/Chris de Bode

Total deaths from diabetes are projected to rise by more than 50% in the next 10 years. Most notably, they are projected to increase by over 80% in upper-middle income countries. - WHO/Chris de Bode

Type 1 diabetes is characterized by a lack of insulin production and type 2 diabetes results from the body's ineffective use of insulin. - IDF

Type 2 diabetes is much more common than type 1 diabetes, and accounts for around 90% of all diabetes worldwide. - WHO/Chris de Bode

Reports of type 2 diabetes in children - previously rare - have increased worldwide. In some countries, it accounts for almost half of newly diagnosed cases in children and adolescents. - WHO/Chris de Bode

A third type of diabetes is gestational diabetes. This type is characterized by hyperglycaemia, or raised blood sugar, which is first recognized during pregnancy. - WHO/Chris de Bode

In 2005, 1.1 million people died from diabetes. The full impact is much larger, because although people may live for years with diabetes, their cause of death is often recorded as heart diseases or kidney failure. - WHO/Chris de Bode

Lack of awareness about diabetes, combined with insufficient access to health services, can lead to complications such as blindness, amputation and kidney failure. - WHO/Chris de Bode

Diabetes can be prevented. Thirty minutes of moderate-intensity physical activity on most days and a healthy diet can drastically reduce the risk of developing type 2 diabetes. - WHO/Chris de Bode

1.5 Million deaths are attributed to diabetes each year - WHO

Fuctions of Monosaccharides in our Body

Monosaccharides are simple sugars; they cannot be broken down into other sugars. They are categorize…

a healthy diabetes balanced and healthy

The component of genuine Hoodia is an effective appetite suppressant. Therefore, Hoodia diet pills a…