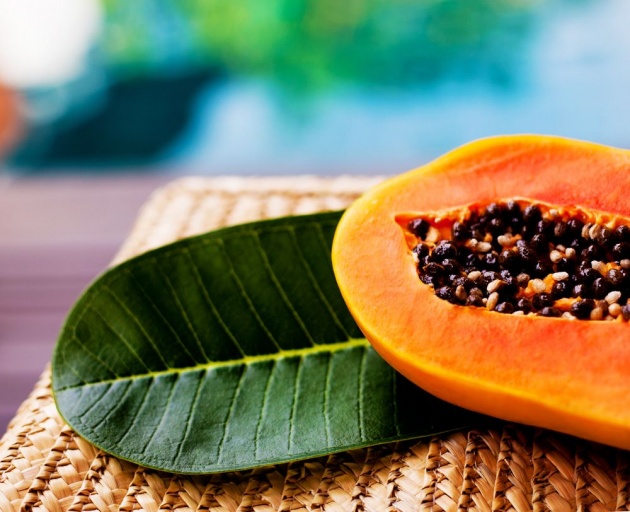 Starting from hair to toes in feet can get healthy by eating papaya which is known to supply power to entire body, there are not many who are not willing to fall in love with papayas once they get to know various advantages it offers for the body.

Each and every organ in our body can gain benefits from this fruit which is known to be sweeter in taste and softer than ever butter initially this fruit was only available only in tropical regions of Central America. However later this tree which is often termed as Tree of Life and worshipped for this aspect by Mayans has been introduced to various parts of the world, owing to its health benefits Christopher Columbus has given it the name of being fruit of angels.

There are several names given to Papaya which include Pawpaw, Papaw and Tree Melon in several areas where it is produced some of which are found to be Mexico, Puerto Rico and Hawaii in US. Like it is known that this fruit benefits every organ in the body each part of the tree like leaves, seeds and other parts of Papaya tree are known to be important for the body. Some of the nutrients which are packed in this fruit include calcium, iron, phosphorous, sodium, carbohydrates and several other important nutrients.

Some of the important benefits to the body from this fruit include:

Boost Heart Health:
Cholesterol levels in the body can be lessened with the dietary fiber present in Papaya, this fiber from Papaya is known to convert a substance named homocysteine that damages blood vessels resulting in heart attack into amino acids which help the body. Presence of antioxidants in papayas will help in prevention of cholesterol oxidization which will create a plaque that can obstruct artery walls finally resulting in heart attack.

Enhances Digestion:
Papayas are found to be helpful for those who have problems with digestion, which is due to the presence of two important enzymes papain and chymopapain in this fruit. As one keeps ageing it is found that the production of these digestive enzymes lessen which ultimately results in several health issues which include improper digestion of proteins that result in increased bacteria growth in gastrointestinal system. Pancreatic disorders or cystic fibrosis, chronic indigestion and bloating will also be resolved with papain, papaya seeds can also be used to cure from any problems like intestinal worms along with chronic constipation.

Treat Colon Cancer:
Cancer causing cells can be destroyed by Vitamin C, E and beta carotene which is commonly found antioxidants in papayas, this fruit also is great relief for those who are going through chemotherapy session since they are known to be best for problems like sore mouth, vomiting and nausea. Dietary fibers and antioxidants present in papaya are known to throw out the toxins which result in dangerous cancer therefore avoiding colon cancer. For better results it is suggested to take mix papaya juice with green bean juice and cucumber juice all in equal quantities that has to be taken after about 12 hours every day which will work as a cleaner for colon.

Lose Weight:
Papaya has lesser calories hence it makes it perfect for those who are going on diet at the same time it fills the body with all the necessary nutrients and lesser number of calories.

Controls Menstrual Flow:
Women who have menstrual problems can take this fruit to be a perfect solution which makes the flow get back to normal stage and relieving any pain or cramps experienced at this time usually. This fruit is also known to be used for prevention of pregnancy while this is also at times used for abortions.

Younger Skin:
Antioxidants present in papaya are the reason for the skin putting up a fight against premature ageing giving younger look to the skin. Papaya can be used as face pack which will prevent the pores from getting clogged and acne which is possible through papain which is said to work as skin exfoliator removing all the dead skin cells. Papaya or ointment which has papaya will work great for any wounds, burns and skin infections also this fruit is known to moisturize the scalp treating dandruff.

Boosts Male Virility:
Arginine enzyme in papaya is known to enhance male virility which will increase blood flow to the genital organs also known to help in treatment of erectile dysfunction.

Increases Immunity:
Immunity systems works even better due to the presence of Vitamin A and C which will add strength to the body helping in fight against common cold and cough.

Anti-inflammatory:
There are several anti-inflammatory enzymes which are known to relieve any pain from osteoporosis, edema and arthritis.
Irrespective of all its benefits this fruit only has to be eaten once every week to prevent any diseases like diabetes, cancer and Alzheimer’s though a ripe papaya is most chosen by people there are very few who know that it is unripe papaya which has more enzymes also the juice extracted from leaves and papaya tree stems is known to be perfect cure against cancer.

Hello Bitlanders! I hope that all of you would be fine. Today I thought of writing a blog on such a …

Papaya: The sweetest fruit ever!

The papaya I love eating papayas. In my opinion, is the sweetest fruit there is. I consume them all…