Micky announced very interesting and yummy topic for blogging which is “Gelato and our Survey Chat”. So for survey chat regarding Gelato,I participated in interesting topic named “Do you prefer Gelato or Ice Cream” on bitMiles. After my participation I found this chat very informative and picture of Gelato on the background of this survey makes it more attractive & develop the interest in participation in this survey more and more times.

More I appreciate bitLanders’ these kinds of survey chat which giving us interesting knowledge & also their asking for writing blog on the same topic of survey chat with double reward is really very appreciable as it is also help in increasing my knowledge when I search data related to the topic announced.

Before participating in this interesting survey chat, I didn’t know the difference between Gelato and Ice Cream. Actually Gelato and Ice Cream both are my favorite desserts, I mostly prefer Ice Cream and Gelato in sweets. But after reading information in survey related to Gelato that it is healthier than Ice Cream now I will prefer to have Gelato in my desserts in future. ^_^

History of Gelato based upon on different myths and a very little evidence to prove them. Some people say Egypt and Rome made it from snow and they also brought ice from mountaintops and preserved below ground. A fisherman Francesco Procopio dei Coltelli made first Gelato machine in 1686. However in 1930 first Gelato cart was developed in Varese (one of the city of Italy). Italy is the only country where the market share of Gelato versus industrial one is over fifty five percent. 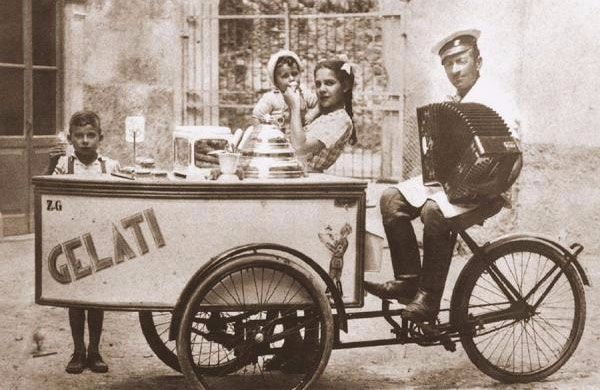 History of Ice Cream is messy one because no specific person or country has officially been claimed with inventing Ice Cream. But according to food historian the origins date back as far as 200 B.C., people of China invented the 1st Ice Cream machine. Ice Cream Machine had pots, then they filled these pots with a syrupy mixture contains rice and milk, which they then packed into a mixture of snow and salt.

Gelato is an Italian word for a delicious dessert. Due to its taste, it is gaining popularity entire the world. Like in 2014, American sales of Gelato hitting an estimated two hundred fourteen million dollar and still increasing.

Now the question is raising that, what is the difference between Ice Cream and Gelato or it is just a matter of higher price? In fact, Gelato is really quite distinct from Ice Cream, and after reading information regarding Gelato during survey chat developed my interest to do more research about Gelato and Ice Cream. 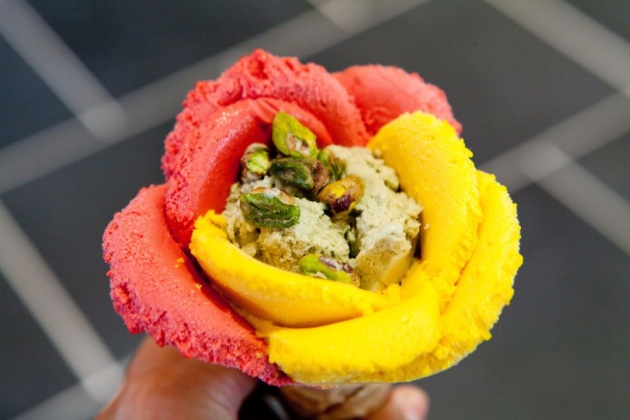 According to my research I found that both Gelato &Ice Cream made from milk, cream & sugar but in Gelato quantity of milk is used more than Ice Cream. In Gelato egg yolks doesn’t use & it contains only about four to nine percent butter fat. While egg yolks is a common ingredient in Ice Cream including fourteen and twenty five percent butterfat.

Difference of both also lies in manufacturing style. Gelato is made at a slower speed than Ice Cream. Through this less air (about 25 to 30 percent) is whipped into its mixture & it becomes creamy. Where Ice Cream mixture made on higher speed, through this it whipped about 50 percent air.When Ice Cream mixture got ready next is it stored in frozen temperature, on other hand Gelato is stored in less frozen temperature. After freezing both mixtures the difference is Gelato is not frozen completely as Ice. 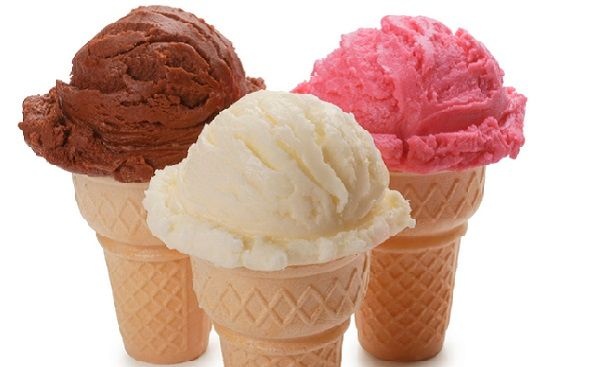 Gelato is healthier than Ice Cream because of more milk, less fat & sugar use in its manufacturing mixture. All these ingredients make it natural in taste.

On average, a 3.5-ounce serving of vanilla gelato contains 90 calories, 3 grams of fat and 10 grams of sugar. A typical 3.5-ounce serving of vanilla ice cream contains 125 calories, 7 grams of fat and 14 grams of sugar. The fat in frozen treats coats your taste buds, preventing them from completely experiencing the flavors. Because the lower fat content in gelato means your taste buds can experience flavors more intensely, gelato does not need as much added sugar as ice cream to produce the same sweet flavor.More Gelato is denser than Ice Cream due to its lower air content, which means a scoop of gelato would weigh more than the same size scoop of ice cream.[1] 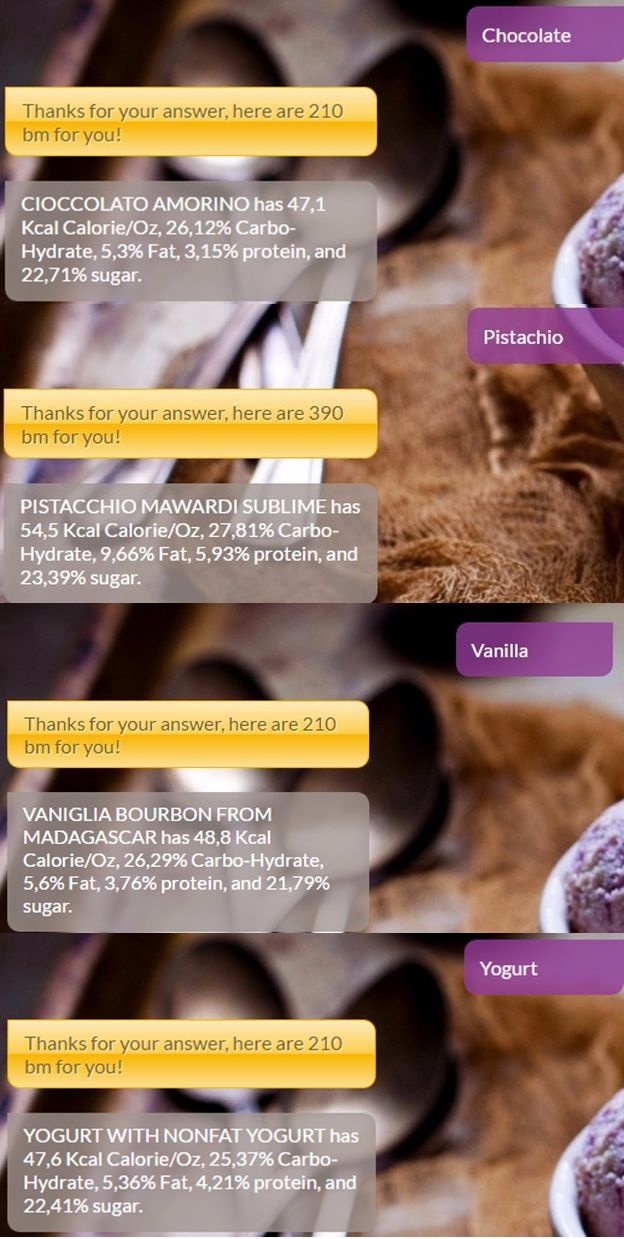 My Preference in Gelato Vs Ice Cream:

Before participation in the survey chat regarding Ice Cream & Gelato I was un-aware of the real benefits of Gelato over Ice Cream and I just preferred gelato to eat because of its variety of flavors and real in taste. Like at my 1st time when I ate strawberry flavor of Gelato I found small seeds of strawberry in it with a very strong real flavor of strawberry fruit. 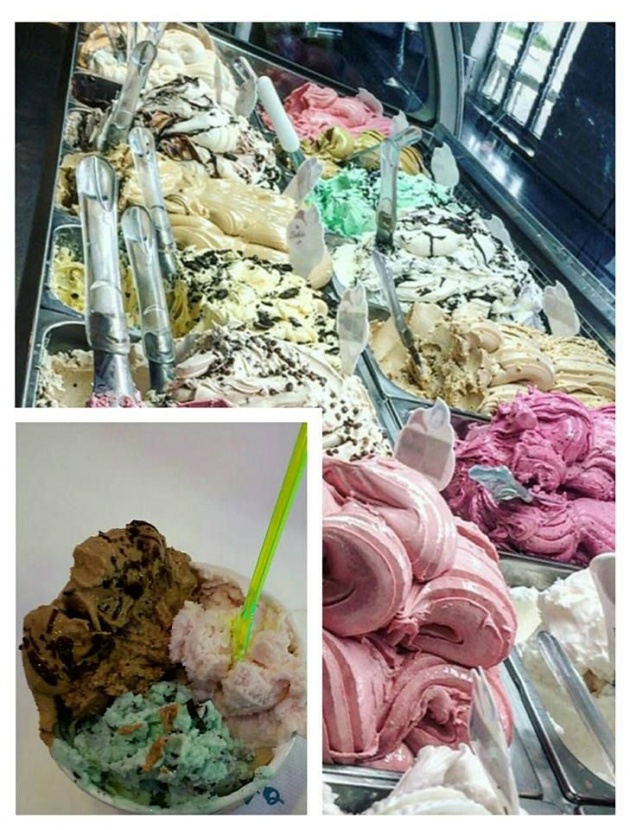 Source: My own Picture at "Manolo Gelato"

Now after participating in Survey Chat I got to know that Gelato is healthy than Ice Cream and more after announcement of the blog about Gelato I did research about it and got aware about real benefits of Gelato over Ice Cream.

Now I got to know that Gelato is strong in flavor and more delicious as compared to Ice Cream. For making its more delicious crush nuts and fruits are added in Gelato. So you can feel better real taste than Ice Cream.

My favorite brand of Gelato is “Manolo Gelato”. Basically Manolo Gelato, is “Scandinavian brand”. Now its franchise has been opened in Islamabad capital of Pakistan. Usually, I plan to visit Manolo Gelato to with friends and family because of its good taste and wide range of flavors. Now bitLandars made me aware that Gelato is good to health, so I will add health in one of the reasons of my frequent visit to “Manolo Gelato”.

Reason why “Manolo Gelato” is my favorite brand for having Gelato:

Manolo Gelato ensures that it is homemade so it is fresh for you. They said, Gelato ice cream is also known for the very low body fat, so it's okay to take a portion extra. Manolo Gelato takes care of everything….. [2]

I have visited so many parlors of ice cream Frozen Yogurt but I found Gelato is best ever dessert if you can have. More Manolo Gelato is best in making every flavor. As I have tasted and enjoyed almost every flavor of “Manolo Gelato”, but my favorite flavors are strawberry, mango, pistachio, orange and vanilla. During eating pistachio Gelato I found crush pistachio in it which make it more tasty and delicious. Same as eating strawberry Gelato I found strawberry seeds in it which make it more pure.

More I experienced that they

·         use natural ingredients to make pure taste of all flavors

Latest Survey Chat “Do you prefer Gelato or Ice Cream”:

Latest survey chat on bitMiles about topic “Do you prefer Gelato or Ice Cream” there during survey chat I found so many interesting information regarding Gelato. This time I found much reward in bitmiles loyalty point by giving answer of every question of survey. There was also a link of a Gelato company was shared with a name of Amorino.

When I opened the link “ www.amorino.com ”, website of “Amorino Gelato al Naturale” was opened. When I visited this site I have come to know about "Amorino Gelato al Naturale" is French Gelato based company. In 2002 the company was established by two childhood friends named Cristiano Sereni and Paolo Benassi. Now it has been expanded internationally with locations in North America, Africa, Europe and Asia.

The main objective of both friends were to introduce not only the high quality of Gelato but also natural in taste, no artificial flavors and colors with beautiful atmosphere. Their trained chefs try their best to meet the requirements of customers because they can enjoy their favorite flavors of Gelato. According to Cristiano Sereni and Paolo Benassi Amorino’s fundamental principles is through usage of fresh organic eggs and good quality of milk they want to satisfy their customers, because they found and enjoy the real and delicious taste of Gelato. 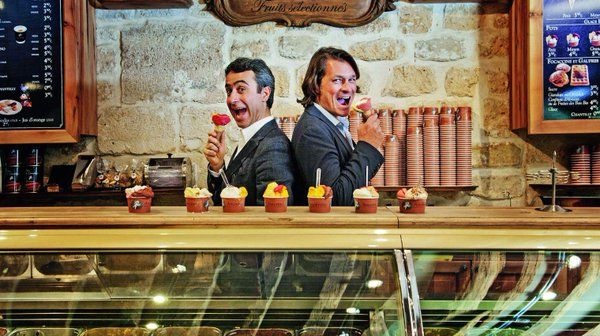 On their website through global map you can also search different countries’ nearest locations, through which you can find the nearest store of “Amorino Gelato al Naturale”.

One more thing which I noticed on this website, you can also select your favorite flavor among the huge range of different flavors by clicking the menu “My Favorite Gelato” on upper right side. You can see and select different size of cones and cups of Gelatos like small, classic, big and giant.

Thanks for sparing time in reading My 20th attempt for my virtual home "Bit Landers".... Stay Connected for more articles.. :)