It was wednesday evening when I went to church to Bible study. I sat on the bench, waiting and it took just a few minutes before it started. Prior to that, as usual there was singing, then we prayed.

The Bible study was about one of the hero in the Bible which I never had heard before. That person named Jephthah. Actually his family background is not good. He was a child of an harlot. But nevertheless, he was choosen to be the captain of the army of Gilead eventhough the Gileadites  took all his inheritance away and chased him out of the country.

Looking all the things that his brothers, family and relatives has had done, Jephthah has all the rights to say no in helping his relatives. This would be the best time for him to take things for granted when they were helpless after all they had ill-treated him just because he was a son of an harlot. This also would be the best time to revenge for they took away his inheritance. Jephthah experienced all these injustices from his own family and relatives. But one day, he is the only one who could help his family. His family was desperately needed his help to fight against their enemy. The family came to him and humbled down themselves, begging for forgiveness to all that they had done to him.

If you were Jephthah, what would your reactions be? Do you know what his response was? He welcomed them and forgiven them immediately and cameback to Gilead and helped them. He came to the Lord, praying to God to help him win the battle against the Ammon and promised that if God would help him win the battle he would offer the first one who will meet him when he comes home.

God has helped him won the battle, and on the way home, Jephtha`s only begotten son came running to meet him. That means that he has to offer his son to fulfill what he has promised to God. Jephthah`s faithfullness was tested in a great price, nonetheless he remained faithfull and the Word of God always with him. So he became judge of the people of Israel until he died.

His life is a good example when you are tempted not to forgive or keeping grudge to someone did bad things that you thought is unforgivable or unforgettable, then think again. 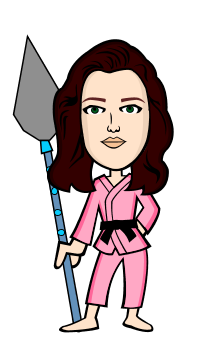 A year ago, our church was put in a challenging situation. We were renting a place in the city for m…

It was wednesday evening when I went to church to Bible study. I sat on the bench, waiting and it to…

I was looking into something that makes my time online a fruitful one. I bumped in here and sign in.…