The decision has finally been announced today 07th July, 2014 as Independent Elections Commission of Afghanistan had delayed the results last Monday amid fraud accusations, however, IEC announced it a week later today. 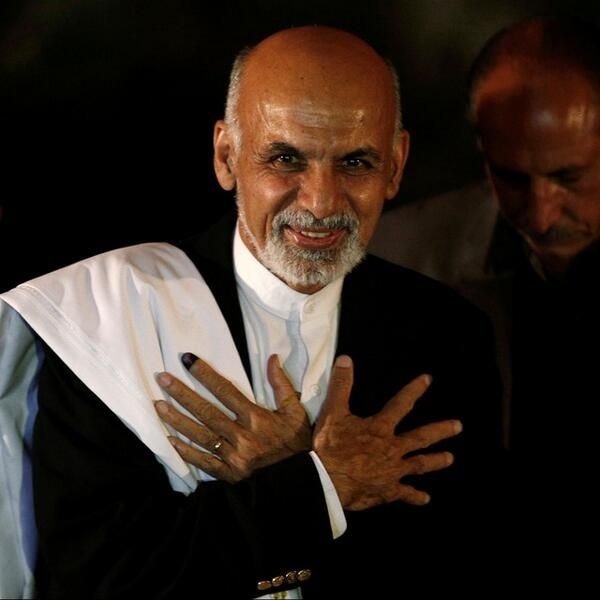 Dr Ashraf Ghani after casting his votes for Presidential Candidate in 2nd round, 14th June

This was the second phase of the elections 2014; the first phase included 11 presidential candidates, after the results were announced, there were two triumphant candidates, both of which showed their interest for another round. Dr Abdullah Abdullah was the front runner followed by Dr Ashraf Ghani. Today, however, the elections preliminary decision was declared, announcing Dr Ashraf Ghani the prime winner leading with 56.44% with 4,485,888 votes ultimately giving a colossal defeat to Dr Abdullah Abdullah and supporters.

The results are as following. 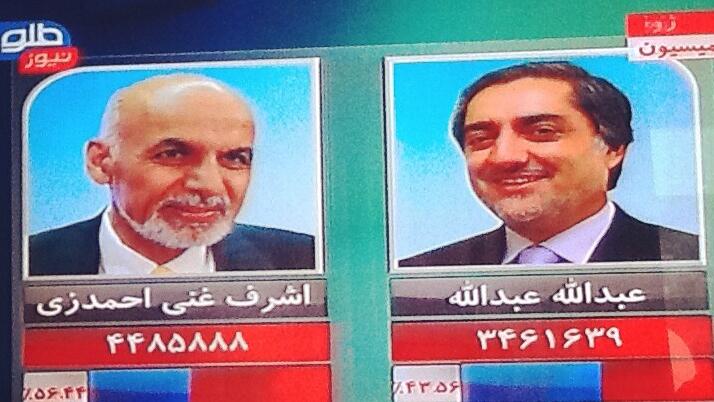 The votes announced in Dari Languages via Tolo News

Afghans are more than active today in social media networks, Twitter particularly in this regard has played a germane role connecting all Afghans across the world together on a single platform with the hash tags mark "#".

Some of the tweets shared in Twitter are as following.

Supporters of @ashrafghani celebrating of their team victory in #Peshawar #Pakistan after preliminary result announcement. #AfghanElections