Bitcoin is a cryptocurrency, a form of money that uses cryptography to control its creation and management, rather than relying on central authorities.[1] However, not all of the technologies and concepts that make up bitcoin are new; the presumed pseudonymous Satoshi Nakamoto (the creator of bitcoin, see below) integrated many existing ideas from thecypherpunk community when creating bitcoin.

Prior to the release of bitcoin there were a number of digital cash technologies starting with the issuer based ecash protocols of David Chaum [2] and Stefan Brands.Adam Back developed hashcash, a proof-of-work scheme for spam control. The first proposals for distributed digital scarcity based cryptocurrencies were Wei Dai's b-money and Nick Szabo's bit gold. Hal Finney developed RPOW. Bit gold, b-money and RPOW all used hashcash as their proof-of-work algorithm.

Independently and at around the same time, Wei Dai proposed b-money[3] and Nick Szabo proposed bit gold.[4][5] Subsequently, Hal Finney implemented and deployed RPOW a reusable form of hashcash based on IBM secure TPM hardware and remote attestation (centralized but with no issuer inflation risk).

In the bit gold proposal which proposed a collectible market based mechanism for inflation control, Nick Szabo also investigated some additional enabling aspects including a Byzantine fault-tolerant asset registry to store and transfer the chained proof-of-work solutions.[5]

There has been much speculation as to the identity of Satoshi Nakamoto with suspects including Wei Dai, Hal Finney and accompanying denials.[6][7] The possibility that Satoshi Nakamoto was a computer collective in the European financial sector has also been bruited.[8]

In November 2008, a paper was posted on the internet under the name Satoshi Nakamoto titled bitcoin: A Peer-to-Peer Electronic Cash System. This paper detailed methods of using a peer-to-peer network to generate what was described as "a system for electronic transactions without relying on trust".[9][10][11][12] In January 2009, the bitcoin network came into existence with the release of the first open source bitcoin client and the issuance of the first bitcoins,[10][13][14][15] with Satoshi Nakamoto mining the first block of bitcoins ever (known as the "genesis block"), which had a reward of 50 bitcoins. The value of the first bitcoin transactions were negotiated by individuals on the bitcointalk forums with one notable transaction of 10,000 BTC used to indirectly purchase two pizzas delivered by Papa John’s.[10]

On 6 August 2010, a major vulnerability in the bitcoin protocol was spotted. Transactions weren't properly verified before they were included in the transaction log or "block chain" which let users bypass bitcoin's economic restrictions and create an indefinite number of bitcoins.[16][17] On 15 August, the vulnerability was exploited; over 184 billion bitcoins were generated in a transaction, and sent to two addresses on the network. Within hours, the transaction was spotted and erased from the transaction log after the bug was fixed and the network forked to an updated version of the bitcoin protocol.[18][19] This was the only major security flaw found and exploited in bitcoin's history.[16][17]

Wikileaks[20] and other organizations began to accept bitcoins for donations. The Electronic Frontier Foundation began, and then temporarily suspended, bitcoin acceptance, citing concerns about a lack of legal precedent about new currency systems, saying that they "generally don't endorse any type of product or service."[21] The EFF's decision was changed in 17 May 2013.[22]

On 22 March 2011 WeUseCoins published the first viral video [23] which has had over 6.4 million views. On 23 December 2011, Douglas Feigelson of BitBills filed a patent application for "Creating And Using Digital Currency" with the United States Patent and Trademark Office, an action which was contested based on prior art in June 2013.[24][25]

In January 2012, bitcoin was featured as the main subject within a fictionalized trial on the CBS legal drama The Good Wife in the third season episode "Bitcoin for Dummies". The host of CNBC's Mad Money, Jim Cramer, played himself in a courtroom scene where he testifies that he doesn't consider bitcoin a true currency, saying "There's no central bank to regulate it; it's digital and functions completely peer to peer".[26]

In October 2012, BitPay reported having over 1,000 merchants accepting bitcoin under its payment processing service.[27]

In February 2013 the bitcoin-based payment processor Coinbase reported selling US$1 million worth of bitcoins in a single month at over $22 per bitcoin.[28] TheInternet Archive announced that it was ready to accept donations as bitcoins and that it intends to give employees the option to receive portions of their salaries in bitcoin currency.[29]

In March the bitcoin transaction log or "block chain" temporarily forked into two independent logs with differing rules on how transactions could be accepted. The Mt. Gox exchange briefly halted bitcoin deposits and the exchange rate briefly dipped by 23% to $37 as the event occurred[30][31] before recovering to previous level of approximately $48 in the following hours.[32] In the US, the Financial Crimes Enforcement Network (FinCEN) established regulatory guidelines for "decentralized virtual currencies" such as bitcoin, classifying American "bitcoin miners" who sell their generated bitcoins as Money Service Businesses (or MSBs), that may be subject to registration and other legal obligations.[33][34][35]

In April, payment processors BitInstant and Mt. Gox experienced processing delays due to insufficient capacity[36] resulting in the bitcoin exchange rate dropping from $266 to $76 before returning to $160 within six hours.[37]

Bitcoin gained greater recognition when services such as OkCupid and Foodler began accepting it for payment.[38]

On 15 May 2013, the US authorities seized accounts associated with Mt. Gox after discovering that it had not registered as a money transmitter with FinCEN in the US.[39][40]

On 23 June 2013, it was reported that the US Drug Enforcement Administration listed 11.02 bitcoins as a seized asset in a United States Department of Justiceseizure notice pursuant to 21 U.S.C. § 881.[41] It is the first time a government agency has claimed to have seized bitcoin.[42][43]

In July 2013 a project began in Kenya linking bitcoin with M-Pesa, a popular mobile payments system, in an experiment designed to spur innovative payments in Africa.[44] During the same month the Foreign Exchange Administration and Policy Department in Thailand stated that bitcoin lacks any legal framework and would therefore be illegal, which effectively banned trading on bitcoin exchanges in the country.[45][46] According to Vitalik Buterin, a writer for Bitcoin Magazine, "bitcoin's fate in Thailand may give the electronic currency more credibility in some circles", but he was concerned it didn't bode well for bitcoin in China.[47]

On 6 August 2013, Federal Judge Amos Mazzant of the Eastern District of Texas of the Fifth Circuit ruled that bitcoins are "a currency or a form of money" (specifically securities as defined by Federal Securities Laws), and as such were subject to the court's jurisdiction,[48][49] and Germany's Finance Ministry subsumed bitcoins under the term "unit of account"—a financial instrument—though not as e-money or a functional currency, a classification nonetheless having legal and tax implications.[50]

Two companies, Robocoin and Bitcoiniacs launched the world's first bitcoin ATM on 29 October 2013 in Vancouver, BC, Canada, allowing clients to sell or purchase bitcoin currency at a downtown coffee shop.[54][55][56]

In November 2013, the University of Nicosia announced that it would be accepting bitcoin as payment for tuition fees, with the university's chief financial officer calling it the "gold of tomorrow".[57] In December Overstock.com[58] announced plans to accept bitcoin in the second half of 2014. In January 2014, Zynga[59]announced it was testing bitcoin for purchasing in-game assets in seven of its games. That same month, The D Las Vegas Casino Hotel and Golden Gate Hotel & Casino properties in downtown Las Vegas announced they would also begin accepting bitcoin, according to an article by USA Today. The article also stated the currency would be accepted in five locations, including the front desk and certain restaurants.[60]

In September 2014 TeraExchange, LLC, received approval from the U.S.Commodity Futures Trading Commission "CFTC" to begin listing an over-the-counter swap product based on the price of a bitcoin. The CFTC swap product approval marks the first time a U.S. regulatory agency approved a bitcoin financial product.[61]

Among the factors which may have contributed to this rise were the European sovereign-debt crisis—particularly the 2012–2013 Cypriot financial crisis—statements by FinCEN improving the currency's legal standing and rising media and Internet interest.[62][63][64][65] The current all-time high was set on 17 November 2013 at US$1216.73 on the Mt. Gox exchange.[66] 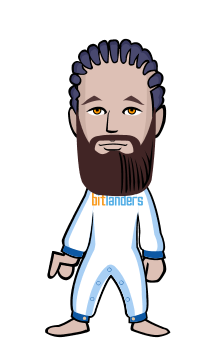 If you think that 1 BTC can reach at heighest value 10k US Dollar in year 2020, than you are thinkin…

The longest running bitcoin faucet! WIN UP TO $200 IN FREE BITCOINS MULTIPLY YOUR BITCOINS PLAYING H…