Homelessness in Pakistan and Canada 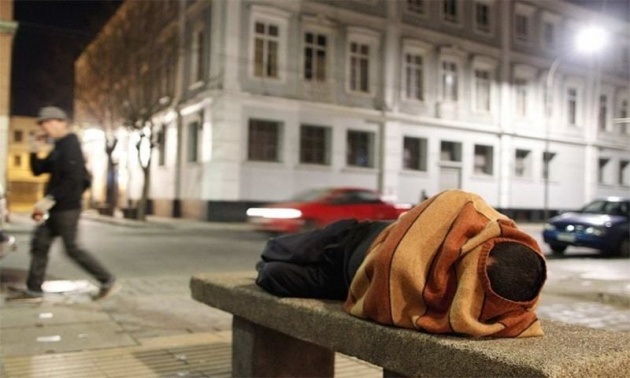 It is hard to believe, but it's true. Despite all its riches, homelessness is very much a problem even in Canada.

With over $50,000 in per capita GDP, Canada is one of the richest economies. Still, on any given night, 35,000 Canadians are homeless.

Over 235,000 experience homelessness in a given year. While 180,000 are able to find space in emergency shelters, still 5,000 Canadians remain unsheltered.

Many readers in Pakistan may find these stats absurd. Their perception of the glittering West, reinforced by the electronic media, is challenged by the economic hardship and mental health challenges that manifest in homelessness.

Regardless of how rich or poor a nation may be, homelessness remains a challenge.

For low-income countries like Pakistan, a very large segment of the population is either homeless or housed in inadequate housing.

At the same time, a very large number of those who are sheltered in structurally sound housing units face overcrowding where multigenerational households are cramped into small spaces.

The initiatives to address homelessness offer several benefits. In addition to providing shelter to those who cannot afford it such investments generate economic activities and employment, spur consumer spending, and offer savings in healthcare costs. These benefits hold for both developed and developing countries.

In a study released earlier this week, the Canadian Centre for Economic Analysis (CanCEA) analysed the system-wide impacts of investments in affordable housing in Toronto.

Their findings confirmed that the overall benefits of social housing far exceeded the direct benefits of housing those in need of shelter.

Toronto is Canada's largest city with a population of 2.8 million. The City boasts the second highest average housing prices in Canada.

Regrettably, the steady rise in housing prices over the years has outpaced the increase in wages and incomes. The result is the shortfall of affordable housing in Toronto.

The Toronto Community Housing Corporation (TCHC), the agency responsible for managing social housing, is in the process of constructing new affordable units and refurbishing the existing ones.

The total investment required over the 10-year period is $7.6 billion. The TCHC is trying to convince the provincial and the federal governments of the benefits of providing social housing so that they may provide the remaining $1.7 billion.

The investment will also contribute $18.5 billion to the economy. In addition, the investments will generate $4.5 billion in provincial and federal taxes.

If the economic benefits of the investment in affordable housing are not enough, one can look at the social and health-related benefits.

CanCEA estimated that these investments are likely to maintain affordable housing in a state of good repair. The obvious benefit of hygienic living conditions is the lesser incidence of disease.

The Centre estimated 2.1 million fewer visits to hospital and clinics, further saving the healthcare system approximately $3.8 billion in healthcare costs. Additionally, the investments in housing will reduce the incidence of crime by 15 per cent.

The nature of homelessness is explicitly obvious in developing countries.

The very poor and the destitute lack access even to shelters. Their numbers are in millions and they are found sleeping on sidewalks, medians, under the bridges and in similar hideouts.

Larger groups settle as squatters and create slums in cities. Those with some resources or connections end up at shelters run by the not-for-profit sector. While the rest end up in inadequate housing.

Investing in affordable housing can revitalise the economies in developing countries. The investments in motorways disproportionately benefit the well-off cohorts by providing inter-city travel time savings.

On the other hand, investments in affordable housing will provide shelter to the housing insecure, whose health and welfare deteriorates because of inadequate housing.

The Changa Pani Project in Punjab serves as a great example of healthcare costs savings resulting from the improved quality of water supply.

The result is improved water quality that drastically reduces healthcare expenses caused by water-borne diseases. Investments in affordable housing will deliver similar benefits but at a much larger scale.

Cities without slums, and slums without cities

Some have argued for cities without slums.

Take a look: Here's how to house the poor in Pakistan...

Governments in Pakistan may want to review the socio-economic benefits of providing affordable housing that far exceed the direct benefit of sheltering those in need.

The public sector can act as a facilitator, rather than the owner or producer of affordable units. By facilitating the construction of urgently needed millions of housing units, the government can inadvertently fire up the economic engine.

It must think outside the Metro box.