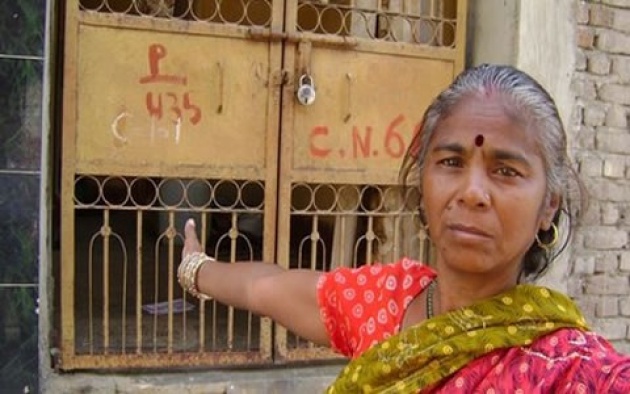 Some people kill for greed. Some people do it for power. Some kill because triggered by uncontrollable passion. Others do it just to get a paycheck. Then there are people who murder relatives to re-establish order and reputation in their family. Sons - more often daughters - do something that is not culturally accepted by their parents, and because of that they pay the ultimate price. These are the victims of "honor killings".

Sometimes it's not just the parents who commit these horrible crimes. Sometimes the whole family takes action in their own hands. And the community often remains silent in front of such barbaric events. For a daughter, dressing in a way considered too modern, hanging out with male friends, or wanting to terminate a marriage pre-arranged by her parents could all bring "dishonor" upon the family, and trigger enough anger to motivate the parents to stop her anyway they can. The ultimate act of defiance is when their daughter decides to date a man they didn't "choose", a decision that would be considered such an insult that a severe punishment would have to be inflicted at all costs.

In India, the government has passed laws that prohibit and punish honor killings, but it's often difficult to obtain justice in areas far from central control. In this country there's an additional problem: the caste system and the relationship between the different castes. It's highly forbidden to date a person from another caste, especially from a lower caste. This brings unbearable shame to the family, and honor killing is seen as "necessary" in order to bring honor back and save reputation. But we don't need to go to remote areas to see episodes like these happening. A few days ago "five members of a family in the Indian capital, Delhi, were convicted for the brutal murder of a young couple in 2010 and sentenced to death". Most parents in India still prefer arranged marriages within their own caste and relationships outside of caste are disapproved. The couple - Yogesh and Asha - met as neighbors. Asha's family didn't want them to get married because Yogesh was from a caste of lower level. They were taken by Asha's parents to her uncle's house, where they were tortured, electrocuted, and murdered. There are no statistics on the number of honor killings across India, but according to one recent study, "hundreds of people are killed each year for falling in love or marrying against their families' wishes". Although I’m against death penalty, this time justice was done, but how many more kids lose their lives every year because of this culturally accepted murders? How many more young adults will be killed in the years to come with the tacit consent of the local authorities? How long will it take before this phenomenon can be eradicated? In 2000, it was estimated by the United Nations that every year approximately 5,000 women worldwide fall victims of "honor killings", though experts believe that most cases remain undocumented.

Honor killings happen in many countries in the world. In Afghanistan a few weeks ago "an Afghan woman accused of adultery was shot dead in public near Kabul". She was merciless executed in front of a crowd of people chanting for her death. She was never given the chance to explain her point of view. In this country, when a man gets tired of a woman and wants to get rid of her, all he needs to do is to accuse her of adultery, a phenomenon rooted in the Afghan culture. I guess many strategies can help defeating these traditions, but I think the real battle should be fought in schools. The Afghan education system must work to increase awareness in the young Afghan population, so that children can grow free and willing to fight for civil rights. Only education can beat the ignorance of obtuse and unjust traditions.