Hi, bitsters! I do hope everyone's doing well today! I have blogged about how a local dessert from the Visayas can be made, I am referring to the Buko Lamaw. In that blog content, I mentioned how we as Filipinos or perhaps the rest of the world considers the Coconut Palm as the Tree of Life. 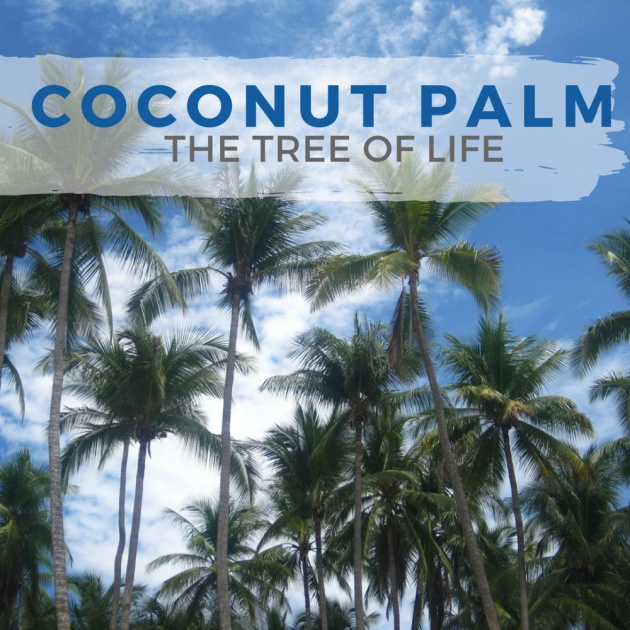 Growing up as a child, going to school and meeting classmates and teachers, our noble classroom teachers had been providing us information about the coconut as a very useful tree. They taught us about the uses of each part and even let us create reaction papers about it.

So, it is just timely that I should share what I personally learned and how I also believe that the Coconut deserves to be considered as such. As a disclaimer, I would like to advise that the uses which I am mentioning further below are based on what I have known and have personally used in my entire lifetime. There are still more on the list though but for me, these are the most significant ones.

But first, What is Coconut Tree? 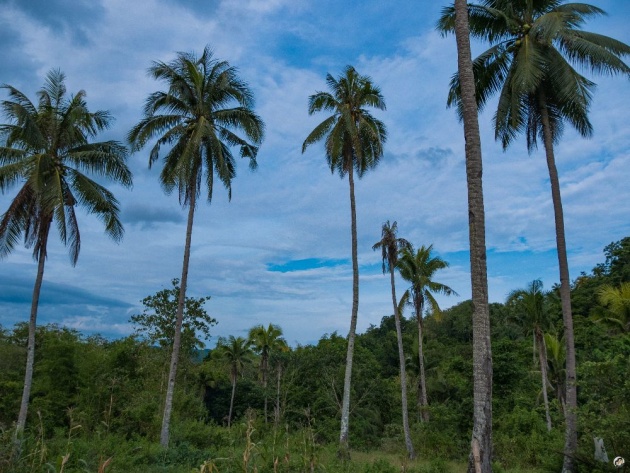 Whenever James and I go traveling to beaches in every single part of our country's destinations, Coconut trees are evident. Well, let me take that back, these trees are not just available on the beach shores but also in the mountains and even the valleys. Cities would even have some of them. Obviously, this is very abundant in the Philippines.

A Coconut Palm was said to be named after the Spaniards saw the three dark patches at the coconut fruit's shell. This reminded them of a goblin which is literally “Coco” in Portuguese and Spanish.

The tree is characterized by a long trunk which can grow to 100 feet tall, its top comprises of downward curving leaves, huge ones which covers its fruits. The fruits are clustered into several ones, each is referred as a “drupe,” this means fruits which has a single hard enclosing a seed. The fruit of a Coconut Palm when still young is colored green, it develops liquid inside but grows a thin layer of meat or flesh as it grows with the tree.

The younger the fruit, the sweeter the water or liquid inside it. This was what we aim for when making the Buko Lamaw dessert.

Top Uses of the Coconut Palm

Again, the list below is based on my personal opinion. These are the items which I am most aware of, that of which I have personal experience with the tree and which I have grown to know from information on books, web and even the power of the mouth.

From its leaves to the roots, there are several uses of the parts of the tree. In fact, it has been said that there are more uses of a coconut tree than there are days in a year. That's more than 365 and more are still going to be added as the days go by. So it is just right for me to mention the uses from the top to the bottom. 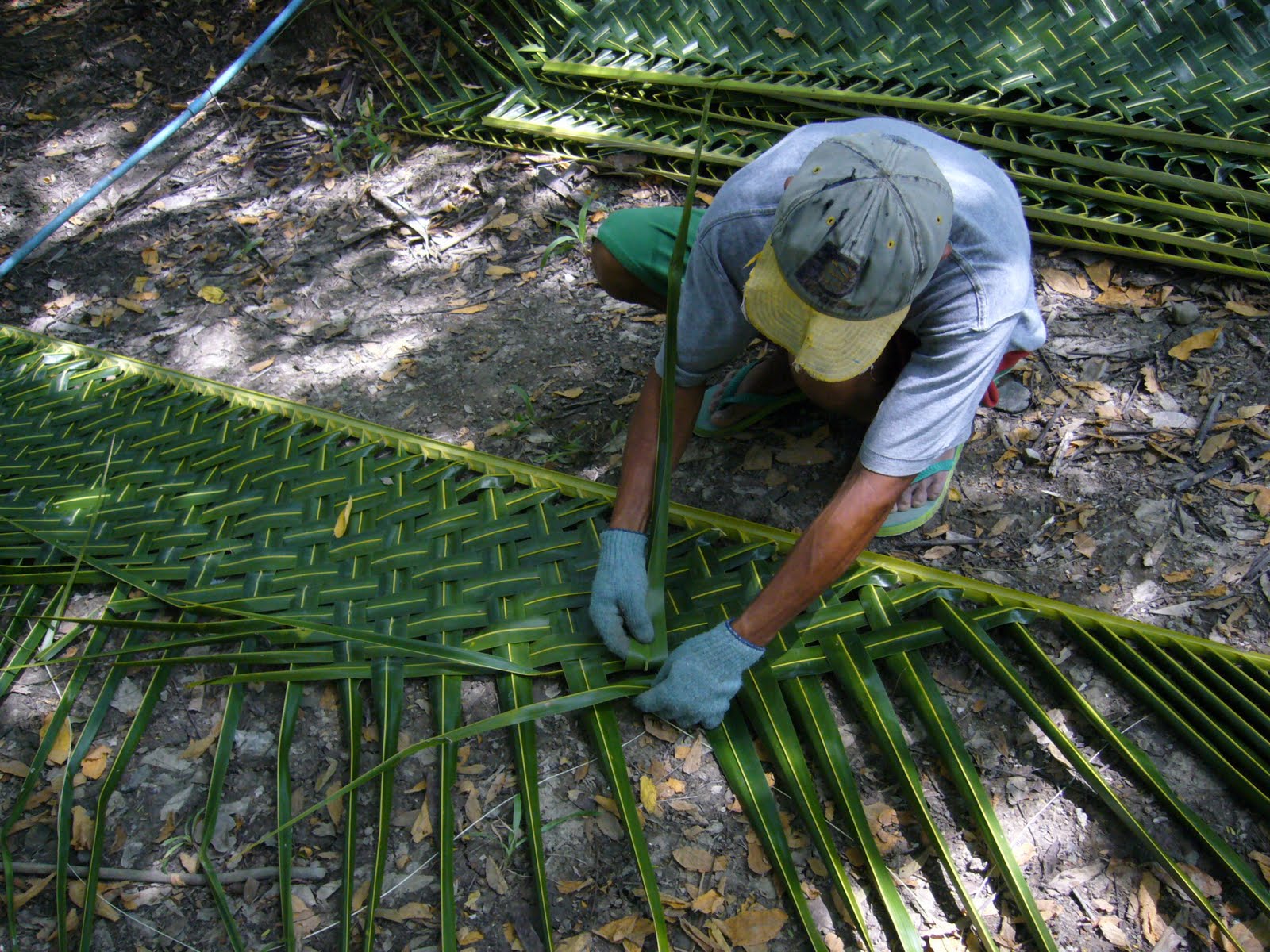 Young coconut leaves are green in color. In our town way back when I was little, most of the fishermen would cut an entire frond, weave the leaves in such a way that it can be used as roofs of their makeshift houses along the shore to protect them from the heat of the sun. It can also be weaved to become containers and even chicken nests!

The very young leaves which are still soft are used to make the containers of the hanging rice in Cebu and other parts of the Visayas. The midrib of each leaflet can be extracted and used to make broomsticks and are also locally used as toothpicks!

When the leaves mature, dry and turn brown, they separate themselves from the tree and drop into the ground, they can be used as firewood. Our friends from the mountainside would also use it as domestic fire to lighten households and even when walking in the middle of the night during those times when there was no electricity yet or flashlights.

"Tuba" is a very popular type of liquor in the Visayas. I assume there's an equivalent name of that in the North but I can only speak for the Bisayans. This "Tuba" or coconut wine is taken from the young flower band which has been cut and its sap being contained. When harvested fresh, the sap is sweet but it becomes sour as it gets stored. Some would even store it for months or even years which make it into hard liquor referred to as "Bahalina".

But most importantly, the sap juice is what is the base of coconut vinegar. There's a specific process of filtering it and adding a red colored substance which makes it red. 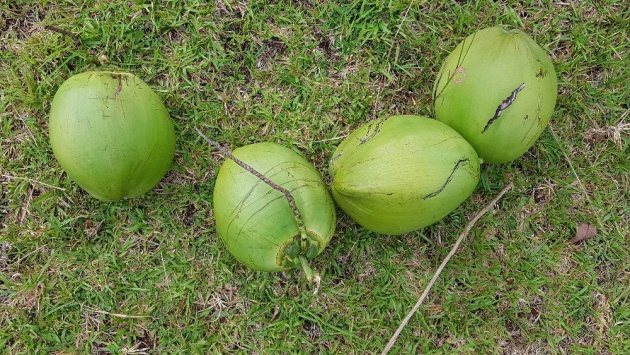 My most favorite part of the Coconut Tree is, of course, the fruit! There are tons of uses from the water to the meat to the shell, the husk and even that those twigs growing in its crown.

The juice or the liquid of course from the enclosed fruit is a good source of minerals, they can be used to treat stomach issues and even dehydration. Since it is secured inside the fruit, it can be drunk immediately after opening the fruit. This is also the main ingredient for making "Buko Lamaw" together with the young meat.

When a mature fruit is also harvested, most farmers would scrape the meat out, sundry it to become "copra" which is where the coconut oil is extracted. Coconut milk and oil has been incorporated into different products such as shampoo, soap, vitamins even in cooking oil!

Its fruit shell when hardens and dried, it can be cleaned, shaved and can be used as native decorations such as animal shapes, souvenirs, and buttons. There's limitless use of this material that every month or year, there are new innovations with it.

The husk, of course, can't just go to the trash bin, a dry husk is used to smoothen the floor. Most of those who are studying in public schools are taught to polish the floor using this coconut husk. 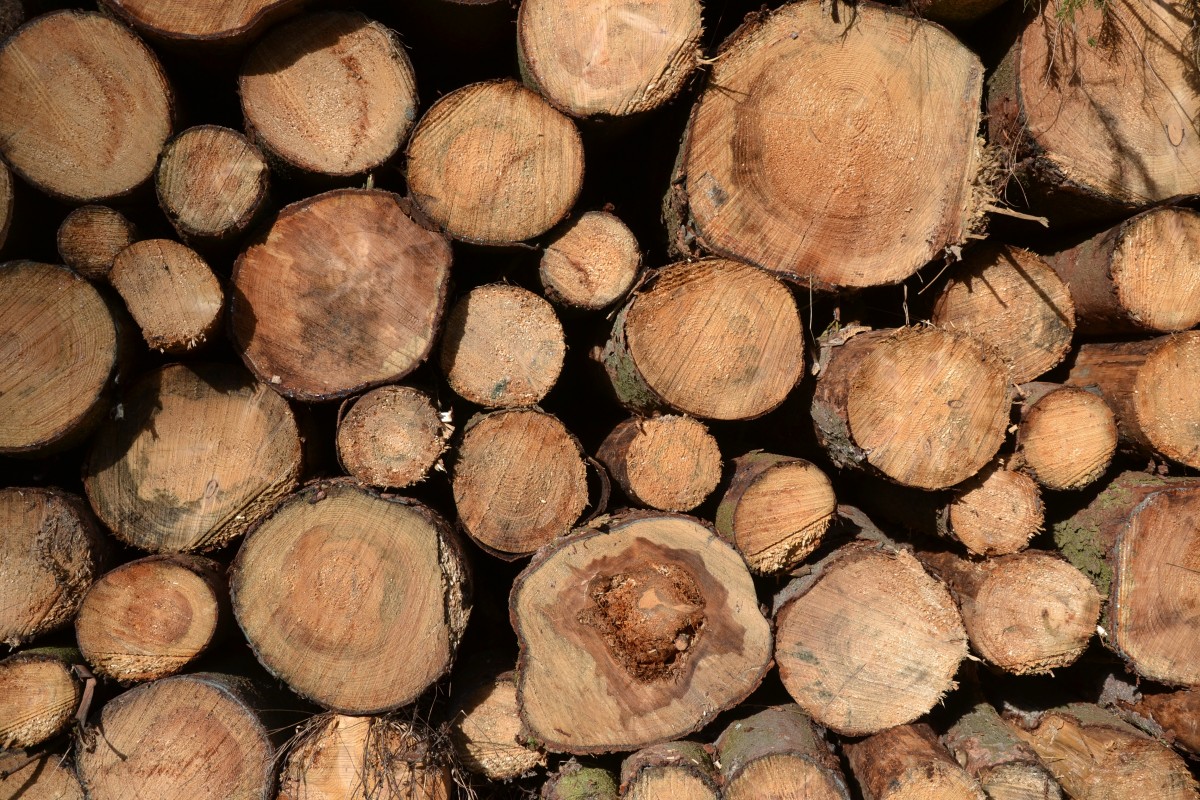 Most of the houses in the Philippines have been constructed with the use of the Coconut tree trunks. It is indeed efficient in building materials such as posts and beams. Those who had grown lots of Coconut trees would even harvest them when they mature and reach a certain height.

A Coconut tree matures in six to ten years which is not that long. Sawing the tree is the best way to create the coconut beams, the dust that is left after the sawing process can be used as fertilizers for plants and other trees!

The likes of Coco Fiber, natural and eco-friendly coconut-made toothbrushes and most importantly, it can be used as medicinal component treating several types of diseases and health conditions such as fever, diarrhea, and hemorrhoids to name a few.

Whilst there are still other parts of the tree which I have not dealt with, surely the above list evidently states that every part of the Coconut Palm has commercial value. May it be the sap, the fruit, the leaves, trunks and even the roots. With the right knowledge and proper care of this tree, one can definitely benefit from all the uses of every single part. Truly, the Coconut Palm is the tree of life!

Moringa Oleifera: The Tree of Life