How Did you Make Your money? 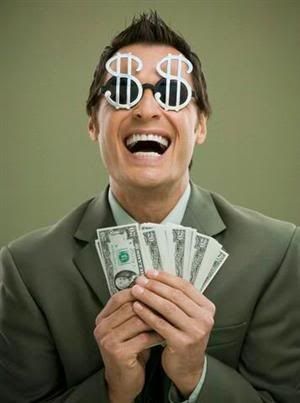 A young man asked an older rich man how he made his money.The old guy fingered his sweater and said,

"I invested that dime in an apple. I spent the entire day polishing the apple and, at the end of the day, I sold the apple for fifteen cents.

"The next morning, I invested those fifteen cents in two apples. I spent the entire day polishing them and sold them for 30 cents. I continued this system for a month, by the end of which I'd accumulated a fortune of $1.59."

"And that's how you built an empire?" the boy asked.

"Heavens, no!" the man replied. "Then my wife's father died and left us two million dollars."