When you look back to your life and check all the things which happened in the past brought some positive changes in your point in time of your life. You will smile to all of them and ignore all the sadness. A nice person said “Not all of us can do great things, but we can do small things with great love.” 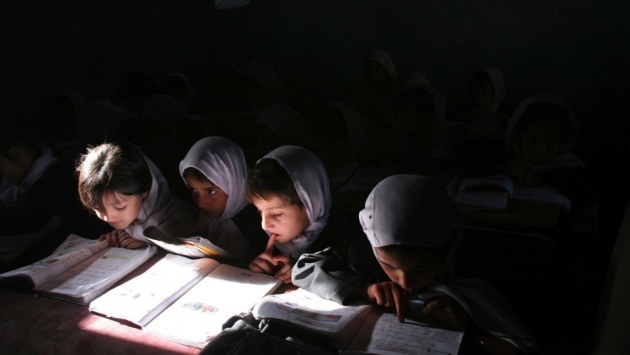 Khatera Nabi Zada is one of the students who graduated last semester from English class of our Organization. They are twelve persons at home, six sisters, four brothers with their parents. She is seventeen and also graduated from school several months ago in six positions. She participated in Kankor Exam which should pass it that becomes accept in the university. But she couldn’t pass it. She was too sad and became depressed. She liked to became a journalist in the future and bring some changes in the women issues in Afghanistan. She was good student in English class. She talked and knows English very well so she  became a teacher in some orgnazation that has English course for Shakardara’s women. She gets 2,000 Afs each month from this course and can make money for her family. She is so happy because she can help her family. Her father doesn’t work to any Organizations, Schools and Office. He just works in the garden. Her mother is working as health worker in other clinic in Shakardara that called Behzadi Clinic. Her salary wasn’t enough but Khatera can help her mother in financial problems at home now. In addition, several months before the director ofShakardaraGirlsHigh School came to their house and said “we need to Khatera to become English teacher in School because we don’t have any English teacher in Shakardara.” Khatera became happy and accepted to be English teacher. Now, she can make more money for her family. She said “I could to find a good job as teacher. That is true that I couldn’t pass the Kankor Exam, couldn’t go to university and became a journalist, but I am an English teacher right now and will help my family and women to learn English so it is big changes in my life.” 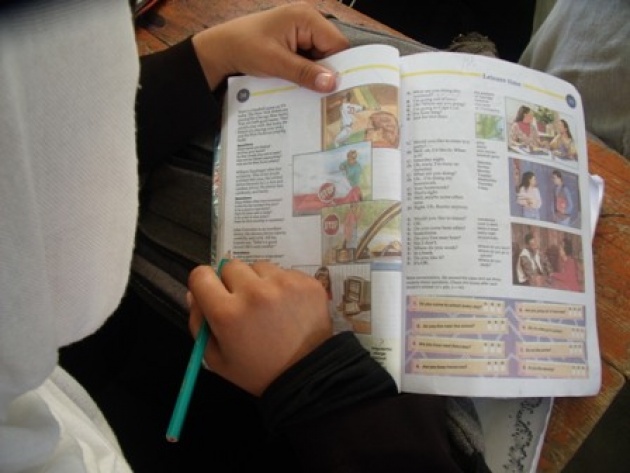 I asked her about what she thought about first time that she participated in English class. She said “my mother was more exciting about it than me. She encouraged me that participate in the class. When I participate for first time, I meet Parwana who was our teacher and her behavior was very well and talked kindly. So thought that one day I can talk and act like her? Can I talk to other language? I had a dream that became a person which talks in other language and help people.”

In addition, she said  that “ sometimes, I was at home and lesson to English news in Television or radio I didn’t understand it at first but after while that I learned more I could recognize some words in the sentence that announcer talked. It cause encouraged me to read and try more in English class. Sometimes, I became so happy because nobody couldn’t understand English at home. For fun I laughed at my older brother, Shoaib, that doesn’t know English so he wanted to change the channel but I don’t let him. We don’t have electricity and we use Solar (A machine that install in roof and Absorption the light of sun and change it to electricity) so it was difficult for me to choice the channel that I wanted. However, when he saw that how much I improved; he also participates in the English Classes. Inside that my brother and I became friendly because we talked about Secret things in English that we don’t like to anybody know about it and wanted to keep it secret. For example: he was fall in love with my beautiful friend. He always asked me about her in English.” 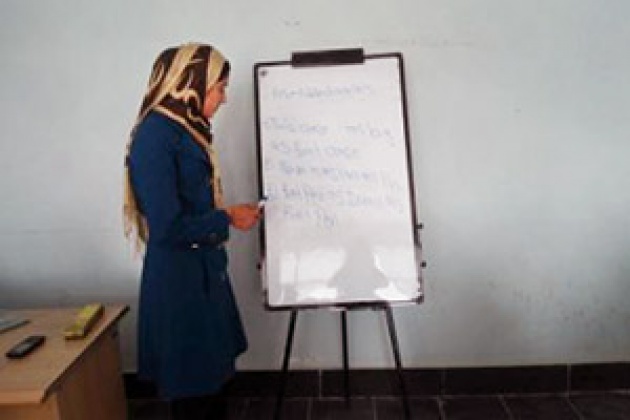 According to interview when I asked that who and what is encouraged you to learn English she adds “In village is hard to learn English because nobody talk English and you can’t practice it very well. When you learn other language you have to talk more and more but when you live in a village that people can’t talk English how you can improve fast. Language need to practice. At first I was so happy that nobody at home doesn’t know English because I felt different, but when I understood that if my sisters and brothers learn English we can improve better. Because of that I encouraged my sisters and brothers that participate in English Class. My sisters participate in English Class in this semester.My mother has a important and main role that we learned English because she always support us.”

When I got the certificate from English class; I felt that how much I am lucky that brought some big changes in my life and I will bring some other changes in other afghan girls.