how people interact with search engines

One of the most important elements to building an online marketing strategy around SEO is empathy for your audience. Once you grasp what your target market is looking for, you can more effectively reach and keep those users.
[Image: robot-evolution.png?e624d10]We like to say, "Build for users, not for search engines." There are three types of search queries people generally make:
"Do" Transactional Queries: I want to do something, such as buy a plane ticket or listen to a song.

"Know" Informational Queries: I need information, such as the name of a band or the best restaurant in New York City.

"Go" Navigation Queries: I want to go to a particular place on the Internet, such as Facebook or the homepage of the NFL.
When visitors type a query into a search box and land on your site, will they be satisfied with what they find? This is the primary question that search engines try to answer billions of times each day. The search engines' primary responsibility is to serve relevant results to their users. So ask yourself what your target customers are looking for and make sure your site delivers it to them.
It all starts with words typed into a small box
The True Power of Inbound Marketing with SEO

Why should you invest time, effort, and resources on SEO? When looking at the broad picture of search engine usage, fascinating data is available from several studies. We've extracted those that are recent, relevant, and valuable, not only for understanding how users search, but to help present a compelling argument about the power of SEO.
[Image: blackboard.png?2707efa]
Google leads the way in an October 2011 study by comScore:
Google led the U.S. core search market in April with 65.4 percent of the searches conducted, followed by Yahoo! with 17.2 percent, and Microsoft with 13.4 percent. (Microsoft powers Yahoo Search. In the real world, most webmasters see a much higher percentage of their traffic from Google than these numbers suggest.)

This amount will represent 26% of all advertising budgets combined.
view
Search is the new Yellow Pages from a Burke 2011 report:
76% of respondents used search engines to find local business information vs. 24% who turned to print yellow pages.

67% had used search engines in the past 30 days to find local information, and 23% responded that they had used online social networks as a local media source.
view

An August 2011 Pew Internet study revealed:
The percentage of Internet users who use search engines on a typical day has been steadily rising from about one-third of all users in 2002, to a new high of 59% of all adult Internet users.

With this increase, the number of those using a search engine on a typical day is pulling ever closer to the 61 percent of Internet users who use e-mail, arguably the Internet's all-time killer app, on a typical day.
view
StatCounter Global Stats reports the top 5 search engines sending traffic worldwide:
Google sends 90.62% of traffic.

A #1 position in Bing's search results averages a 9.66% click-through rate.

The total average click-through rate for first ten results was 52.32% for Google and 26.32% for Bing.
view
All of this impressive research data leads us to important conclusions about web search and marketing through search engines. In particular, we're able to make the following statements:
Search is very, very popular. Growing strong at nearly 20% a year, it reaches nearly every online American, and billions of people around the world.

Search drives an incredible amount of both online and offline economic activity.

Higher rankings in the first few results are critical to visibility.

Being listed at the top of the results not only provides the greatest amount of traffic, but also instills trust in consumers as to the worthiness and relative importance of the company or website.
Learning the foundations of SEO is a vital step in achieving these goals. 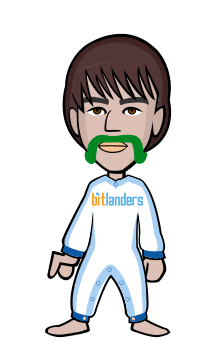 Hey, Do you know about me? My name is Hamzah Yousaf . I am an enthusiastic blogger, web designer, SEO Analyst and computer instructor. I've devoted my life to learn something and to share it with others. I can provide you the best work in following subjects: SEO Blogging Web…

The 7 Rules for Better Your Website Optimization - Photo credit:profitointeractive.com Edition by Am…

Hi everyone, If you really want to know about SEO importance and value in Industry! then you are at …