How Sports Can Uplifts Social Wellbeing – Revolution of Sport League's

Social wellbeing is the extent to which you feel a sense of belonging and social inclusion; a connected person is a supported person in society. 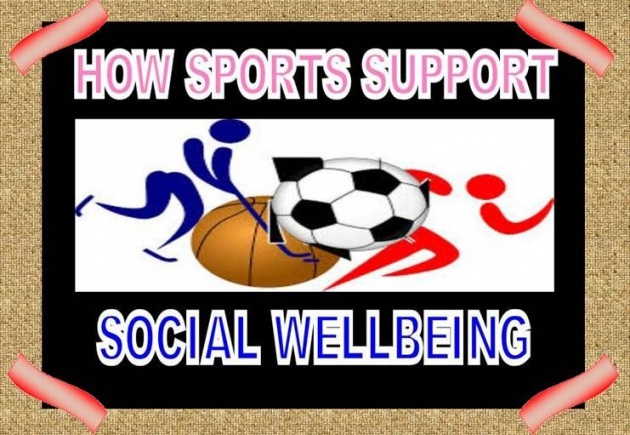 The phenomenon of sports is prominent all around the globe.  For every culture sports has their own values and influences. Sports encourage making the communities identity which boost the engagement, pride and deed. Sports offer diverse set of experience that’s attracting almost everyone. Mostly people (irrespective of age, culture, and socio economic) like to play and watch sports. The time was when sports are just a competitive physical activity whose aim is to boost the more participation for improving physical ability and skills. But now sports are more than just a competitive and physically activity.

Nowadays the viewpoint of sports is beyond the personal benefits of participants. The sports organizations area of focus bends to social responsibility because of sports global reach. Sports has a great appeal for youths which can dramatically help to underpin the health and social development

Snyder and Spreitzer (1978) summarize, sport has emerged in the last of the twentieth century to become one of the most pervasive social institutions in contemporary societies.

Today the sport communities and government mind shifts to the new strategy which is “sports for social goods”. In this new era the success of sports are not measured just by personal gain, more participation rather it’s also consider how much sports can deliver to social goods. That’s the key outcomes which will defined the sports success are:

Sports have a great power to build a reflective and positive effect on individuals, society and communities.  Boosting participation in sports can offspring dramatically socio –economic benefits. For this agenda many sports organizations put in productive efforts to access the sports to youths which also focus on youths not tend to participate in sports, including men and women, whatever reason.

According to Simon (1985) sports as a significant form of social activity, sports affect the educational system, the economy, and the values of the citizens. Especially, in the present time, the social impact and significance of sports is massive

Why Sports Are Considered For Social Wellbeing

Usually participation in sports means improving the physically activities which aids to enhance the fitness, personality & emotional development. Sports at competitive level also regarded a sort of fame and reward. Today sports organizations pick a new strategy for sports “Sports For Social Good”. Sports has the greater prospective to address the social issues at massive level and to cross-out the barriers at global level. Many sports organizations, leagues are working toward this motto some of which are FIFA, NBA, and ADIDAS etc are working toward the sports and social responsibility. Let’s see why sports are considered for social or global good:

Sports huge popularity and its global reach make it the best option to reach at million of peoples to aware and initiate them to participate for social good at global level. That’s the reason today sports are considered a powerful media to attain social responsibility goal.

How Sports Can Contribute To Social Good or Wellbeing 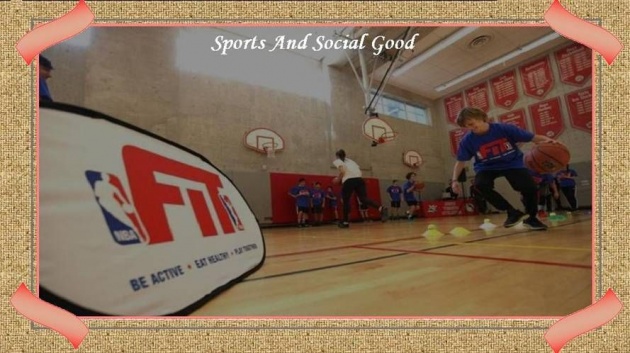 Today Corporate Social Responsibility increasingly becomes the focus point for organizations including sports bodies. What is corporate social responsibility (CSR)? Earlier the only mantra of organizations managers was ‘the only business of business is to do businesses’ but this mantra exist no more.  Today every organization has to follow the concept of CSR. That means they need to think beyond the self economic benefits and must consider the social, legal, ethical and moral impact of their decisions.

But today social responsibility is expanding its feet to sports organization also because of sports popularity all around globe and great ability of addressing social issues. Sports have the great power to cross-out the social, ethical and religious barriers to unify the people worldwide. That’s sport bodies whether clubs, leagues, federations and even individual athletes strategically work for social good along with sporting activities. One of these types of Sport bodies which are working for social good is “NBA CARES LEAGUE”.

What Is NBA Cares?

“NBA” The National Basketball Association, which is founded in 1946, is the sports and entertainment league. NBA features the 30 teams in United States and Canada and it’s is worldwide famous league where history’s top player of basketball played. Instead of growing basketball ball worldwide the team also dedicated to social responsibility. That’s in 2005 NBA league launches the NBA Cares program to address the social issues in United States and around the world.

All corporations have a social responsibility to contribute to the health, welfare and advancement of the communities in which they operate, but professional sports leagues carry a special obligation,” said Stern. “The remarkable celebrity that NBA players hold empowers them to effect change

NBA Cares is the league’s international renowned Program working with international recognized programs which support education, sports, youth and family development and health related causes. The mission of NBA Care’s is to address the social issues related to United States and around the globe at global level. This league’s also committed to inspire the youth to play by teaching basketball’s values. NBA Care’s teams, players and even partners committed to raising the programs helps to improve the quality of life of every person. NBA Care’s also expanding its efforts towards the life improvement of women by inspiring them to participating in sports. See below the Quick screenshot of NBA Care’s Social Welfare programs 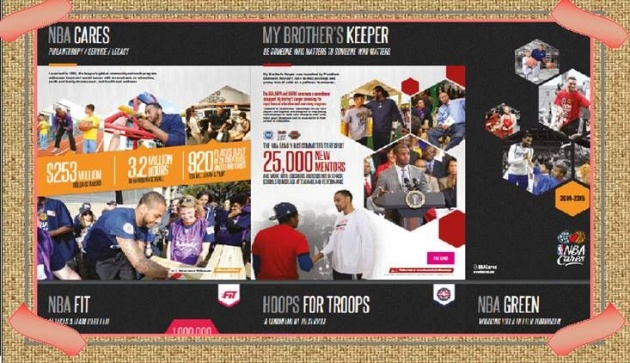 The NBA Cares, players and team, help the million off lives people in need to give them a better life. The NBA Cares with its various initiatives stab to prop up health, education and community growth. The some of the achievements which NBA Cares get toward its social responsibility are:

The National Basketball Association League’s NBA Cares Program is dedicated to social responsibility whereas league’s team and player well use its popularity and visibility to bring positive change around the world. The league’s team and players serve as role model to encourage people to donate to cause and also inspire them to live a healthy and fit lifestyle. The league use basketball game to teach the public importance of teamwork, sportsmanship, respect and many other things whereas stress is on to make healthy choices in life to live well. 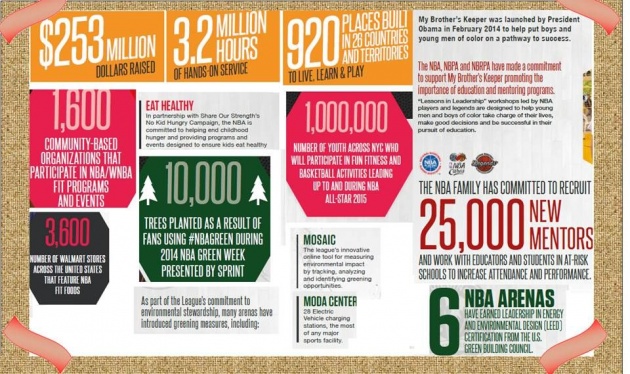 Sports has the great supremacy to unite the people beyond the social, cultural, ethic and religious barrier that’s many sport’s organizations shifts their mind to personal gain to social wellbeing. For this Many sports committees following the footsteps of “Social Welfare Through Sports”