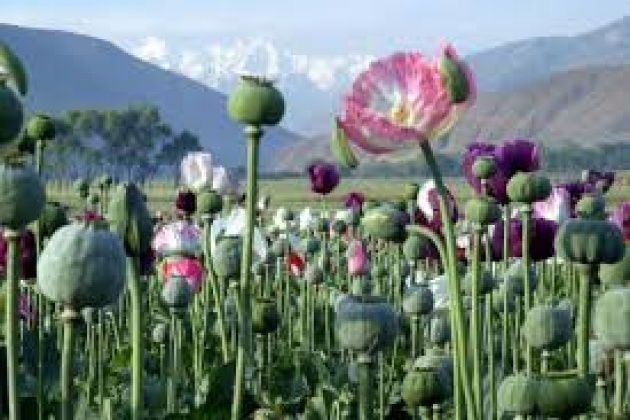 Opium is a drug obtained from the poppy plant Pavaper Somniferum. Since it contains about 12% morphine, it's used in medicine as an analgesic. Unfortunately, its use goes beyond its pain-relieving properties, as it gets traded illegally all over the world as an addictive drug. It's typically smoked in order to vaporize the morphine and get high, or it's chemically processed to produce heroin. Opium's high demand is due to its narcotic properties, but a chronic consumption of opium can cause several disorders, including heart damage, respiratory diseases, malnutrition - due to loss of appetite - and depression. If it's consumed under the form of heroin, it can cause life-threatening diseases and infections. Unfortunately, the opium poppy is easy to grow. It doesn't require irrigation unless it's in danger of drying out, it demands no expensive fertilizers, and requires no insecticides or fungicides. The plant can be grown pretty much everywhere the climate is temperate, warm and low in humidity. 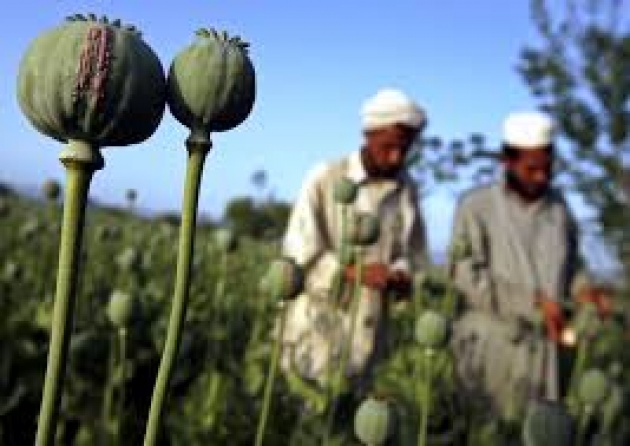 Where does opium come from? 90% of the world's opium is produced in Afghanistan. No, this isn't a typo. The United Nations just recently released a report in which they estimated that opium production in Afghanistan has fallen by a third, but this happened only because of bad weather and disease. The extension of land that is being allocated to the production of opium has actually increased by 18%, especially in the south and west areas of the country, including Helmand province. Criminal organizations - together with radical groups - greatly benefit from the production of opium, which contributes to the instability and lack of security of these specific areas of the country. More and more locals are growing opium plantations because the price of the drug has skyrocketed during the last few years. 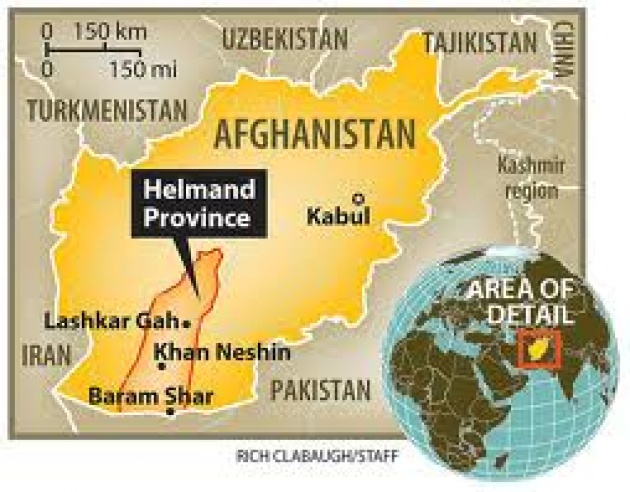 The economy of Afghanistan is clearly affected by this cancer. The situation creates an economic stagnation of huge proportions. A large percentage of fields is being allocated to grow opium instead of more exchangeable crops. Instead of harvesting products the whole population can use - and trade - many Afghans prefer cultivating opium, which is easier to manage, requires less work, and is much more remunerative. Why should a landowner break his back harvesting a different product, when he can earn more money with less effort?

Yemen is going through a similar stagnation, with the difference that it's even more diffused. For several hours every day the country paralizes, especially in the areas further away from the main cities. The vast majority of the male population sits for hours chewing the leaves of "khat", a plant with stimulant properties that is used as a recreational drug to cause euphoria and decrease fatigue. The productivity of the nation stops, and the only people working the land are women. A few years ago I traveled through Yemen, and saw pretty much everywhere entire fields devoted to the cultivation of khat. The only workers on the fields where the guardians with AK-47 protecting their property. Since growing and trading khat is highly remunerative, why should Yemenites bother harvesting other back-breaking products? 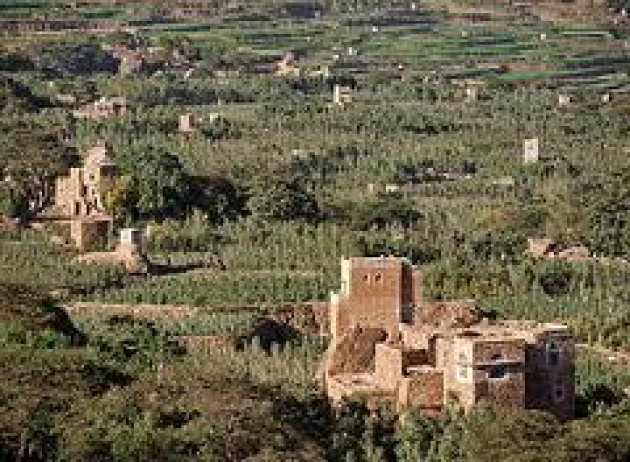 Afghanistan's relationship with opium is dangerous. Many officials are accused to be part of the problem - instead of the solution - and corruption represents a challenging obstacle to overcome. Criminal organizations continue to finance their movements with the revenue coming from opium trade, often with the compliancy of government officials enriching their pockets during the process. This situation continues to threat the stability of the nation, with the average Afghan women and men suffering the most. Opium production and trade ultimately contribute to the country's poverty and unemployment, and prevent the population from moving forward and prospering from their honest work. If Afghanistan doesn't eradicate this problem, its development will suffer from further delays, and the international community will continue to pressure for a positive and constructing change. Just to make an example, only recently the US suspended a ban on Kam Air - the largest private airline in Afghanistan - which had been accused of shipping drug into Tajikistan. The US announced that it would allow for military contracts to take place as long as the Afghan government continues to investigate on the matter. So far, Kam Air has rejected every accusation, but these allegations obviously look bad on the company, and consequently on Afghanistan culture. This is how the opium problem can permeate many aspects of Afghanistan economy and directly affect Afghanistan GDP. 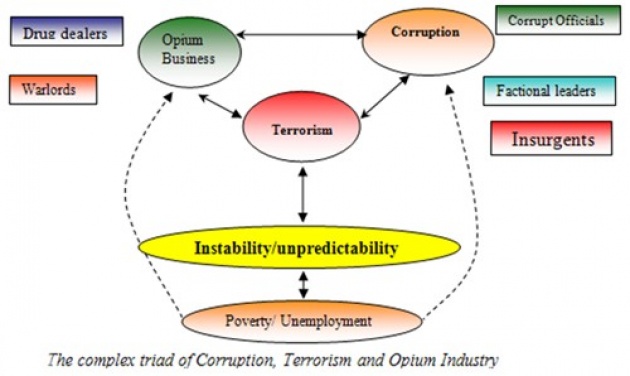 Eradicating opium production won't be easy, but it can be done. If more investments are allocated to exploit the nation's natural sources of economic growth - gold, gems, iron ore, oil and gas being just a few - more job opportunities will be created, higher salaries will be granted, more prosperity and wealth will be developed, and a better quality of life will be achieved. If the Afghan government can offer those people in Helmand province a viable alternative, they will more likely decide to switch from the dangerous opium business to a safer alternative. It's up to the Afghanistan leaders to find these resources and capitalize on them, making sure they don't get sold to foreign forces and corporations. Some countries are helping Afghanistan in this process. UK is currently financing a sector of the mining industry. This will help the nation exploit its own natural resources without having to give them up. It's important that Afghanistan doesn't repeat the experience of many other post-conflict countries, particularly in Africa, where large resources proved to be a curse.

What else can be done to annihilate chronic opium economical dependency? You can do it with rifles, or you can do it with pencils. Afghanistan is choosing the latter. The education in Afghanistan is discovering a new youth. Thousands of Afghan girls are enrolling in schools and the Afghanistan literacy rate for females is quickly increasing for the dramatic 12.6% in 2000. The educational system in Afghanistan is open to foreign help, and companies from all over the world are investing in this youth, providing logistics and educational tools that this population can use to succeed in the modern world. Film Annex is currently building Internet classrooms in 40 Schools in Herat - the third largest city in Afghanistan - providing 160,000 students with computers to stay connected with the rest of the world. In return, this will increase their professional opportunities, brining their country up to speed with the rest of Central Asia and the world. Afghanistan can't help feeling optimistic about this new generation of citizens eager to improve their country. Despite the grip that opium continues to have on this nation, the future of Afghanistan looks brighter than ever. 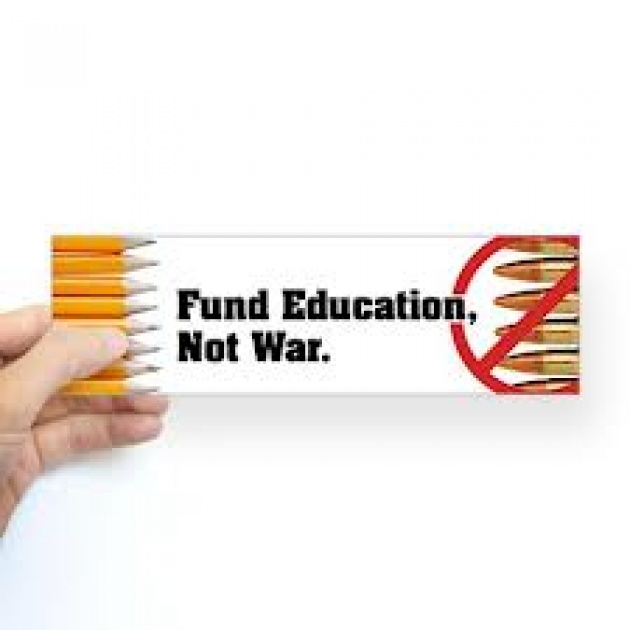