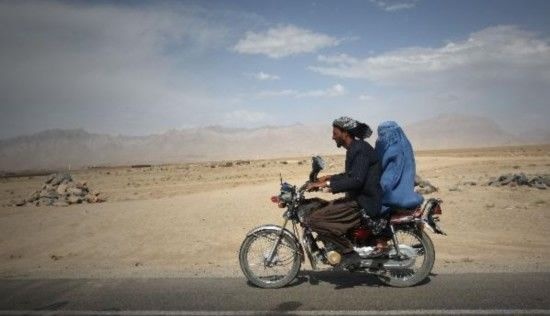 On November 16th 1999 the Taliban publicly executed a woman in Ghazi stadium, Kabul. Her name was Zarmeena and she was mother to seven small children. The Taliban alleged that she had killed her husband and shot her in the head in the football stadium where thousands of onlookers had gathered to watch the sport. This video was smuggled out of the country by a member of the Revolutionary Association of the Women of Afghanistan. Masha Hamilton, a human rights activist and journalist saw the video of the kneeling woman being shot repeatedly in the head and resolved to do something to give these women a voice. In her own words the reason behind this was:  “Our mission is to support the voices of women with the belief that to tell one’s story is a human right. Though it sounds simple, I cannot say how important I think this is in a country where women have been told their stories do not matter, and urged to be silent, and warned against honesty.”

With NATO forces set to withdraw this year from Afghanistan, much speculation has been devoted to whether Taliban will return to power and what the newly independent country will look like. Starting with the Soviet Union Invasion in the 1970’s, the surreally beautiful country has been desolated by being the epicentre of power clashes between cold war enemies. Then came terrorism. Its women have paid, and continue to pay, the heaviest price. Looking at preliminary drafts of the upcoming constitution, it looks like their lot is only going to get worse. What kind of bleak lives must these creatures live, imprisoned in inhuman conditions in modern times, with no recourse for escape or improvement? They do not want your pity, they want freedom. History is witness that when every type of human dignity has been stripped from individuals that is when the power of their pen is the mightiest. Afghan women need to voice their anguish now and we need to hear them. With this sentiment in mind, the Afghan Women’s Writing Project (AWWP) was set up.              Over the years the Project has drawn strength from the trials and tribulations of a thousand Zarmeenas. Once they took up the pen, the women felt a quiver of something they had long forgotten- Hope. “I took my pen to write and at first I was afraid: what to write? About what? But this was a project to write about everything, and I took the pen; I didn’t write from outside of my heart, I began to write about whatever was in my heart… The writing project gave me a voice, the project gave me courage to appear as a woman, to tell about my life, to share my pains and experiences. I wonder how big the change in my destiny is because of your work and this project. Who would trust an online class, a writing project, to change a destiny and a faith? AWWP gave me the power to feel I am not only a woman; it gave me a title, an Afghan woman “writer. I took the pen and I wrote and everything changed. I learned if I stand, everyone will stand, other women in my country will stand,” said AWWP writer Roya. On why should we care about such literatures, Masha Hamilton says, “But why should we care about an essay by a woman from Kandahar, or a poem by a woman from Logar? Because in telling their own stories, we’ve seen these women gather strength, courage, and self-confidence. They become empowered to make change within their homes, their communities, and eventually their country. They also gain computer literacy and skills of language and critical thinking, which increases their job-related skills. A number have used as part of their job or school applications work written for AWWP, shepherded through by our award-winning mentors and editors, and put up on a site updated constantly by our volunteer webmaster. They have become lawyers, journalists, parliament members.” Kabul. That beautiful capital of the tragic country where people gather to watch executions in football stadiums. That is their only entertainment because any form of dance, music, art or cinema has been banned. Severe military bases, constant armed Taliban patrols and furtive looking men and imprisoned caged women go about their daily lives. The impossibly stark natural beauty of the land, almost savage to a stranger, is a forgotten reality. Afghanistan is the sum of its women, straddling the weight of unshed tears and untold stories. It is priceless in its tragedy. Included here are two pieces of writing from the AWWP website. Basira recalls a terrifying tale that sounds far too true to be a rumour. Hila tells us what she would do if she met god.