How to feel refreshed even after too little sleep - and why you MUST have an afternoon nap. Never wake up tired again.. Please C 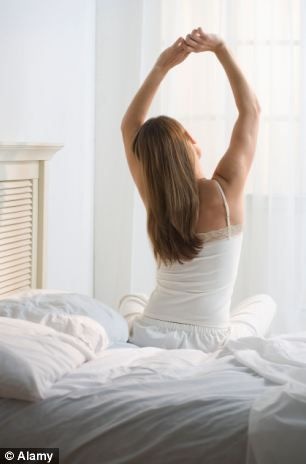 We are now living in a world that never sleeps. Because of this, scientists across the world have started to examine what happens to people’s brains and bodies when they become sleep-deprived. Their results are enough to keep you up at night.

In the 1980s, a scientist from the University of Chicago conducted perhaps the best-known, and most disturbing, study into the topic.

He and his colleagues wired up a group of rats to a machine that measured their brain activity, and then placed each of the animals on a stationary disc above a bowl of water. Every time a rat’s brain activity indicated that the animal had fallen asleep, the disc would slowly rotate. This, in turn, forced the rat to wake up.

Despite having access to more than enough food, within a week these sleep-deprived rats started to lose weight and their fur developed an unhealthy yellowish tinge.

After a month, all of them had died, thus proving that sleep is essential for life. Of course, this was extreme sleep-deprivation. You might expect that losing a smaller amount of sleep — say, just an hour or so each night — would not be especially detrimental.

In fact, even a minor reduction can dramatically increase the chances of you having a serious  accident in everyday life.

In 2003, Gregory Belenky and his colleagues at the Sleep And Performance Research Centre at Washington State University staged one of the world’s most comprehensive studies into sleep loss.

However, the results from those getting seven hours’ sleep per night proved especially surprising.

Although these volunteers constantly assured the researchers that they were as wide awake as those on nine hours, the data revealed a very different story.

Thanks for Reading My Blogs...