How to Identify Fake News in Social Media

Fake news has truly been rampant nowadays especially on popular social media platforms like Facebook and Twitter. In my last post, I’ve shared to you the general idea of what fake news is and the types of fake news existing on different sites. Today, I will be sharing you some significant tips to help you distinguish real news from fake news. 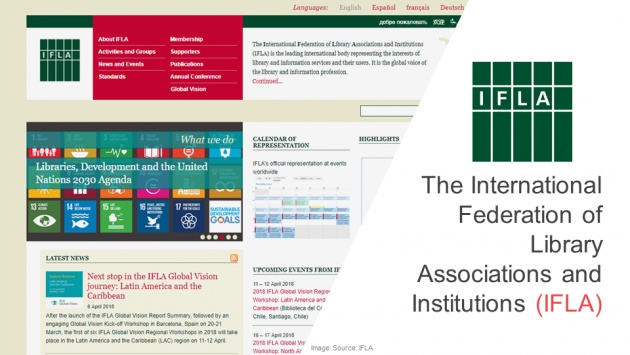 These tips come from different literary organizations such as The International Federation of Library Associations and Institutions (IFLA). Moreover, the tips I will be sharing can also be further summarized into three main characteristics which for you is a good chance to change your role from a victim to an investigator. Fake news in social media platforms differs from real news by credibility, syntax, and media presence. 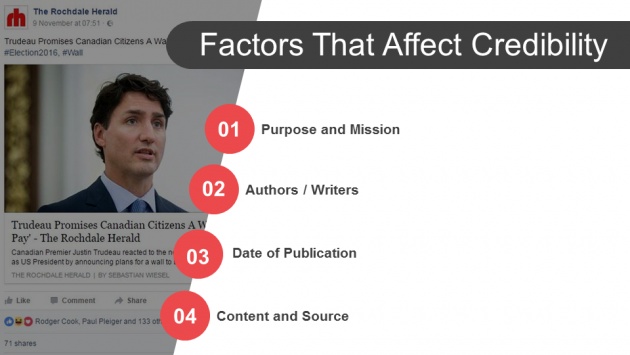 The first characteristic that differentiates fake news from real news lies on the simple concept of credibility. Credibility can be described as the guarantee of the news to be true. Several aspects can affect the credibility of the news.

·         The purpose and mission (in other words, the aim) of the news has the biggest effect on credibility. Fake news typically sugar-coats their aims, attack an individual or organization directly, or has no clear purpose.

·         Authors or writers of the news also play an important role in determining whether the content of the news is to be trusted. Fake news would mostly be written by anonymous individuals or organizations or an impostor of a widely known writer.

·         Readers should also be wary of the date of publication of the news to verify if the information embedded in the content is relevant and up to date. Some fake new are mostly out-dated news that had gone viral over the cyberspace. Readers should still be wary of recent news since they might have copy-and-paste contents from the out-dated news.

·         Finally, a point to consider in assessing the credibility of a news lies on the supporting sources of the claims in the contents of the news.

Readers should also be wary of their personal biases as these could easily affect their decisions in choosing the source of information to trust. Bias in the source of information is one of the most common among the said biases. Readers in social media platforms are also often affected by the “fever of the crowd”; they easily believe in information which has a huge number of likes and shares.  The compelling behavior of liking and sharing a trending post makes most of the information on social media platforms unreliable. In order to get rid of this behavior and to affirm the credibility of the news, readers are advised to consult others who are experts in the field of knowledge. 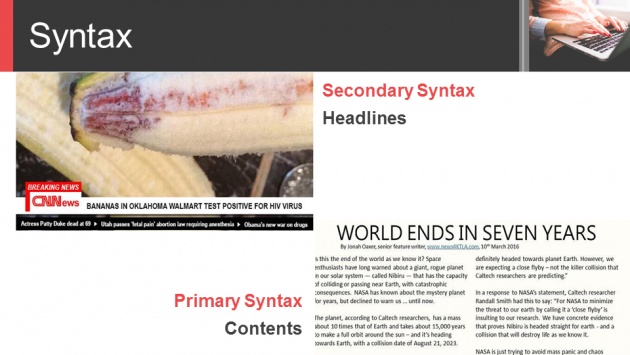 Let’s now move on to the second characteristic differentiating fake news from real news which is the syntax. There are two kinds of syntax to watch out for the news in social media. First, lies on the eye-catching headlines of the news. Headlines generally grab the attention of most readers thus making it the first to be altered or manipulated.

Fake news writers often exaggerate the headlines to encourage readers to read the news article. Headlines like ‘Bagyong Basyang destroys farmlands in Argao; the price of rice is expected to increase’ (or other headlines similar to online advertisements) are merely written to induce panics and in some cases, manipulate the public’s opinion on the matter. Headlines like this provide no connection to the actual content of the news and therefore deemed as fake news. Still, many readers would have the difficulty in identifying fake news based on headlines alone. The second syntax, fortunately, could further provide the readers the insights in identifying whether the news itself is fake or true.

The second syntax, also known as the main syntax, is the content of the news. Several conclusions can be drawn out by reading a news article.

·         A large number of spelling and grammatical errors makes a news unreliable and therefore could be an indicator or a fake news. Reliable news undergoes a series of proofreading and editing and a final screening (to make sure it follows the standards) in order for it to be published. Experts and critics of the field are usually hired by news companies to aid during the process of evaluation.

·         Non-citation in the claims and references can also be an identifier of fake news. After all, every professional news writers know the non-citation of sources spells a lot of trouble.

·         Finally, the false connection between the visuals and the captions of the images make a news entirely fake. 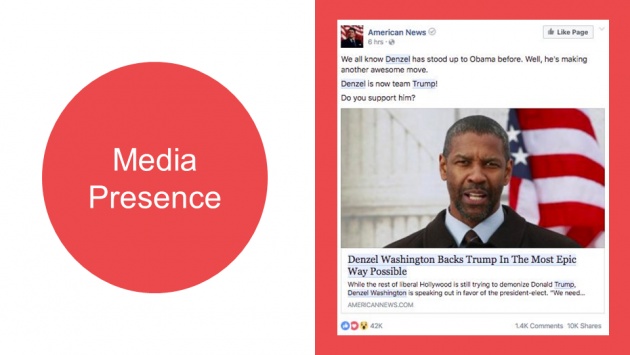 Finally, the third characteristic that can be used to identify fake news is media presence. Media presence regarding news on social media platforms refers to the influence of the news to affect individuals. This can be measured by the frequency of a news writer posts in social media as well as the high number of likes and shares. Media presence is generally linked to credibility and syntax; trusted news with no errors is expected to have a high media presence. However, high media presence does not necessarily ensure that the news true. Readers are easily allured by great visuals and flow of the news and thus could affect their decisions in analyzing whether the information within is genuine. 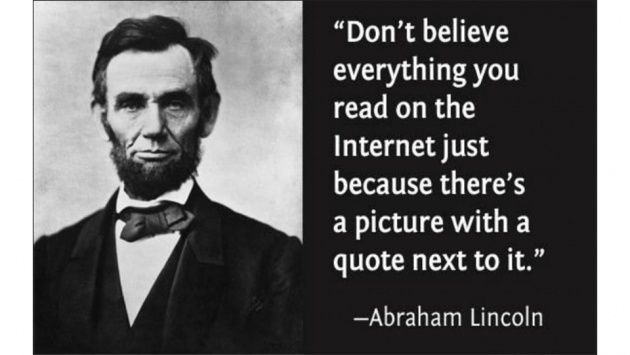 Finding fake news in a whirling storm of stories in social media has never been an easy job. An international organization can hardly even keep track of the number of fake news written and published in a day. It is utmost true that the characteristics of credibility, syntax, and media presence are significant whether a news is genuine or not. However, these indicators can only be true for some and not for all. Still, our seemingly insignificant actions (compared to widely known figures) of debunking fake news can transpire a chance of support for the same actions to arise. And let me end this speech by “quoting” Abraham Lincoln, “Don’t believe everything you read on the Internet just because there’s a picture with a quote next to it.”

Advance Fake Traffic Generator is a simple tool that can generate page views to any webpage,blog, et…

Now a days freelancing is very common. Every body wants to work online. They waste their precious ti…

Lies sound like facts to those who have been conditioned to mis-recognize the truth."--DaShanne Stok…