Net Neutrality can be defined as the process or idea of treating everybody on the internet equally. That's it. It's not a fancy engineering term or a catchy phrase thrown around by start-ups. It just means that all of us who have access to the internet should be treated the same.

Now the lawsuits surround net neutrality differ a bit, but Verizon's is definitely the most likely one to go in their favor. If it does the web as we know it could potentially change forever.

The nation's second most powerful court is poised to decide whether Internet service will go the way of cable TV, resulting in a system in which users may have to pay extra to receive content from online services such as Netflix, iTunes or YouTube.

Verizon wants to edit the web and allow premium models for accessibility. Basically this would give Verizon and other internet service providers the ability to charge extra for access to premium websites such as YouTube, Netflix, and other top 100 websites. 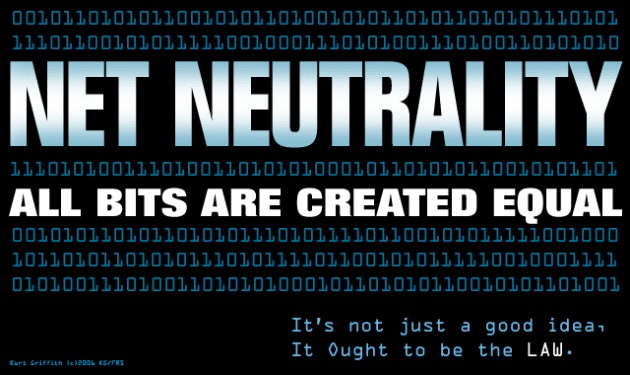 These websites are debatable to address (since I can only imagine certain packages would arise), but they would be selected based on traffic. So lets assume that if this does happen and premium models of internet access come our way the websites we all know and love are going to cost us more to get to them.

Clearly, unacceptable. Tom's Guide breaks it down showcasing a possibility of what would happen . . .

No ISP has said outright what it would do if net neutrality rules were struck down, but it's clear from statements made in the past that some ISPs believe they should have the authority to control how users use the ISPs' networks to access online content.

One scenario envisions that ISPs would offer customers "basic" plans to access common sites and applications, and then package access to other services, such as video streaming or VoIP telephone services such as Skype, as part of more expensive "premium" plans, similar to what currently happens with cable TV networks.

With the decay of television and the rise of online media it is very possible this could occur and change the scope of our technology forever.

Are you in support of net neutrality? Would you be opposed to paying more for a premium internet service that offers you more content and protection?